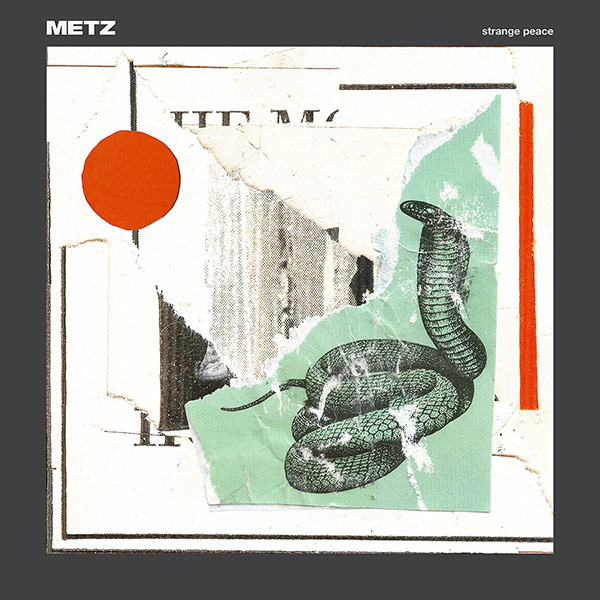 If at the beginning of summer we informed you that the Canadians METZ were going to publish a new album and that they were going to start also a world tour, today we can finally listen in a full their third studio album. After releasing a preview a week ago on the NPR website, the band from Ottawa once again showcases their potent mix of noise rock and punk in Strange Peace (2017), an album produced by Steve Albini in his legendary Electrical Audio studios in Chicago. After some listenings we can confirm that we've find with a much more melodic METZ than in their previous two albums, but surprisingly this hasn't affected all the power and fierceness that they used to bring us.