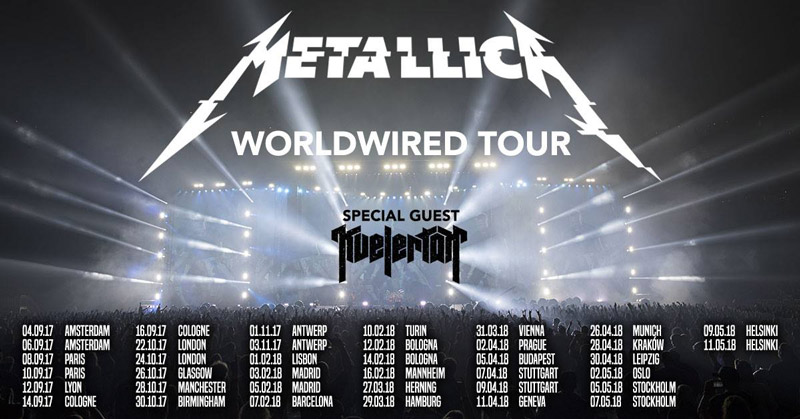 Metallica has announced today the dates of the European tour to promote their latest album Hardwired…To Self-Destruct. The European leg of the Metallica: Wordwired Tour, will feature the Norwegian group Kvelertak as opening act and will start with two concerts at the Ziggo Dome in Amsterdam on 4 and 6 September. In Spain there will be up to 3 concerts in the month of February: 2 at the Wizink Center in Madrid on days 3 and 5, while Barcelona will be the other city graced with a show on the 7th of February at the Palau Sant Jordi.