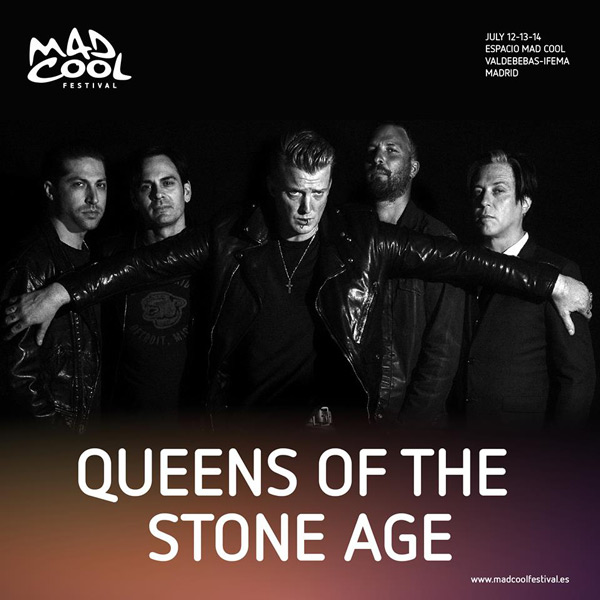 Update 07/11/2017: The organization of the Spanish festival has just confirmed on its Facebook profile that Queens of the Stone Age will be at the Mad Cool Festival 2018.

Following the clue games that the organization of Spanish Mad Cool Festival made last year, today they have been posted on their Facebook profile a video that points at specific coordinates (33.720643, -116.374641), located very close to Palm Desert (California), where Josh Homme founded Kyuss and later Queens of the Stone Age. If we also keep in mind that the newsletter that the band has published worldwide where in addition to announcing dates of concerts for the United States and Canada, have included the flags of Spain and Mexico under the title "Soon", everything indicates that the American band can be the first big headliner of the Spanish Mad Cool Festival 2018.