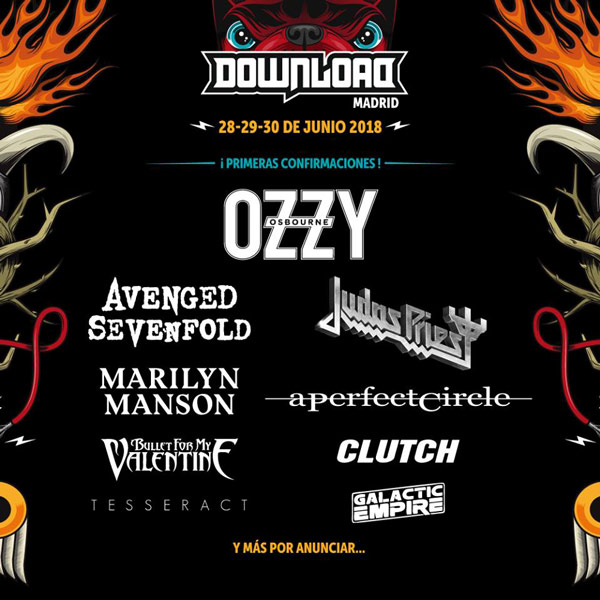 After its successful first edition last June, the organization of Spanish Download Festival Madrid has just announced the first names of its 2018 edition. In an impressive batch of names in which the presence of Ozzy Osbourne as a great headliner stands out, they've also confirmed the presence of Avenged Sevenfold, Judas Priest, Marilyn Manson, A Perfect Circle, Bullet For My Valentine, Clutch, Tesseract and Galactic Empire, thus closing a first round of confirmations of an incredible level.

Tickets for Download Festival Madrid 2018, which will be held from June 28 to 30, 2018 at Caja Mágica in Madrid, will go on sale tomorrow, Tuesday, November 7 at the festival's official website with a promotional price of 130 euros for the first 10,000 passes.