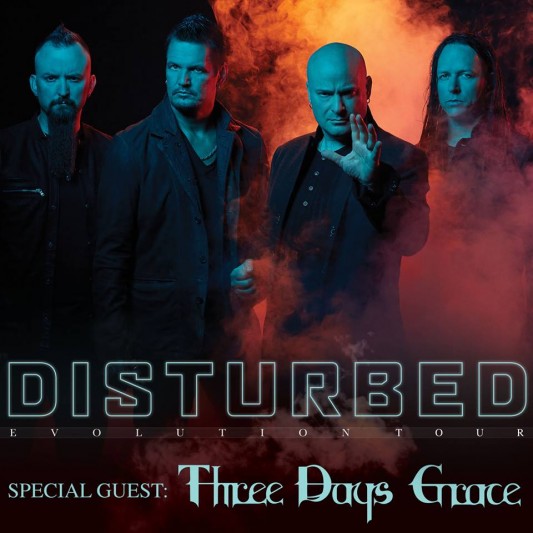 Disturbed have announced today a new worldwide headline tour in 2019 to premiere their awaited new album Evoltion (2018), which will be on sale tomorrow October 19. The tour, that will start in January in North America, will visit later Europe in April and May. The European tour will start in Spain (Madrid and Barcelona), playing later in Switzerland, Italy, Austria, Germany, Luxemburg, Sweden, Norway, Denmark, The Netherlands, France and the UK. In the case of North America, Three Days Grace will be the the supporting band of the tour.