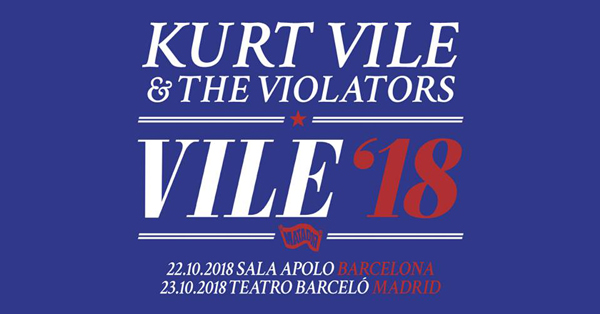 After visiting Spain last year at Mad Cool Festival 2017, Kurt Vile will return to Spain with his usual band The Violators to present what will be their eagerly awaited new album, according to the rumours that have recently appeared in some US magazines. The promoter Primavera Sound has announced that Kurt Vile & The Violators will give two concerts, one on Monday 22nd October at Sala Apolo in Barcelona, and one day later, on Tuesday 23rd October at Teatro Barceló in Madrid.

Tickets for both concerts by Kurt Vile & The Violators will go on sale next Friday 26th April at 11:00 at Portal Primavera Sound and Ticketmaster with a price of €24 + fees.