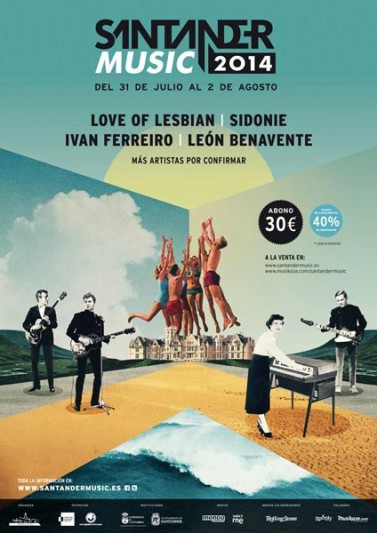 We already have the first bands confirmed for Santander Festival 2014, that will be held from 31th of July to 2nd August at Campa de la Magdalena in Santander. The organization has only chosen Spanish groups for this first round, with great names as Love Of Lesbian, Ivan Ferreiro and Sidonie, as well as one of the outstanding band of the year,  León Benavente. Despite this new batch of names, the organization continues to promote the launch of the three dat ticket for the festival with a special offer of 30 €, which would increase by 10 € for tickets that will include the official camping area. For more information, visit the official festival website www.santandermusic.es.