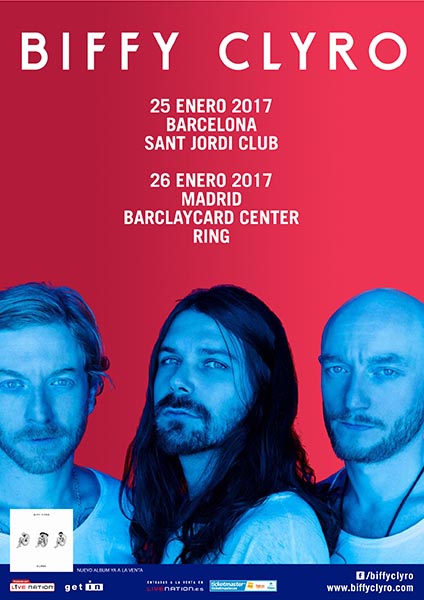 Scots Biffy Clyro, who this past July were at the FIB and Mad Cool Festival, just announced that in January 2017 will offer two concerts in Spain. On January 25 the band of Simon Neil and the Johnston brothers will perform at the Sant Jordi Club in Barcelona, while on January 26 they will be at the Barclaycard Center in Madrid presenting their 7th studio album ELLIPSIS, with which they have reached the number 1 in sales in UK.

Tickets will be available for sale on Thursday, September 15th at 10:00 on livenation & ticketmaster with a price of €30+ expenses.