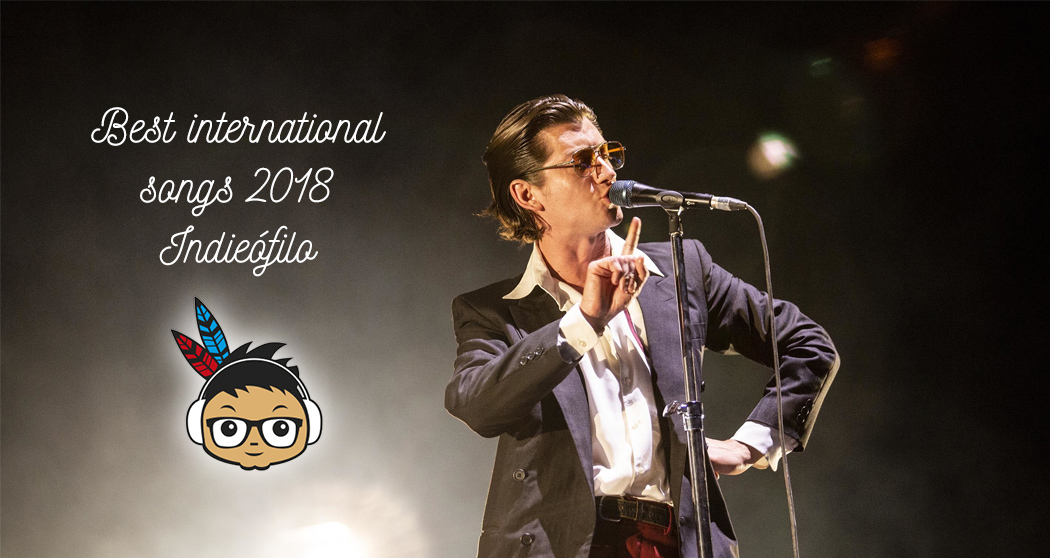 After a few years of power of a particular style, either Hip Hop or Trap, this 2018 has been one of the most varied years we remember in international music. Thus we can find tracks that have been records of listeners worldwide as those of Childish Gambino, Janelle Monáe or Lady Gaga, consecrated bands that deliver new hymns such as Interpol, Editors or MGMT or a good bunch of post-punk with IDLES, Bodega, Parquet Courts or Iceage

Our international theme for 2018 is "Four out of Five" by the British Arctic Monkeys. A half time song where keyboards and synthesizers are the absolute protagonists, to which are added little by little some guitars that remember for their sound to the Europe of the 70’s and that have as cherry on the cake the enveloping voice of Alex Turner and the marked sound on the drums of Matt Helders. The other privileged positions are for the electronics of his compatriots Django Django in "Marble Skies" and for the emotional "No Tears Left to Cry" by Ariana Grande.

01. Arctic Monkeys – Four Out of Five

16. Childish Gambino – This is America