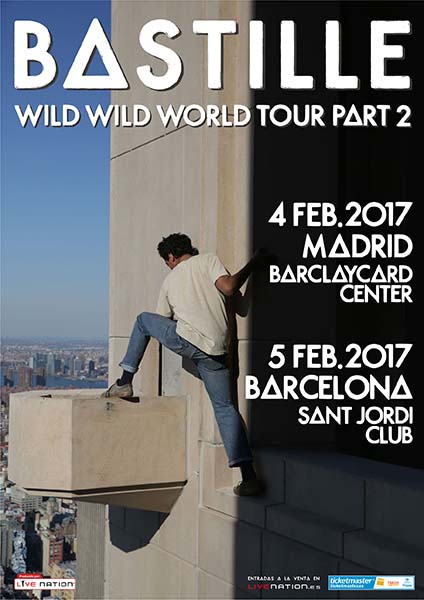 British band Bastille, who recently released "Good Grief", which is the first single from their highly anticipated new album that will be released on September 9, have just confirmed dates in Europe for their Wild Wild World tour Tour Part.2 and two of these dates are in Spain. So the band led by Dan Smith, author of hits like "Pompeii" or "Things We Lost In The Fire" will perform on February 4 at the Barclaycard Center in Madrid and a day later, on February 5 at Sant Jordi Club in Barcelona.

Tickets for Spanish shows can be purchased Thursday July 7 at 10 am in the exclusive pre-sale of 48 hours on livenation; while on Friday, July 8 they will be available at the usual points of sale: livenation, ticketmaster and ticketmaster network (FNAC + Halcón Viajes + Carrefour).