As not only from independent music live music lover, and we all have our little hidden vice, I took the opportunity that the visit of Finnish band Sonata Arctica (one of the reference power metal world bands) to Melkweg room in Amsterdam to remember my teenage years in the mid 90 in which several varieties of metal shared room shelves with cds from Spanish independent bands like Piratas, Australian Blonde or Sexy Sadie.. Responsible for warm up the crowd for about 30 minutes were the Italians Trick or Treat, that with a more classic metal and led by charismatic Alessandro Conti, put the public in the pocket thanks to a powerful guitar sound grounded by Guido Benedetti and continuous speeches and jokes that the singer had with rows near the stage. 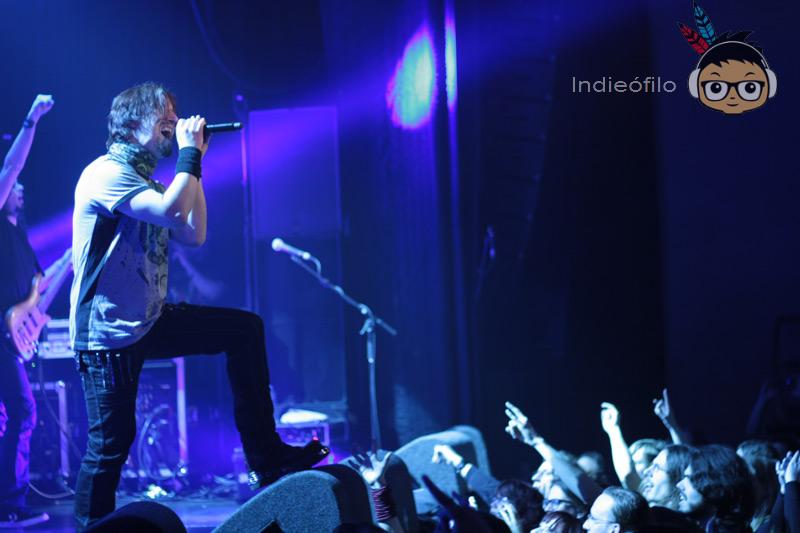 The high point of the night was near and operators of the Finnish band arranged a spectacular scene that showed all its glory with the first chords of "The Wolves Die Young", theme not only responsible for opening the concert but also their new album Pariah Child, which the band tries to return to the style that brought they to fame and they walked away with their failed two last albums The Days of Grays and Stones Grow her Name. With a catchy chorus and a great keyboard lines, the band wanted to prove from fisrt minute that not only the return to the old logo or the scenery meant a return to their origins, as shown later with a powerful performance of "Losing My Insanity", far away from sweetened version on their two years ago past album. The first nod to the past come with "My Land", that almost 15 years after its release remains as one of the stalwarts of power metal style of the group, whereas with the rocking "Half Marathon Man" and leisurely "Sing in to Silence" they calmed down the crowd after a tremendous start. 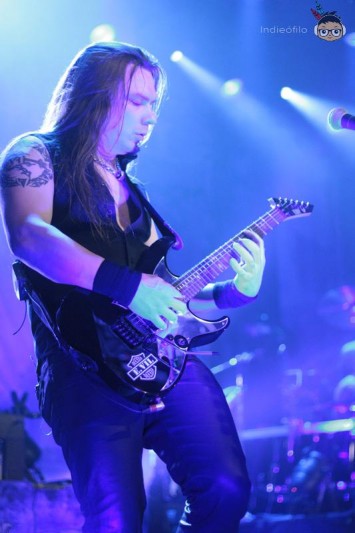 More orchestrated and melodic part of the finish band were shown later with "Paid in Full", unique song from Unia sang in the gig and was perhaps the moment of greatest disconnect between band and audience. As trying to increase the enviroment on the room, they quickly played "Blood", probably the most direct song of their latest work and where the double pedal from Tommy Portimo has greater prominence, and the legendary "Full Moon", which was received with great enthusiasm by all older fans of the group. With an audience fallen at their feet, Tonny Kakko decided to rest a few seconds before full madness was unleashed by the sound of wellknown keyboard notes by "Tallulah", whose chorus was sang in unison around the room. Perhaps due to this spectacular moment, the next song "White Pearl, Black Ocean" sounded a little diluted and with lack of strength, just the opposite to "Kingdom for a Heart", another of the hymns of the band, which at times approached to 80's German speed metal and showed the variety and sound quality of the Finns.

Along the same lines of hard guitars as main guests came "Wolf and Raven", while later the band close the concert with the dispensable "I Have a Right" whose interpretation at times closer to pop that would sound at any radiostation was a negative point to a concert that was remarkable until this moment. Because of the insistence of a public eager for more songs, the band returned to the stage to perform "Cloud Factory", which seemed not to enjoy much popularity in the public, the epic "San Sebastian" in which a near-perfect choruses were the protagonists and to finish the concert the band choosed the spectacular and acclaimed "Do not Say a Word", which was extended with a kind of Russian rhythms short song where praises the Finnish vodka and that was the end to a concert that perhaps had some ups and downs in key moments, but in which most of the new songs worked great and served to confirm that after a time away from their best, Sonata Arctica are back!. 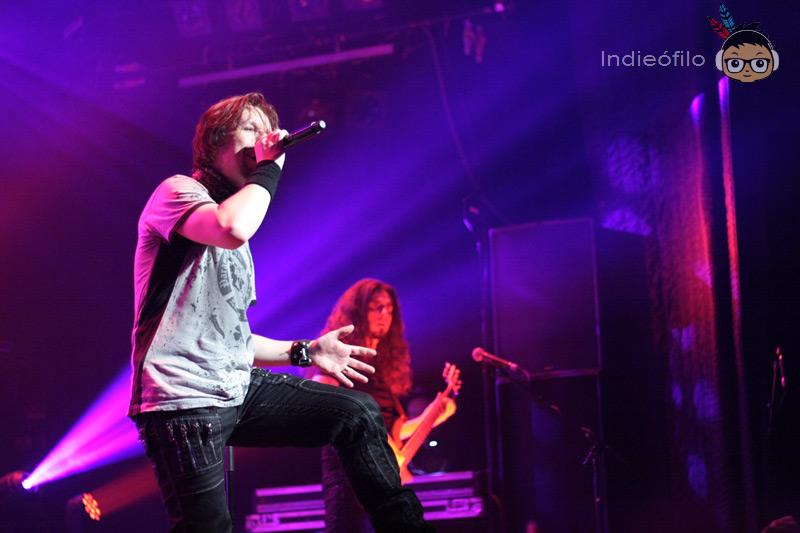