Because of the MTV European Music Awads, whose gala was held last Sunday in the dutch capital, the famous tv channel has offered a series of concerts in some of the most emblematic gig locals at the city with The Killers, White Lies or Swim Deep, among others, as protagonists. The youth of Birmingham were responsible for closing this series of concerts in the small hall of Paradiso, probably the most renowned concert venue in Amsterdam, with the signof no tickets for days and to about 200 people. During 45 minutes, the British pop rock vented their full of strength and distortion that critics have endeavoured to describe as B Town, referring to the city from which they came and the movement has recently been given to other bands as Peace or Jaws. 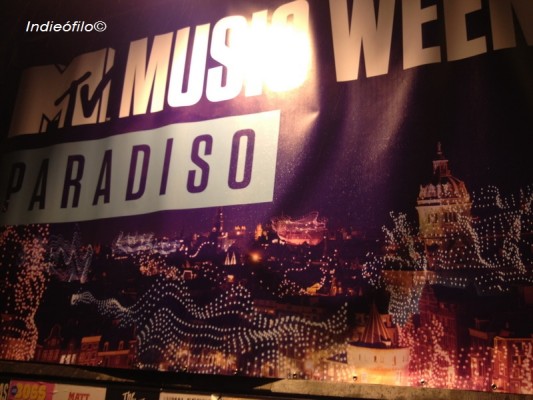 The concert started with the warm "Francisco", which already showed some of the features that were to be the dominant the rest of the concert, a very strong drums that fits perfectly with the clear voice of singer Austin Williams, in addition to effectiveness of some simple but catchy keyboard lines. We had not to wait so much to hear one of their best known tunes, "Honey", who served people to get involved in the gig and that was a little lackluster due to some feedbacks that occurred throughout the song and who were repeated for much of the first half of the concert. Almost breathless came "Red Lips Come I Know", who live still more reminiscent of the good old days of The Stone Roses, and the bonus track "Crush", which easy relaxed a young audience. 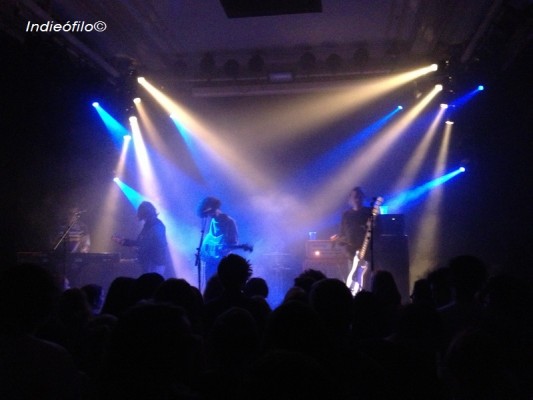 With the public more calm, would be time for that statement of a nihilistic way of life that is "Soul Trippin'", which was followed by "The Sea", sounding perhaps both too leisurely and without force. However, and as if the group saw that they were losing the connection with the audience, they chose to sang their now typical, but extremely successful, cover of "Girls Just Want To Have Fun" by Cyndi Lauper that  served as an inducement for the public began again to sing and commune with a group that was preparing for the final fireworks. 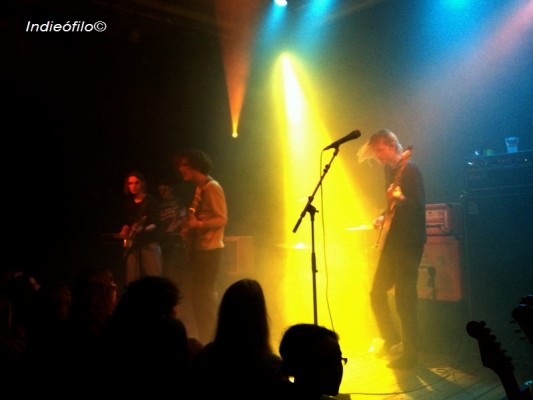 The distortion of the guitars finally became clear on a direct and powerful live performance of "Stray", in which we missed a greater presence of the choirs, but it served to see the craziest Austin Williams, who danced like a possessed man in the final moments of the theme. The next song, "She Changes The Weather", was serving for the great impact of their keyboard player and to reaffirm the similarities in sound with Ian Brown's Band, while the expected apotheosis came in the final moments of the show with their big hit "King City", which proved to be one of the songs of the year thanks to its catchy chorus and a finally perfect sound. 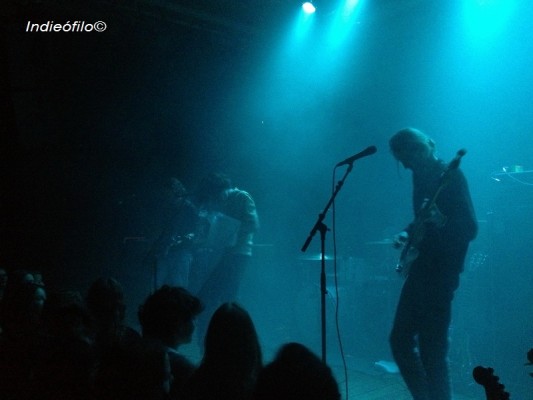 So, in summary, a good gig from one of  the rising bands of the moment, which realised a good performance of their short repertoire and which showed some fluctuations, probably due to dualism of their unique and acclaimed album, that invites you to shout in an ecstatic way as well as to sit straightaway to enjoy some relaxed songs.