The American Perfume Genius filled Sala Apolo in Barcelona in what was his first visit to a venue in Barcelona, two years after the excellent concert he gave at the Primavera Sound 2015. About 1 hour and a half of concert where Mike Hadreas conquered the audience from his emotional mix of pop and histrionics on stage, where we were able to enjoy an extensive tour through his discography and verify the maturity as an artist that he shows on his latest album. 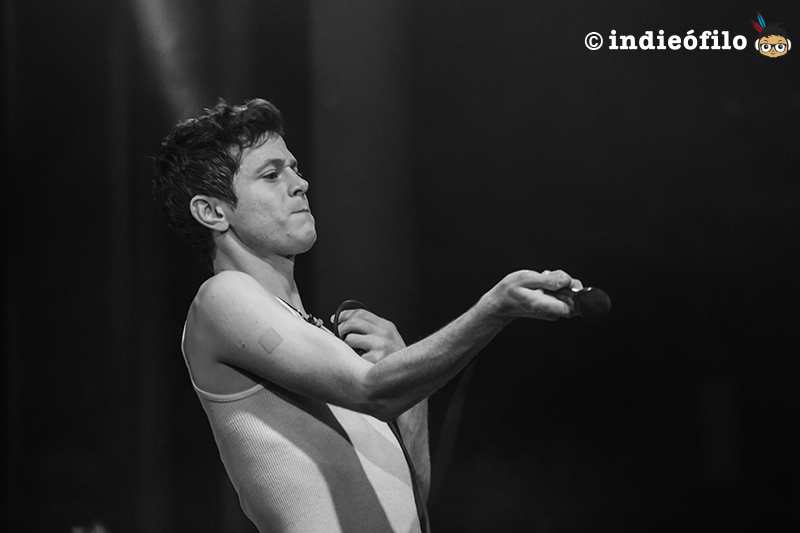 After the publication this year of the excellent No Shape (2017), the musician of Greek descent seems to have left behind all the problems with alcohol and drugs he recounted in Learning (2010) and Put Your Back N 2 It (2012) to show a more sure version of himself, squeezing his body between turns and spasmodic dances, letting for example the instrumental weight to a superlative band where the drummer Hervé Picard stands out, which "forces" him to hide behind the keyboards only on rare occasions.. But before advancing events, the concert started with a strong presence of the mentioned No Shape (2017), although we could also enjoy a couple of songs of Too Bright (2014) as "Longpig" and "Fool", prevailing in this first part of the concert a hitherto unknown power in the live of Hadreas that had like strong point the almost tyrolean warbles of the American singer in "Wreath". 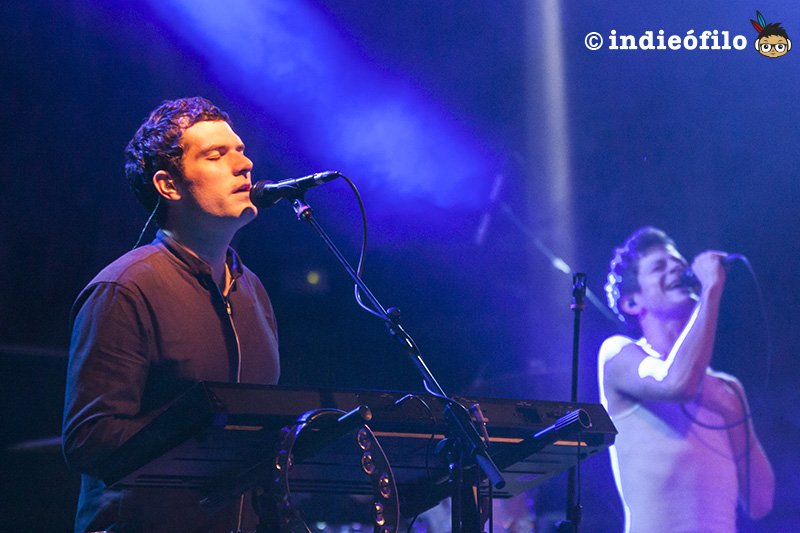 From here on, the emotion and delicacy would become the common thread of the rest of the concert, coming almost chained "Valley", "Normal Song" and "Dark Parts", able to put the hair on end to a Marble statue by the tone in the voice of the American. With the rhythm of the concert going down despite sublime moments like Mary Margaret O'Hara's cover of the song "Body's in Trouble", the bass lines and shouts of "My Body" or the contained sensuality of "Die 4 U", we would have to wait until almost the end of his concert to wake up suddenly with the incredible "Slip Away", undoubtedly one of the themes of this 2017 that turned upside down the main hall of Sala Apolo. 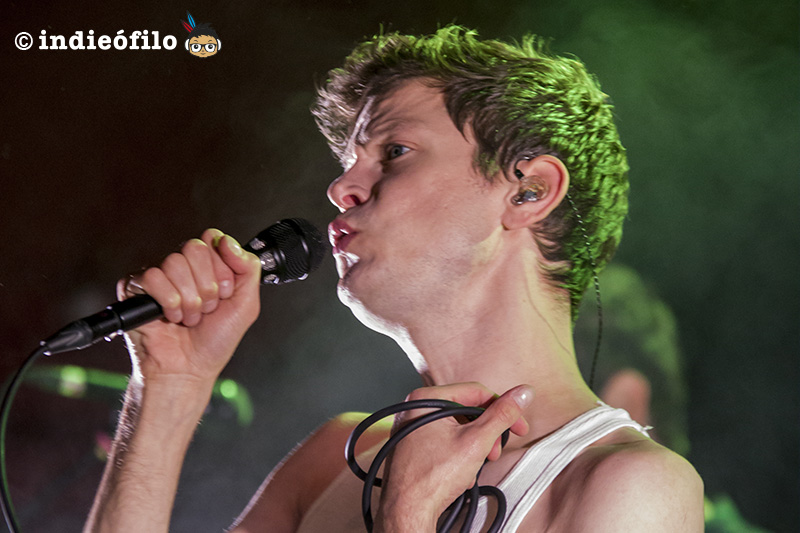 However, the best was yet to come with some magnificent encores that started with him alone on stage playing the keyboard in "Alan", dedicated to his partner and keyboardist of the band Alan Wyffels, who seconds later would join to play a four-hand keyboard in "Learning". After a version of the "Kangaroo" of Big Star much closer to the cover of This Mortal Coil that the original of the Americans, the concert would end in style with "Queen", great hit of his discography, whose chorus "No family is safe / When I sashay "was repeated several times by a public surrendered before the concert of the man from Seattle,being a grand finale for a concert almost perfect in which the American showed why he has earned a greater presence in the lineups of festivals around the world.