Sometimes as a writer, review the concert of a band that has been marking different stages of your personal life is the most difficult, especially for the fact of trying to be objective without falling into the fan phenomenon at the first sign of trouble. Up to seven times I've seen Editors, remanining in my memory the suffocating heat of the tent with water sprayers at FIB 2006 or the downpour at Dutch Festival Best Kept Secret in 2016, so I can not deny that seeing them at home and in a room of the importance of Razzmatazz it seemed like a date marked on the calendar long time ago.. 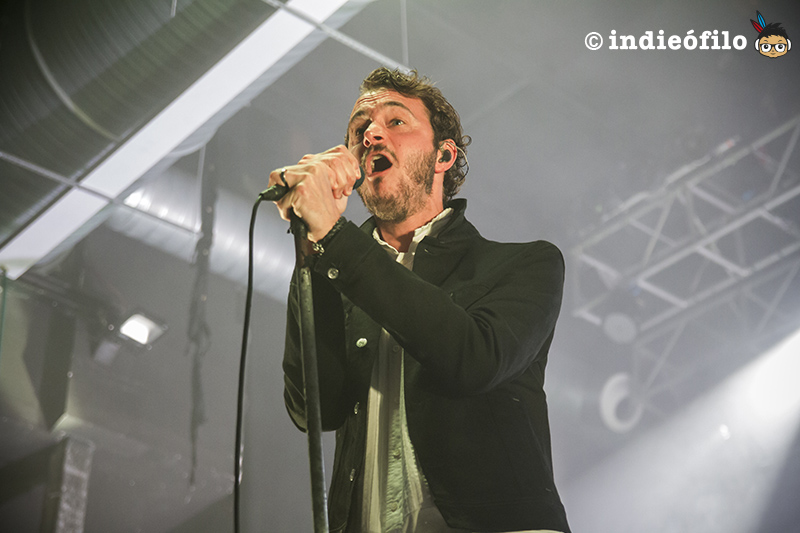 With their recent new album Violence (2018) published just over two months ago, the band led by Tom Smith and Justin Lockey started their concert with one of the first singles of it "Hallelujah (So Low)", making it very clear from the beginning that they won't allow us to take a deep breath during the evening. After it, "A Ton of Love" and "Formaldehyde" were the deserved quota of The Weight of Your Love (2013), showing that the album is geting better as the years go by, to continue later presenting their latest album with "Darkness at the Door" and "Violence", demonstrating especially this last one that the new songs fit like a glove in an excellent setlist. 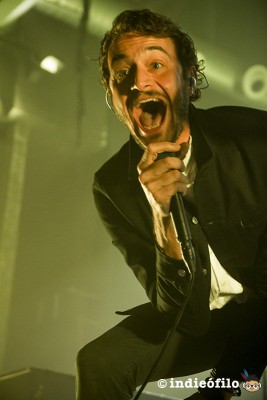 With the audience (which surprisingly was a local majority for what is customary in the city of Barcelona in recent years) totally committed and Tom Smith rolling up his shirt as in an act of starting the hard-work, the visit to their farthest past came from form of guitars as soon as they sounded "Blood", "Munich" and "An End Has a Start", immediately unleashing the madness in the crows. As if it were a progressive journey in time, after them it would be time to visit with two songs In This Light and On This Evening (2009), the album that was a turning point in their career by leaving a little aside the guitar sounds and focus more on synthesizers, such as the powerful "Eat Raw Meat = Blood Drool", which shake the foundations of the hall.

From here until the end of the concert, few moments of calm would have.. First with two of the most powerful songs from their latest album "Nothingness" and "Belong", which at times reminded the best Depeche Mode, and later with "The Racing Rats" and "Ocean of Night", perfect prelude to some encores that put Razzmatazz upside down. "Cold" also proved live to be the best track of their last album, although the most co-ordinated theme of it would be a somewhat accelerated "Magazine" that served for the personal brilliance of Justin Lockey on guitar. After almost an hour and a half of concert, the British will say goodbye to Barcelona with that timeless hit that is "Papillon", curiously with more guitars than in its studio version, and with the calm "Marching Orders", song with they have been closing their concerts since 2016 and despite the emotionality of their rhythm, they still seem out of place after such a powerful concert. 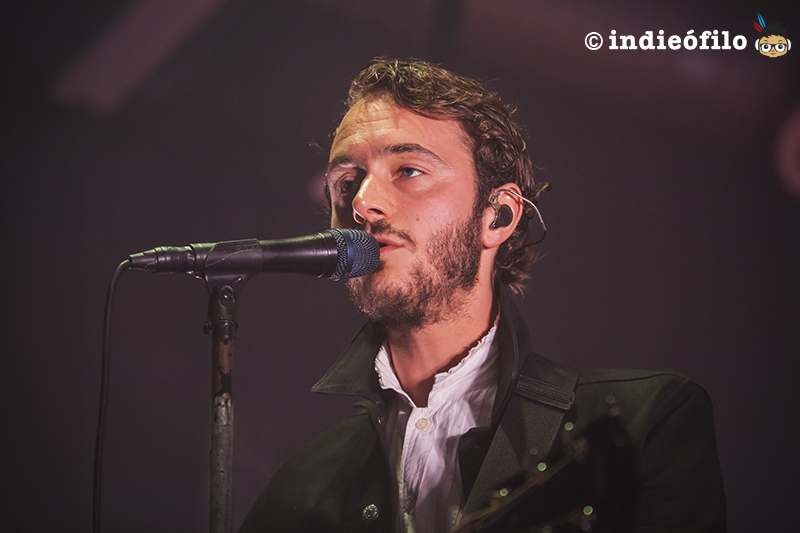 So, amazing concert of the band form Birmingham, which proved once again to have one of the best live concerts of the current independent scene thanks to an intensity and quality beyond doubt and with the merit of maintaining it for nearly a decade. It should be noted that up to seven songs from their last album Violence (2018) were played during it, reaching to fit perfectly into a setlist that took the liberty to leave out incredible songs like "Smokers Outside the Hospital Doors" or "All the Kings".