This weekend, on the idilic place of Westergasfabriek in Amsterdam has performanced third edition of Pitch Festival, one festival where electronic music is the main dish, and who has grown in public and quality of its line up after the starting year with no more than 5000 attendance. With Disclosure, James Blake & Dizzee Rascal as main starts,the bad called mid-range offered us very interesting artists as Django Django, Aluna George or Chvrches, in a little approach to other stiles more popular inside independent music. 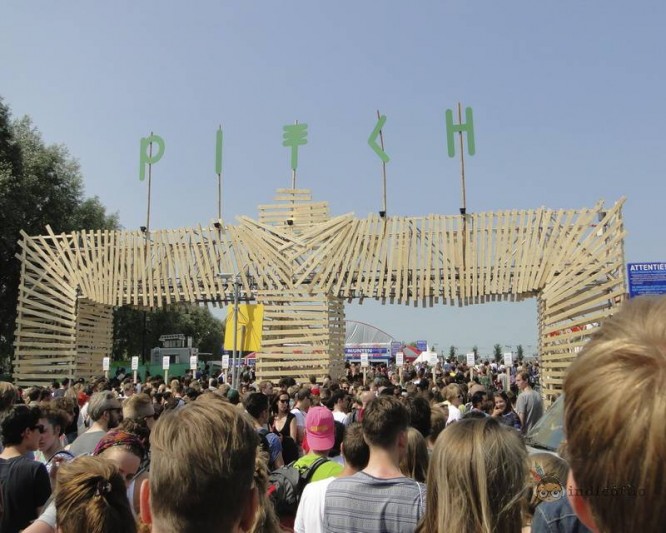 After an exhaustive security control that caused big cues (And that made us unable to attend on time for the opening concert of How To Dress Well), the first contact with the festival came at the hands of New Zealanders Fat Freddy's Drop, with an impressive staging with about 10 musicians on stage in highlighting a powerful horn section with trombone, trumpet, and sax, developed their unbridled style reggae which includes touches of techno, funk or jazz. With a repertoire focused on his latest album Blackbird, the highlight of the show came with the interpretation of "Mother, Mother", that with the level of motion and party that it proposed, would be perfectly valid to be played by a brass band in local festivals of any people of the Iberian peninsula .. With almost time to rest, we went for about 35 minutes into the dubstep proposal of Aiden Whalley, James Buttery and James Young, better known as Darkstar. Their latest album News From Nowhere, honourable heir of wonder that who was North, was used as a base of the concert in which the fellowship of the group with a very close public was absolute, and as a proof we can take the huge ovation (strange on this place..) they received at the end of the concert. 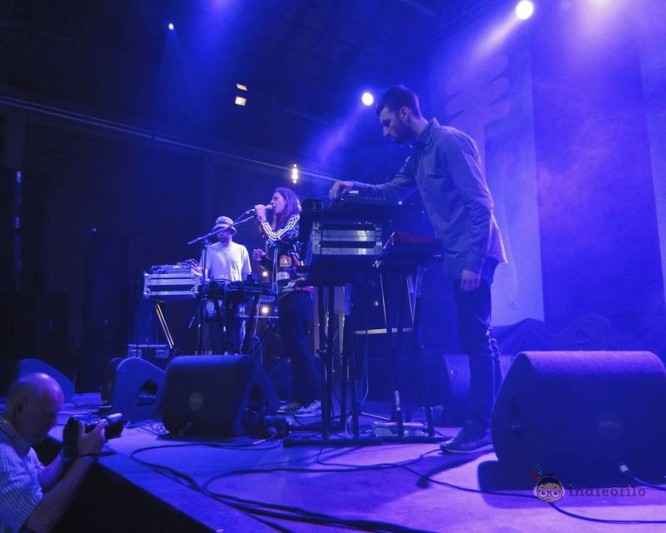 Continuing with dance rhythms, and with just 10 minutes difference from Darkstar show, the impressive panorama of Gashoulder (a former circular gas warehouse remodelled as a concert hall with a capacity for over 3500 people) that changed into a enormous dancehall where Australian DJ Flume made all people went mad remix after remix. Special mention of his version of Major Lazer's "Get Free" theme, accompanied by an electronic drums, who converted a simple festival at 17:00 seemed a Rave area .. A few yards away began the show of londoners Django Django, which marvelled us last year's at FIB and again proved that they are a group that have a fun live and are able to make dance even the more clumsy Dutch people .. They almsost played fully their eponymous debut album, and with songs like "Storm" or the magnificent "Default" closed a show with a mark of 9.5 out of 10. 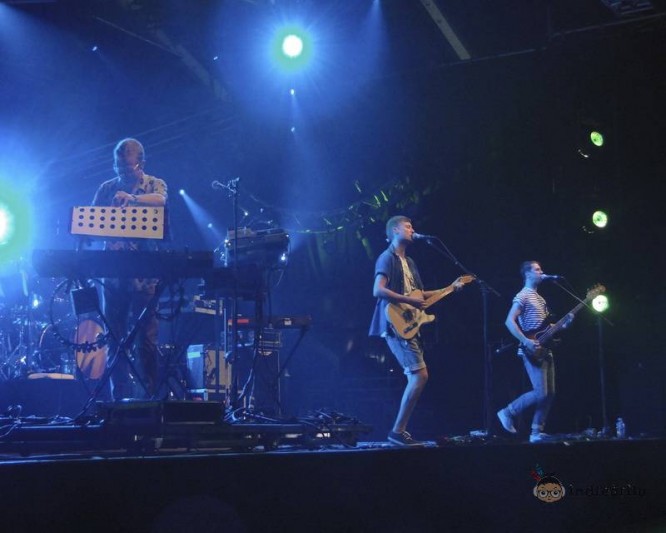 After a brief break, in which we hear the final minutes of the session of Scottish Rustie (where nothing important happened and with some rhythms difficult to assemble), reached the peak of the night, the performance of James Blake. The English man came to present their second album Overgrown and he offered a successful show, with an impeccable sound and heartfelt performance where stood out a great voice, which did more than just enhance an already magnificent job. Start with a look to the past as "Air & Lack There" of made us presaged a great night, but if he added the great "CMYK" with bass lines coming into our heart or his magnificent version of Feist song "Limit To Your Love", we faced with a concert that happens quickly and intensely as a first kiss. 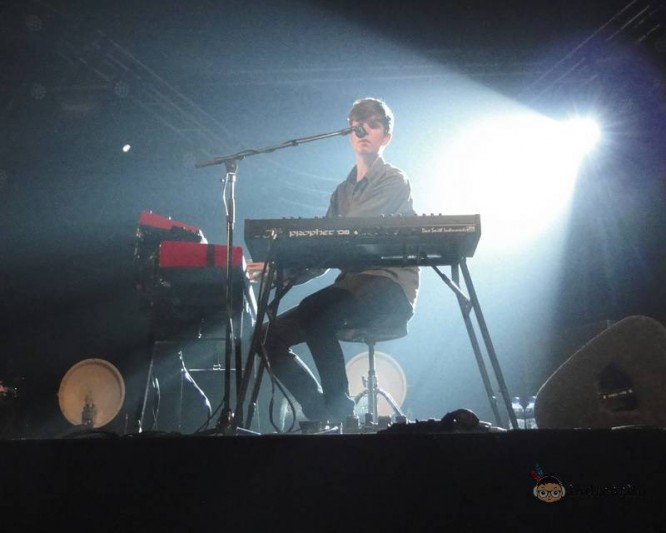 Quite the opposite happened at the same time in the other major festival stage, where the phenomenon Azealia Banks made the walls of the building rumble, with the satisfaction of prepubescent youth, wore with a multitude of paraphernalia of New Yorker singer. A first impression, it was impossible to take your eyes off the tiny dress she wore (Seems to be bought on any sex shops of typical red light district in the Dutch capital), and if someone does not pay attention to her, you eyes went immediately to her two fabulous dancers, like if she tried that you were not focused on her music.. A poor show regarding music, with an abuse of repeatable danceable rhythms and screaming by the small singer, who almost kicked us due to obligation to the session of Americans Jets. The sobriety that the Detroit DJ shown had become popular among a public who enjoy the darkness and low loaded sounds, with Edgar and Machinedrum, this final one being the responsible for managing most of the show. 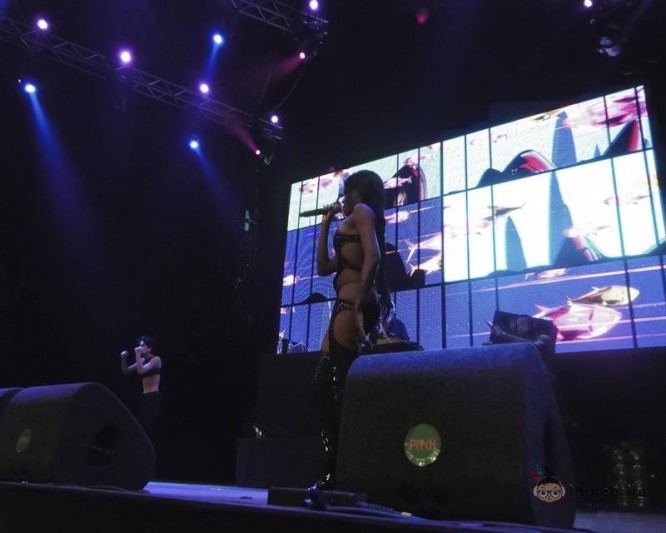 After about 9 hours of uninterrupted music, the end of the night came with mass show English rapper Dizzee Rascal. His proposal not change so much from what we saw in the FIB 2012, moving staff with charisma and dizzying rhythms, also accompanied all the times by two more MC that offered a different vocal range that raised the show to a higher level. It is true that most of the show served to present new songs from his highly anticipated new album The Fifth (presenting to the public recently with Jessie J's hit "Wild"), and that many of these new songs can sound at any common radio of our country in the coming months, but when Dizzee returns to his more visceral side, singing "Bonkers" or "Sirens", certainly has no rival. So, despite the 4 hour festival still remained with numerous electronic proposals, we ended the first day in which we could enjoy the intimate side of Blake, the brutality of Rascal or Django Django multinstrumental party. 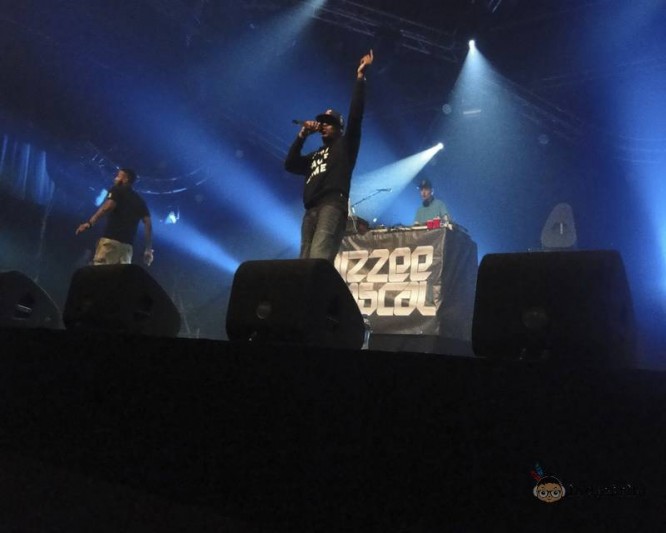