Barely five months after their last visit to Barcelona as part of the Sónar 2022 line-up, the German trio Moderat returned to Barcelona to show their latest album MORE D4TA (2022), the first to be released after a five-year hiatus in their career. 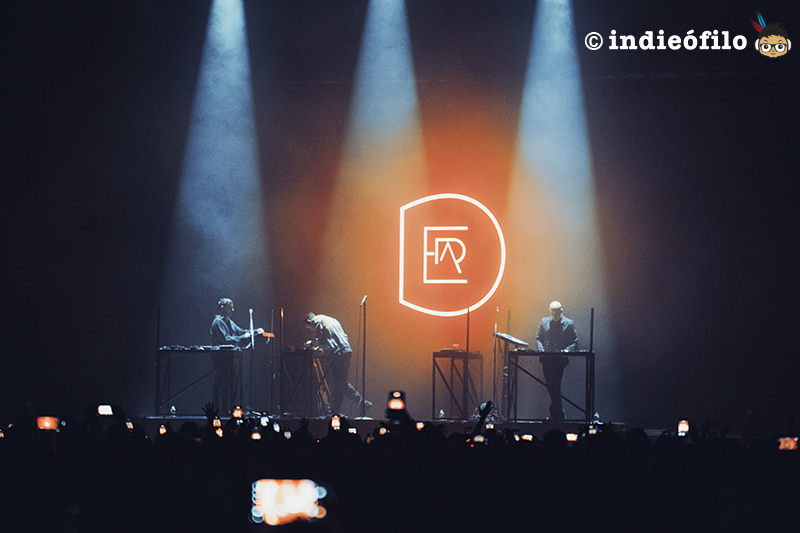 Their usual melancholic soundscapes and an amalgam of incredible visuals were their cover letter in front of a Sant Jordi Club that unlike usual, sounded especially good, and also had a little more than 70% of the audience. Special mention should be made of the small tribute the band paid to Mimi Parker, Low's drummer who sadly passed away a few hours earlier, when a song by the Duluth band was played just before the start of the concert. The concert, which began with three songs from their previous album III (2016), took a while to get into rhythm despite the spectacular images projected on the mega screen at the back. 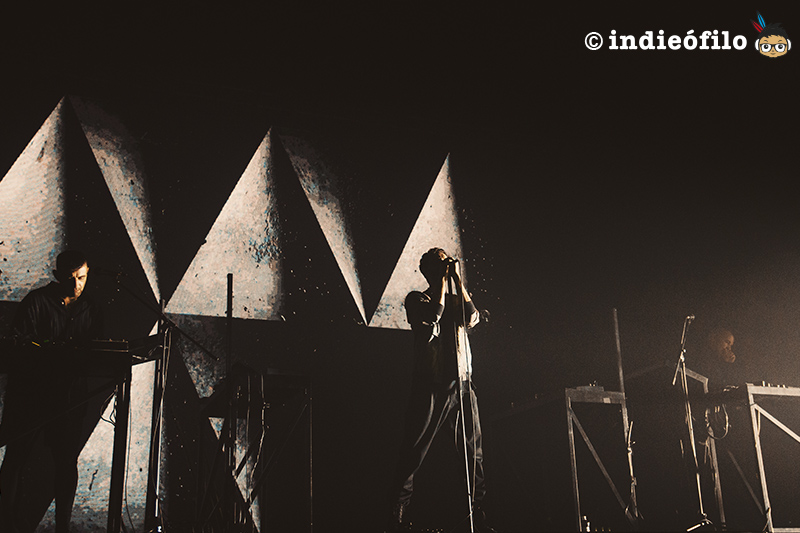 "More Love" would be the first song that would make contact with an audience eager for easy choruses, thanks to the careful voice of Sascha Ring, giving way to a spectacular 20 minutes in which the Sant Jordi Club fell down. First with the thrashy "Animal Trails", demonstrating how much Spain loves a good bass section at a party, then with a dark version of "UNDO REDO" that at times reminded us of the best Depeche Mode, to finish with the delicate "Ghostmother" and the chorused "A New Error", one of the German band's best-known songs that unleashed madness among an audience that couldn't stop dancing. 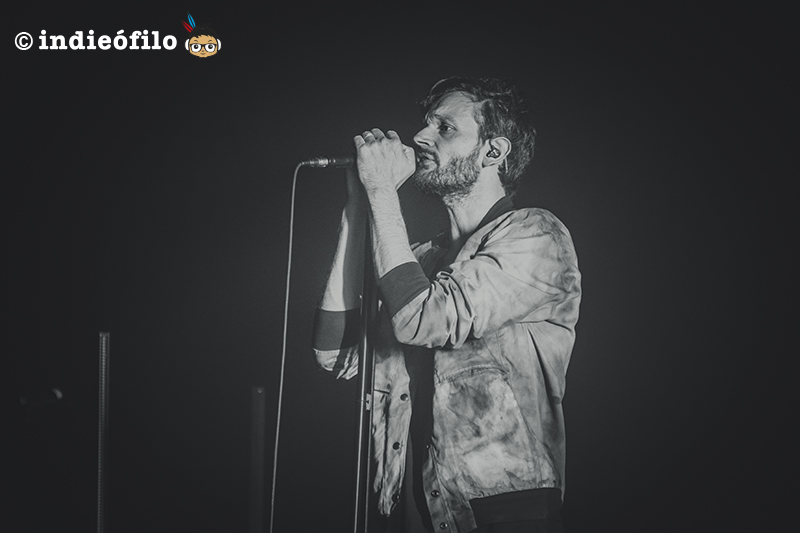 From here on, and despite an incredible stage design, with brilliant and impressive graphics full of matrix structures and optical effects, the concert gradually lost stamina. "Neon Rats" sounded lacking in strength, kicking off a rather weak block focused especially on their latest album, with the honourable exception of "Last Time", where a cascade of red LEDs and images in the shape of a bull perfectly match Sascha Ring's voice, which at times recalls that of Matt Bellamy's first period at Muse. 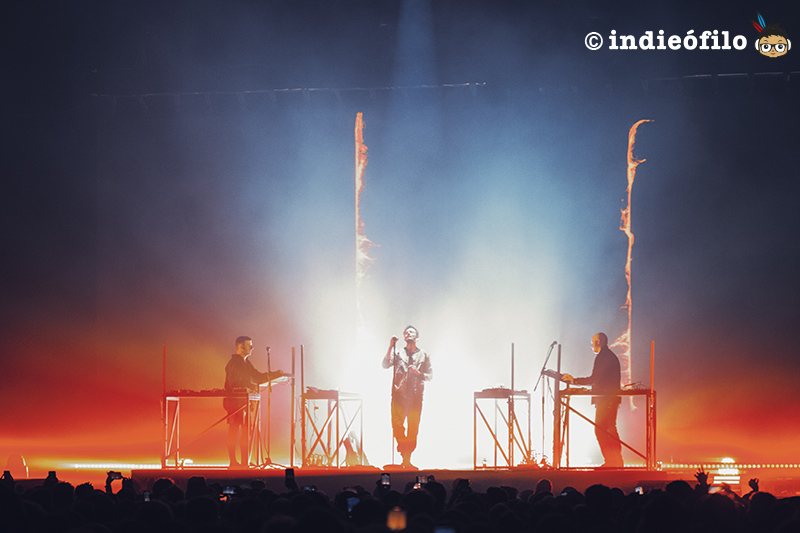 As a small gift before the encores, two more visits to their more distant past would arrive with "Les grandes marches" and "Nr. 22", demonstrating through the cadence and care of their sounds why they are the kings of the so-called intelligent dance music (IDM). Already in the encores, they completely forgot about their last album, and with a much more choral participation of all their members, we could enjoy a cut version of "Milk", that timeless classic capable of making the dead rise up to dance that is "Bad Kingdom" and an accelerated "Intruder" where the vocals of Gernot Bronsert on backing vocals stood out over Sasha's main vocals. After five years of expectation, it is true that the concert had too many ups and downs that cut a little bit the magic sensation that we have had in other concerts of the Germans, but it is also true that we cannot do anything else but congratulate ourselves for their return and enjoy the small pills that the trio offers in each concert, knowing that few bands approach electronic music to the general audience as much as they do.