The last day of the festival started with a tent to the brim for one of the groups who is making people talk about them in recent months, Twenty One Pilots. With their album Blurryface at the top of US lists since late May, the circus show of Tyler Joseph and Josh Dun seems to be endless due to the continuous jumping, acrobatics, painted black bodies, Crowdsurfing while playing drums and other pranks, which are the delight of an audience that seems to forget the musical component. For us, only the single "Tear In My Heart" and "Stressed Out", which will surely be a hit that will be play on radios around the world on the coming months, were saved from burning. Their competition as numbers 1 refers was the group responsible for opening the main tent, The Maccabees, who came not only as the author band of great hit "Pelican", but with the number 1 in sales in their native England thanks to their new album Marks to Prove It. However, and due in no small way to the apathy of a band to wihich the stage seemed to look big, the show failed to connect with the audience, which only vibrated with the aforementioned "Pelican" and also "Marks to Prove It" and "Spit It Out" from their new album. Well in musical terms, but when one gives the jump to the big stage of the festival (and evenmore on the early hours), interaction with the public becomes almost as important as the sound.. 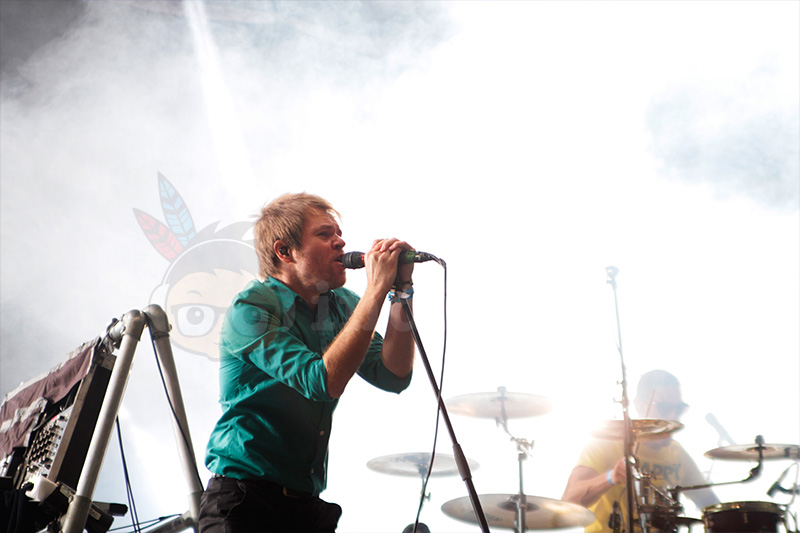 Like if it were a 180 degree turn, Enter Shikari cyclone would pass over us just a few minutes later. It is possible that from such a huge difference with the attitude of The Maccabees, our perception may be a bit exaggerated, but the fact is that the mixture of metal, rock and electronica by the British was a breath of fresh air for an audience that just surrendered to their feet even forgiving them a slight delay in the start of the concert. Pogos, Circle pit, Mosh Pit and even a Wall of Death could be seen along a stunning concert, whose second half was anthological and where highlighted "The Last Garrison" and "Sorry I'm Not A Winner" where the singer Rou Reynolds explained that due to problems with transport they had arrived only 1 hour ago at the festival site and wanted to thank the excellent work of their crew team. In what looked the tonic of the day, the main tent disappointed us again with monotonous and boring concert by Passenger, which only seemed to please a few front rows filled with caramelized couples who enjoyed the moment like if he was a violinist in Valentine dinner.. What it appears to be a tribute band concert to Simon & Garfunkel was finally confirmed when were played the first chords of "Sound Of Silence", which unfortunately for the singer was better received than his hit "Let Her Go".. The trouble for us was that our good fortune to fix a bad concert with the next one was not achieved this time, because just like at the Primavera Sound a few months ago, Interpol barely passed grade on their concert, which were maintained only by the strength of songs like "Narc", "Evil", "All the Rage Back Home" or "Slow Hands", but in which we missed more spark for the rest of songs, highlighting on the negative side a dull battery which fails to transmit even a tenth of what it does on the albums. 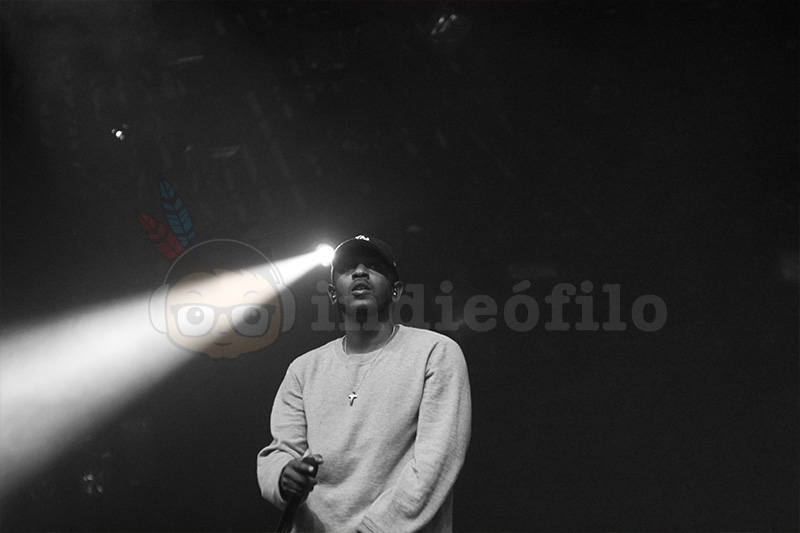 The highlight moments of the festival were closer to arrive with three concerts of bands that will surely be among the best of the year. The first one was the American Kendrick Lamar presenting his acclaimed To Pimp A Butterfly, and thanks to the acidity of his lyrics and a few hard and reflective projections on screens, he earned the public from the first second. Like if he was a preacher, each of his themes were singed in unison by a legion of blond and tall Dutch who a priori not have much in common with the protagonists of his letters, but to those who you just join due to the energy and effort by the guy of Compton. Also helps a lot his magnificent band that gets you into the show ipso facto.. By the time that sounded "King Kunta", "Bitch, Do not Kill My Vibe" or "Swimming Pools", the show was already a complete success and own Kendrick already knew he was one of the absolute winners of this year's festival. Although his show would not be the high point of the day, that would arrive just minutes after with the incredible display of rock and psychedelia of Australians Tame Impala. About 50 amazing minutes that started with the distortions and keyboards on the endless "Let it Happen" that would serve as introduction to a seamless concert in which the guitars and voices merge to reach an unprecedented level of perfection. Their characteristic style moves at times to funk or disco, remembering even the best Bee Gees, to return later with even more strength to their psychedelic side on songs like "The Moment", "Elephant" or "Eventually" and demonstrate that this 2015 is their year. 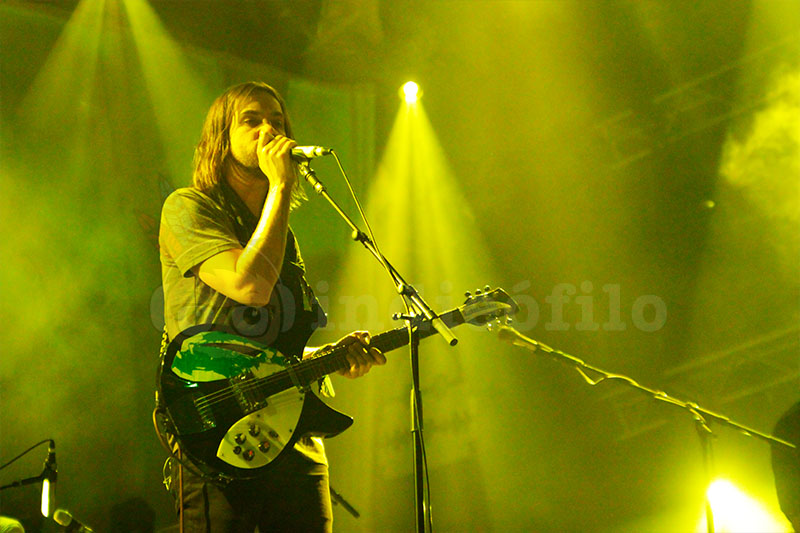 The icing on the cake had to be the spectacle of Diplo and his Major Lazer to close the Alpha stage, and according to the madness unleashed in the tent it was an overwhelming success. Pyrotechnics, dancers, indiscriminately screens, and yet, not much music. From the first moment when Diplo decides to walk on the public in a giant inflatable ball or Walshy Fire throws money into the front rows, one realizes that the purely musical not only goes into the background, but is stomped track after track.. Their mix of EDM with reggaeton is triumphant among a public that seems ecstatic and jumping and shouting before any song, whether their hits "Bumaye" or "Leon On" with the collaboration of Mø on stage, the 15 minutes that Dutch rappers Lil Kleine, Ronnie Flex or Mr.Polska interpret their own songs or just a sequence of bases of the 70's and 80's pinched mercilessly.. Major Lazer has become a crude version for masses of those crazy sessions that Diplo used to made 10 years ago to close nights at Primavera Sound, but while they follow attracting hordes of fans to the festivals.. Who is going to contradict their leading role on the lineup?. 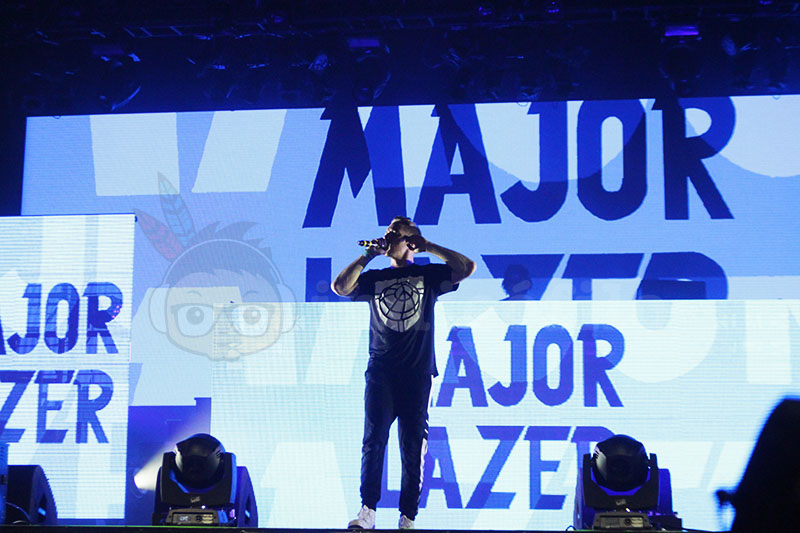 With their concert we said goodbye to a new edition of Lowlands, which has left us a better taste by middle names than by the great headliners, staying in our memories only two concerts in the main tent (the FFS and Kendrick Lamar) against the overwhelming victory of the less massive tents (Hot Chip, Tame Impala, Enter Shikari, Mø..). In overall, again a good edition of the Dutch festival to have the big names that usually had would have been excellent, but that must be asked if against the drop in ticket sales in recent years, the way to attract the audience is with EDM shows for masses (Skrillex, Major Lazer ..) or return to its origins with higher quality proposals.