One more year, the London Calling Festival lands at Paradiso hall in Amsterdam to showcase the best emerging bands of the independent scene. Without a clear headline as happened in recent editions (Royal Blood, Jungle, Spiritualized or Spoon), the edition of this year was clearly dominated by the presence of female voices and rhythms rather calm in different aspects, although the lo rock and soft electronics have dominated. 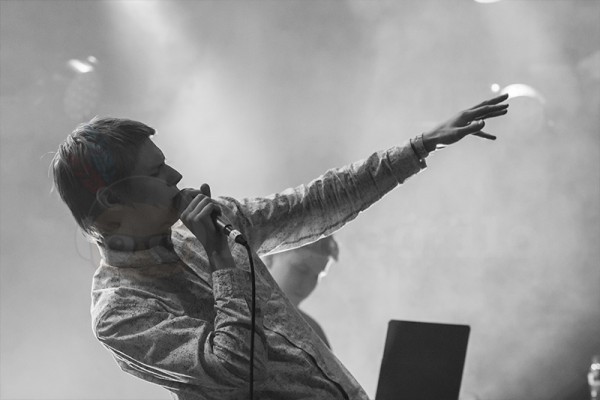 The large room opened its doors to show the Icelanders Fufanu, who unlike the best known  bands from their country offers a sound closer to proposals as Joy Division or even Jesus and Mary Chain with small pop-rock echoes that are reminiscent of the first Editors. Their concert was from lowest to highest and highlighted the leadership and charisma of its leader Kaktus Einarsson, showing that they can be one of the bands to follow in the near future. Perhaps the strength of the Nordic was an excessively heavy stone for the two bands that came later; first the weak proposal live by Amber Arcades, whose dream pop lost strength compared to what is shown until now in digital platforms and where only was saved the brilliant "Turning Light" with a keyboard and a hypnotic chorus, and then the Liverpool band The Vryll Society, whose show was monotonous and plain, looking like a bad version of Kula Shaker with long songs in which they mingle without any reason psychedelic touches with choruses out of place. 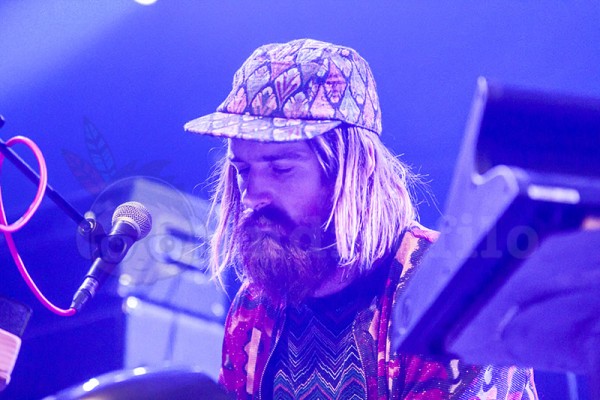 One of the great hopes of the night were the Americans Palehound, with a great international projection thanks to good reviews in media such as Pitchfork, and their show lived up to expectations. With a very heterogeneous proposal, which at times shown post punk touches and other times rhythms closer to jazz, which just approaches St.Vincent that sounds similar to Pavement, convinced the audience that filled the small room and ultimately applauded especially their leader Ellen Kampner. The high level continue later with Plastic Mermaids, band form the Isle of Wright that with its diversity of sounds reminiscent of Django Django or Glass Animals won the applause of the large room. The show had a wonderful first part supported on some keyboards and synthesizers that merged seamlessly with acoustic guitars and remembered the best The Flaming Lips, but the level dropped a little with the collaboration of a female voice in the second part of the show, mainly due to the excessive presence of the pseudo-opera voice of the singer that masked the richness of the whole sound. 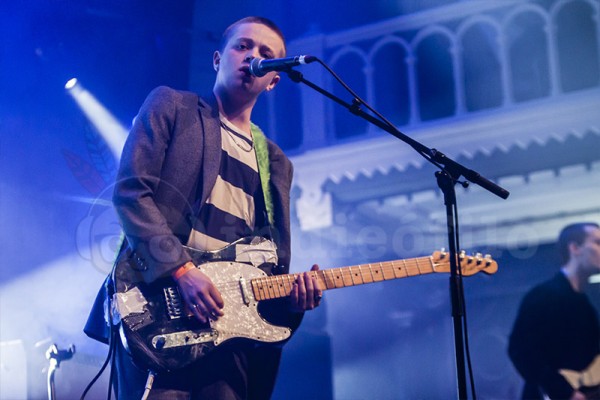 However, the big winners of the day would be Irish Otherkin, that with their mix of rock and grunge were able to offer a show that revolutionized the tiny little room. Nearly 35 minutes of madness in which there were pogo sticks, the singer jumping  to the public, the public that later would rise the stage in the latest songs.. In short, a frenetic show where highlighted great songs like "I Was Born" and above all, "Feel it". The last show of the day in our program was reserved for English The Jacques, who had already played in the small room at the last edition of the festival. Their show, like on the first time, sinned from too much disjointed and not very intense, although I must say in their defense that the continuing problems on the guitar sound of their singer did not help either. Despite the popularity that they are gaining among the youth of the UK, mainly because of their strong resemblance to The Libertines, we believe that they still have to improve a lot to deserve their presence on bigger stages.. 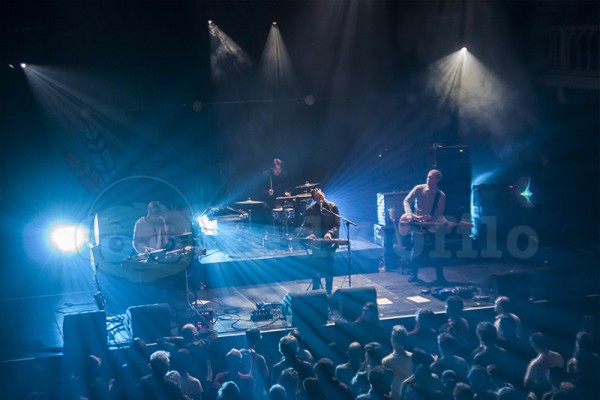 The second day of the festival started in the main room with also Icelanders Vok, whose proposal directly moves away from the sobriety of the physical format to convert their songs into something more danceable, even including instruments outside the original idea such as a saxophone. Thus we are facing a new band of synthpop with techno touches reminiscent of the best The XX and whom we predict a great future. Up stairs expected us the minimalist proposal of Roch, which did not enjoy the welcome neither respect of the room. Before a singer trying to expose her soft voice with the sole help of a guitar, most of the room responded with talks in a loud voice and continuous murmurs from beyond the tenth row. With the desperation of someone who is not allowed to demonstrate her talent, the concert went unnoticed and it only remains to wait for the release of her first LP to evaluate some of the good things that were visible in her live. 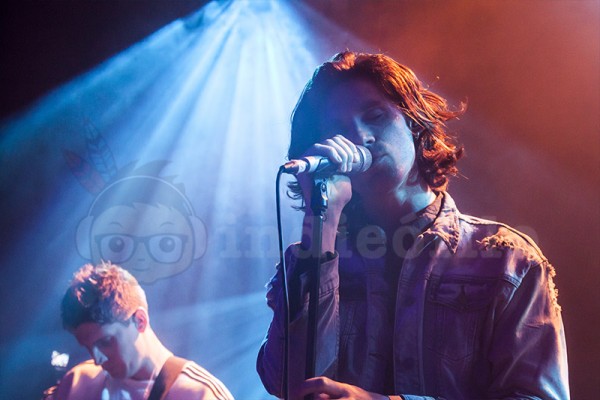 Great expectations were for the show of the British Island, especially after their great EP Girl, but their show was somewhat flat, remaining as a decaffeinated version of mix of brit and folk bands, where perhaps overstressed in their characteristic style of three minutes songs full of guitar riffs. Anyway, it is worth emphasising the incredible "Stargazer", a great song with everything necessary to be a hit that will open them the doors of a lot of festivals this summer. In a U turn, the small room was absolute full for Bristol's band Coasts, that thanks to their Electro Pop full of danceable rhythms have earned the nickname of the new Swim Deep. Their concert was the best of the whole festival, full of rhythm and connexion with the audience thanks to a spectacular start with "Modern Love" and the charisma of their singer, able to pounce on the drums in the middle of a songs or hoarse on tracks like "Oceans" and "You". Quite the opposite happened in the main room moments later when the duo Coves obtained that most of the public to abandon their monotonous concert in which they had neither attitude or the musical quality present on their debut LP Soft Friday. The mere presence of an explosive Rebekah Wood was not enough to camouflage all the shortcomings of a band that should improve too much its live if they want to achieve something in the music business.. 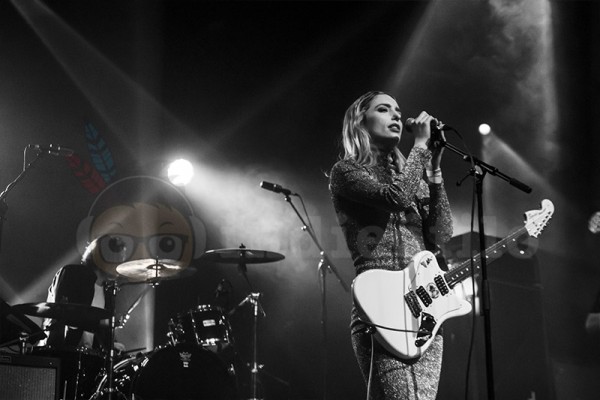 The beneficiaries of the situation were Ultimate Painting, band which has members of Mazes or Veronica Falls. Its variable style, that just reminds the Velvet Underground, or also the Beatles or the most recent Temples, it is nice in the first instance, but after 20 minutes one realizes the lack of innovation and repetitiveness of their songs. A bit of variety (and also a little more interaction with the audience) will be good for the band, which has in the drums its best bulwark and whose proposal does not transmit live even one tenth than their marvellous album. The opposite effect had Pumarosa moments later in the main room, as their attitude and desire to please and connect with the audience solved the handicap of having only one single published. A strong and bombastic sound, based on the great voice of their leader Isabel Muñoz-Newsome, was the master key with which they conquered the room, which vibrated with songs like "Priestess" or "Lion's Den", reminiscent by its rhythms to some of the slow songs of Radiohead. 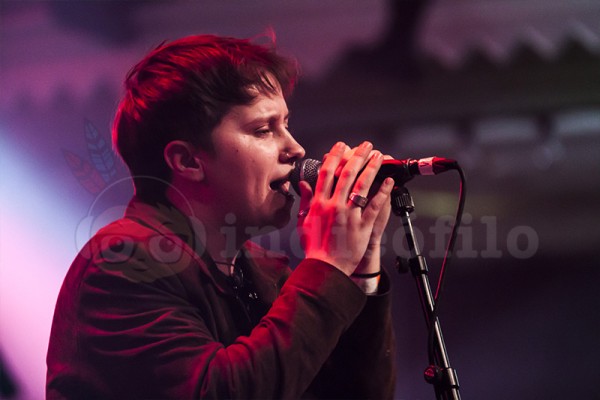 Go up to the small room became almost impossible due to the large number of people that were waiting also British Miamigo, another band with a clear influence of 80s synthpop but with an updated sound reminiscent of successful bands in the lasts years such as The Weeknd. Their concert was short but left us a great taste thanks to songs like "Seeing Two" or the hit "What I Want", which makes us expect more from this band of Brighton with a single EP on the market. It was time for the most renowned band of the festival, that only a few days were the warm-up band of Muse for three nights at the stunning Ziggo Dome, the British Nothing but Thieves, and the end result could not be more disastrous. With about 25 minutes late due to an eternal sound check by their "crew", the band rose to the stage full of energy performing their the hit "Itch", but from the first moment it was visible that the sound problems in the guitars, and especially in the  singers speakers, were going to spoil the show. The rest of the show was a continuous wannabe by the band, who demonstrated a professionalism beyond any doubt and we hope to enjoy them this summer under better circumstances. The festival would end for us with the classic Kiss All Hipsters session full of hits from the last two decades that made the young people gathered in Paradiso went crazy. So, something decaffeinated this edition of the spring from 2016, that despite presenting interesting bands like Fufanu, Coasts, Plastic Mermaids or Otherkin, we miss a big name that would unite the public and critics . As the festival organizers have been showing over the last few years their success when preparing line-ups and have a good eye discovering bands, we can only count the days remaining until the autumn edition to see what will be their next surprise.