A thing that nobody doubts in Spain is that the indie has approached with strides into the mainstream. Bands like Vetusta Morla, Love of Lesbian, Supersubmarina or Izal fill up arenas up to 10000 crowd with amazing ease, but nevertheless, if we ignore the case of the UK, it is difficult to see this behavior in the rest of Europe. In the Netherlands, the exception is a band from Utrecht able to deplete the 17000 seats of the amazing Ziggo Dome, for two consecutive days to close their tour, at the same time it was already announced three days at the same arena for November 2016, when they’ll present their awaited new album. This band is Kensington, and their style sometimes remember to Elbow, at other times to Biffy Clyro and even at times is close to commercial pop. They have managed together with its Belgian neighbor Stromae, paving the way for other bands around here as Balthazar, Dotan or Chef Special. 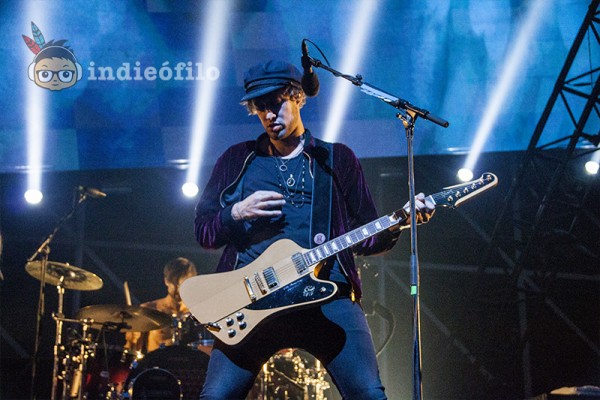 Within five minutes of the estimated schedule, the Dutch band appeared on stage after the broadcast of a video in a spectacular and vast trapezoidal screen, which from the beginning of the show it looks like one of the attractions of it, that started with one of the most powerful songs from their latest album, "Riddles". With the drums and the guitar distortions as major players, during the first 20 minutes the band alternate some of the songs with more punch from their discography, as "We Are the Young", "Not As Bright", "All for Nothing" or "Words You Do not Know", which made the first few rows jump and sing, but not the rest of public which responded in a rather cool way. 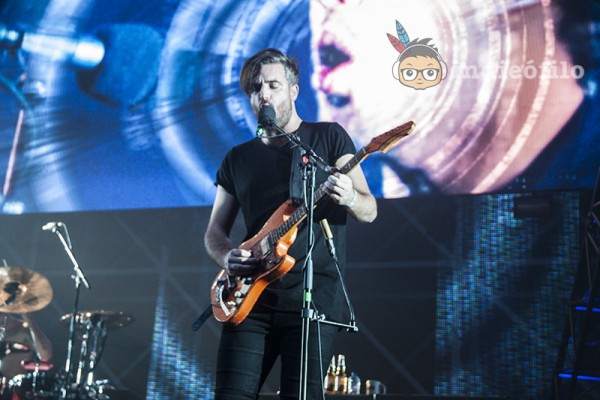 After the first of the speeches by the singer Eloi Youssef, the show grew into an extensive tour of the last 10 years of the band, with the public clearly opted for their latest songs and underestimating for example "No Way Out" or the colorful "Kilimanjaro" from his second album Vultures. As in a clear attempt to take back control, come consecutively "Done With It" and "Do not Walk Away", for later show his calmer version on "Ghosts" and "Rivals", where the band was accompanied of a string trio whose sound was faint due to high volume of the band guitars. 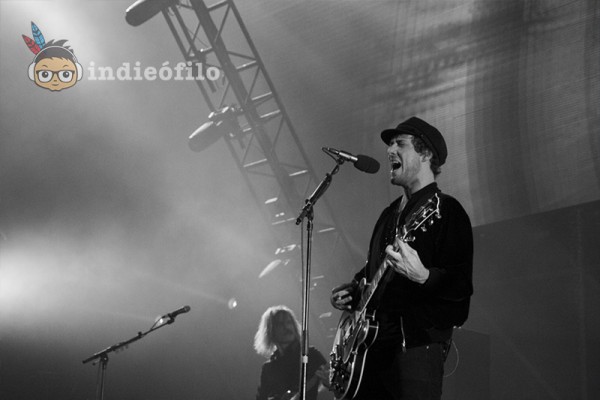 After this unexpected break, returned the rocker side of the band with the characteristics synth lines of "Go Down", but like cold water poured, the group chose to continue with "Call My Name" and "The Heart of It", two of the most geek songs of their discography showing the pop side that many fans provides them but little said on the musical side.. Luckily the accelerated "Send me Away" made the public was encouraged again, creating the environment conducive to an impressive 20 final minutes, where arrive chained "War", "Let Go", "Do not Look Back" and "Home Again" which would have been a perfect finale for a concert with some ups and downs but quite noticeable on the general. 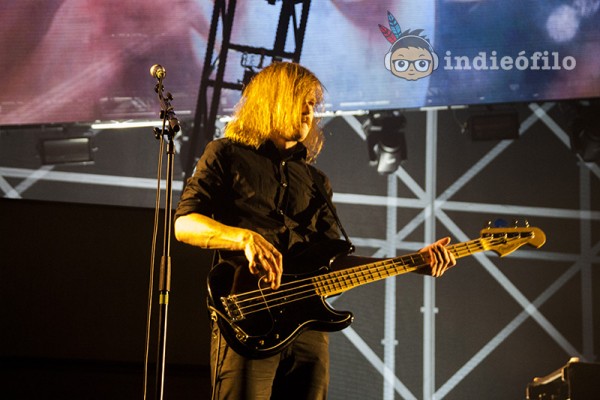 However, still they have to get some dispensable encores that began with a theme that will be part of their fourth studio album, "A Perfect Family Day" with clear North African influences, to later solo interpret their recent collaboration with renowned DJ Armin Van Buuren in "Heading Up High”. The madness among the public appears as soon as the band asked the audience to sing a cappella the first verses of "Streets", their big hit that surely would be sign by the worst Bon Jovi as a continuation of their infamous "It's my life" and that beyond a repetitive chorus, nothing new shows on the musical side.. To finish the inedible end, there would still be time to listen "Little Light", another attempt to pop ballad that served to personal show of Eloi Youssef and guitarist Casper Starreveld, but after a good initial setlist made no sense at the encores.