Primavera Sound 2017 closed its Lineup at Parc del Forum on Saturday with Arcade Fire, Van Morrison and Grace Jones gigs, which had the difficult task of matching the incredible concert that The XX had offered 24 hours earlier. 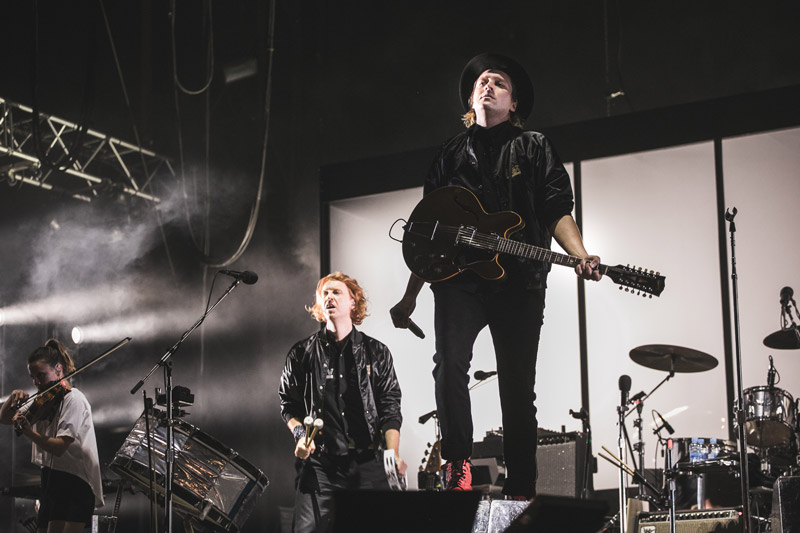 Our entrance into the festival just coincided with the start of the show "Junun featuring Shye Ben Tzur & The Rajasthan Express", the first of our mandatory highlights of the day. Without Jonny Greenwood from Radiohead, Shye Ben Tzur and the Indian band Rajasthan Express offered a hypnotic concert based mainly on the Hindu rhythms of the mastodon band. More than 10 members, mostly elderly, with leafy turbans and mustaches were in charge of making the public dance while the Israeli recited verses in English, Arabic or Hebrew with a fast pace that married perfectly with the percussions and stringed instruments of his peers. Undoubtedly, one of the pleasant surprises of this Primavera Sound 2017. 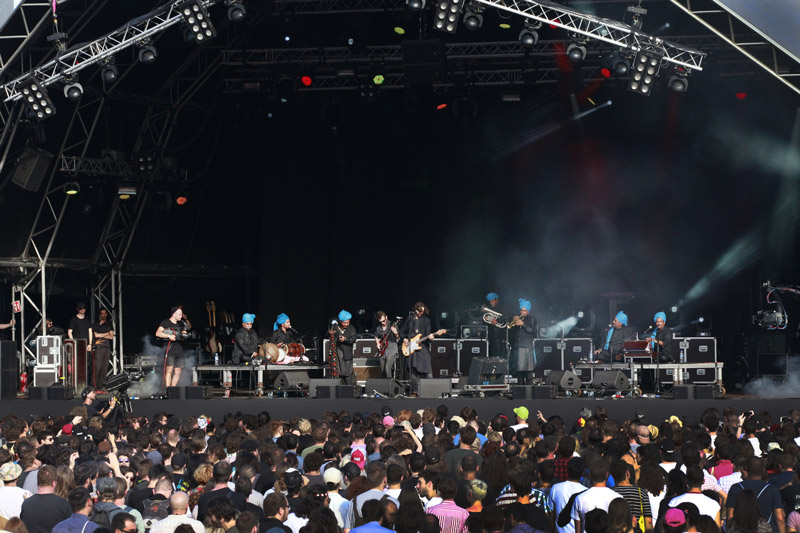 On the way to Van Morrison’s concert we decided to spend a few minutes to see what Swet Shop Boys, the duo formed by Himanshu Suri of Das Racist and the actor Rizwan Ahmed. In a line very similar to that exposed by Das Racist, the show has strength thanks to their lyrics full of easily identifiable protests, but is weighed down by the fact that at no time appear to be a duet, but two individuals who launch their proclamations separately. One of the big claims of the day arrived in one of the main stages, where Van the Man along with an entourage of about 15 musicians began their concert. All very professional, so perfectly strange that seemed soulless, as if the whole were a well-oiled machine without feelings.. After surprising everyone with the performance of "Moondance" in the third song of the setlist, he opted for about 30 minutes of minor songs of his discography with dubious attraction for those who are not bitter fans of the Belfast man. By the time some of Them's classics such as "Here Comes the Night" and "Gloria" sounded in the final part of their concert, we were already on our way to Angel Olsen’s concert. 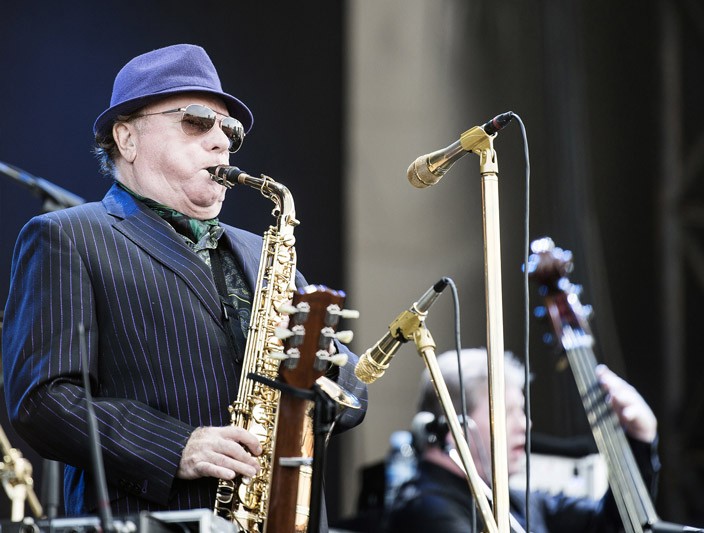 The American dazzled the audience with their mix of Rock and Folk playing almost in a full their last album My Woman (2016), and although it was from more to less to start their concert with themes like the powerful "Shut Up Kiss Me" or "Not Gonna Kill You", his incredible voice and the immense quality of the band of the band that accompanies it make that the concert is not dispensable at any moment. As soon as she finished her concert we ran swiftly toward the Primavera stage where within minutes will start the concert of Scottish Teenage Fanclub, who offered one of the most fun and entertaining concerts throughout the festival. We already know that the band from Glasgow dazzle with their easy pop, but it is gratifying to see how despite some problems of sound they managed to attract to the stage the public of all the ages that did not stop to dance and laughing during the whole concert. Their typical melodies and choruses were heavenly music for the ears of an audience full of Scots who did not stop singing their songs since it sounded "Start Again" as the first track and received with open arms new songs like "I'm In Love" or "Thin Air" from their recent album Here (2016). However the best would come in a spectacular grand finale in which chained "Sparky's Dream" and "Everything Flows", with which we were transported to the carefree youth of the early 90s.. 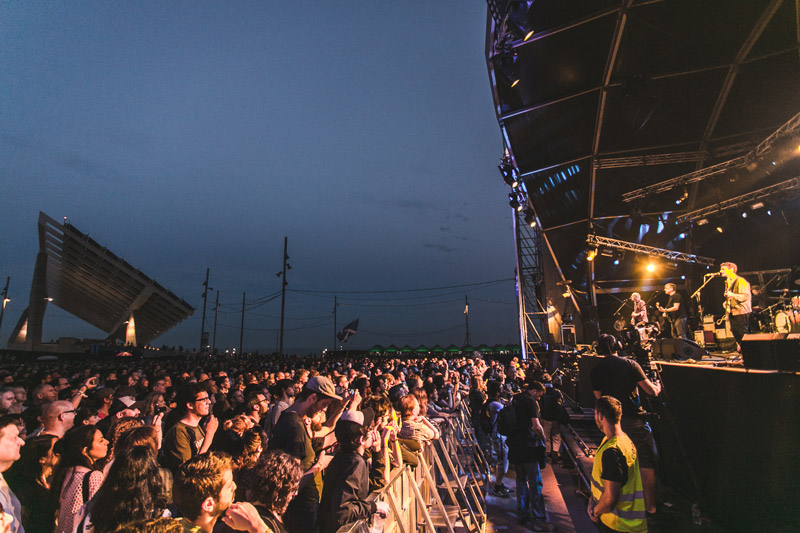 As we have never been huge fans of the 80’s disco style, we decided not to attend Grace Jones’ concert knowing in advance that her show might be impressive, as was finally confirmed by some press friends. We bet on the show of The Walkmen frontman, Hamilton Leithauser, who came to present the record that he has recorded with Rostam Batmanglij, a former member of Vampire Weekend. His gig was another of the concerts of the day, offering a remarkable level that did not fall at any time thanks to the power of his voice and the rhythms that emerged from his guitar,  which featured songs such as "In a Blackout" or "1959", but especially a wonderful "A 1000 Times", that perfectly sum up the mixture of styles of the 50's and 60's proposed by the American. 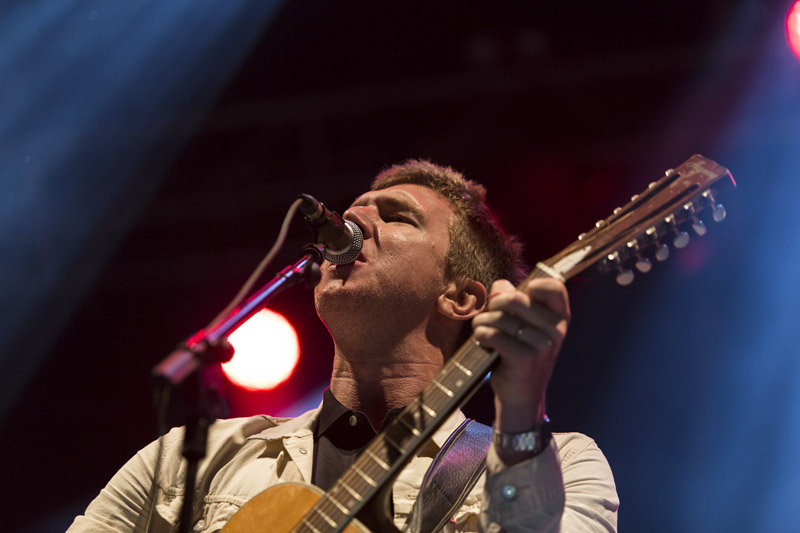 The Primavera Sound 2017 reached its peak with the performance on the Mango stage of Arcade Fire, big headliner of the day that got the most audience of the entire festival. We all expected that the Canadians will play a lot of songs from their much-anticipated new album Everything Now (2017), but the band from Win Butler and company offered a show full of hits with only two visits to their awaited new album, a somewhat slowed version the track who titles the album that had worldwide launched a few days before and "Creature Comfort". Otherwise, theirs was a show of great stadiums, that began with "Wake Up" and that had its first peak point with the concatenation of "Here Comes the Night Time", "No Cars Go" and "Intervention", having as the only stain not attributable to the group the fact that the large side screens had to be lowered due to wind safety issues, which made it almost impossible to enjoy in a full the great scenery of the Montreal band. Among unexpected visits to hits of their discography forgotten by the band live for years like "Neon Bible" or "In the Backseat" and hits like "Ready to Start" or "Sprawl II", Win Butler and Régine Chassagne were exchanging the singer position, just before unleashing the madness again when playing the two songs with more push of their previous album Reflektor (2014), "Afterlife" and "Reflektor", in which we miss a greater role of sounds of the violin of Sarah Neufeld, whose notes are hardly imperceptible before the amalgam of sounds of her teammates. With tailwind, and with all the crowd fallen head over heels for the band, Arcade Fire would close their concert with the quiet "Windowsill", the only bis from a concert that would have had a more memorable ending if they have chosen for the previous song, an amazing "Rebellion (Lies)" which was sung by the public and shows the communion between public and one of the biggest bands of the 21st century, the one that perhaps together with Coldplay better shows the acceptance of the indie within the mainstream. 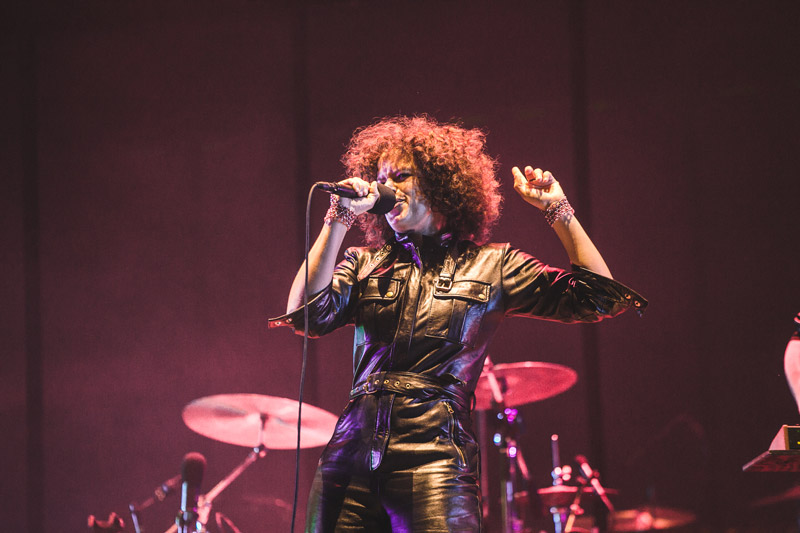 As hordes of British huddled to see their compatriot Skepta, we said goodbye to Mordor this year to see the Canadians Japandroids, whose return after five years with Near to the Wild Heart of Life (2017) attracted a lot of people that did not stop jumping, stagediving and above all vibrate thanks to the drums’ rhythms of David Prowse. With a spectacular start that included "Near to the Wild Heart of Life", which in only a few months of life has jumped to the category of hit of the Vancouver band, the concert was quick as a lightning bolt and ended with their hit "The House That Heaven Built", leaving us a sweet aftertaste that not everything is lost in today's punk rock. 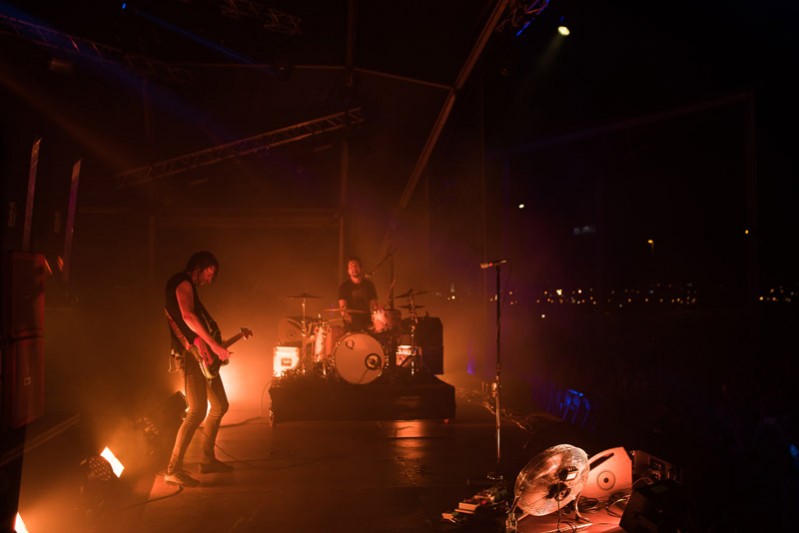 The last concert of this edition for us was going to be that of the American sisters Haim who, in a "well-known secret" that they themselves had been in charge to unveil by uploading photos in twitter at La Sagrada Familia or eating ice cream by Ciutat Vella, acted on the stage Ray Ban within the surprise of the day in the "Unexpected Primavera". The trio unveiled their long-awaited new album Something To Tell You (2017) in a short concert of just over 40 minutes that started with "Want You Back", their new single. Faced with hits from their debut album like "Do not Save Me", "The Wire" or "Forever", the new songs "Right Now" and "Little of Your Love" does not seem to hold the nerve from the ones of the first album, but it is also true that few bands dominate the stage as the band from Los Angeles currently do, which are shown on stage as the perfect mix of compatriots Wilson Phillips and Fleetwood Mac. If you also add some “scenes” of them such as the set of percussions that play between the three and a natural sympathy with which they dazzle anyone, it is not difficult to imagine a closer future where they will reach all audiences and achieve sold out at big arenas like the next pop queens.. 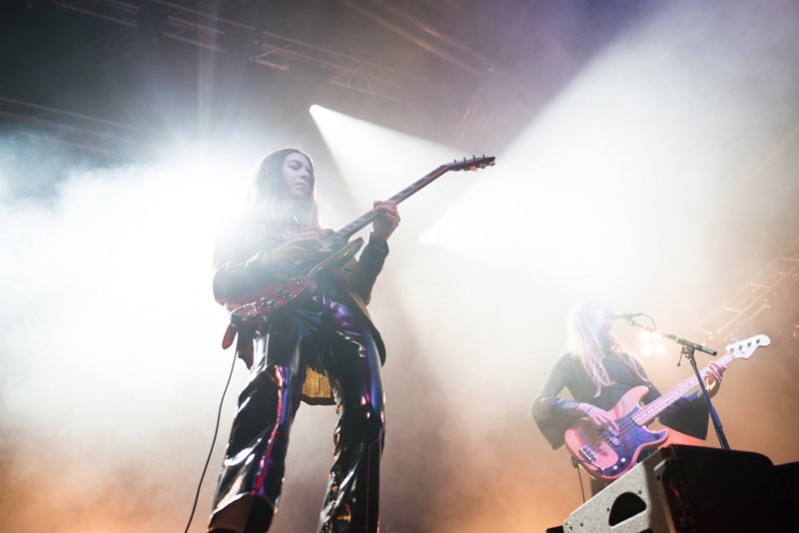 Thus, excellent edition the one of this year of Primavera Sound, although at first seemed somewhat smaller in relation to the Line Up of the previous years. Arcade Fire, The XX and Bon Iver complied with their status of headliners, but the great star of the Primavera Sound 2017 has been without a doubt a Solange that marveled the first day, setting the bar really high for the rest of renown bands. Moreover, very high level in the bad-called medium profile band level that has allowed an amazing schedule at Primavera and Ray Ban scenarios in which we have been able to enjoy varied proposals with the quality as a standard.. Now, it’s time to start counting the Days left for Primavera Sound 2018!!