After a second day of the festival dominated by the good overall level, Saturday was the great day of FIB 2017 with the long-awaited performance of the Americans Red Hot Chili Peppers, which despite a quite good concert were overcome by the strength of Scots Biffy Clyro or Andalusian hip-hop woman Mala Rodriguez, great triumphs of the day. 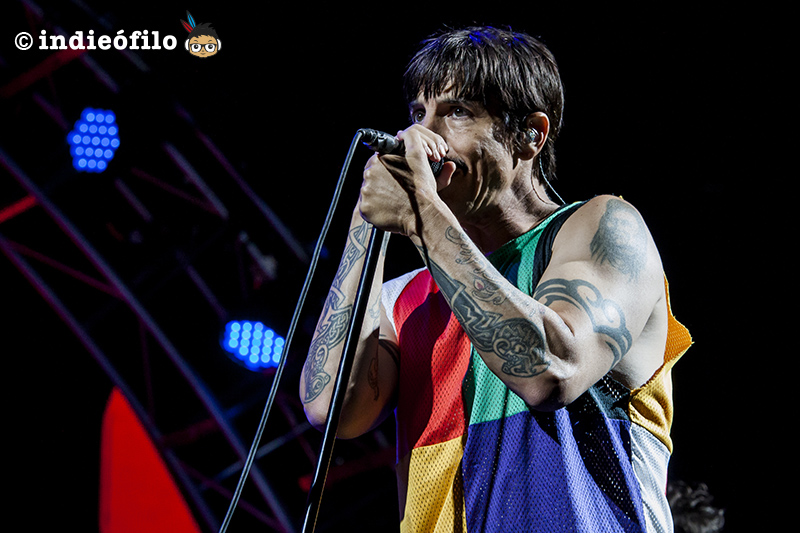 The day started on the main stage with crazy Irish The Strypes, who presented the songs their new album Spitting Image (2017). With Ross Farrelly on the voices wearing a spectacular red-and-black plaid jacket, the absolute protagonist on stage was his colleague Pete O'Hanlon, who from the bass guitar achieved to move the public with their dances and overflowing energy. Their concert was from lowest to highest, with rhythms that were varying from rock to punk that had culmen point when they dared with a cover of “Psycho Killer” by Talking Heads. 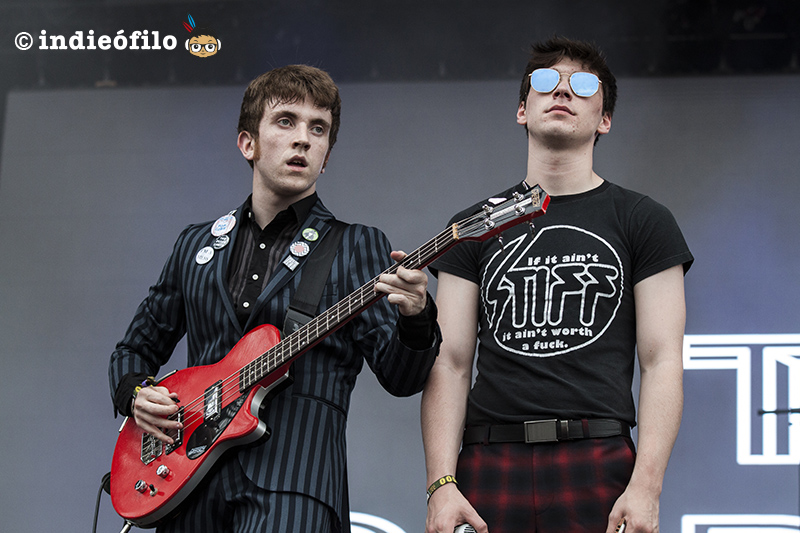 The Strypes –  Photo made by Víctor Ramos for Indieófilo©

It was quite shocking to see how much of the young audience that minutes before went crazy with the distortions of the Irish didn't want to know anything of indie rock legends like the Americans Dinosaur Jr.. With a wall of Marshall amplifiers behind them, and despite the indifference of a few rows filled with British waiting for the youngest of the Gallagher, it was a pitty that the sound of guitars and instruments literally ate the voice of Joe Mascis that during the whole concert showed off his enviable collection of Fender guitars. The vocal theme was the only but of a masterful setlist in which they emphasized their masterful cover of "Just Like Heaven" by The Cure or a final of the show in which sounded hits of their entire discography as "Little Fury Things" or "Feel the Pain". 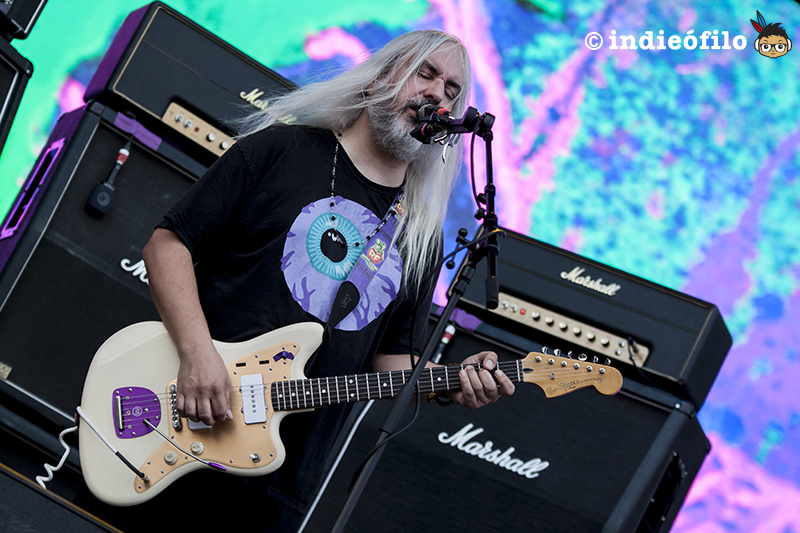 Few meters away, the picture was totally different with Spanish hip hop singer Mala Rodríguez unleashing an earthquake on the Visa stage, jumping onto the stage between blue smoke bombs accompanied by up to four incredible dancers and a dj who was in charge of handling as his please with audience in which it surprised the great amount of Britons. With the usual rage of their songs, the Andalusian chose in this case for a setlist full of danceable rhythms in which they highlighted "La Niña" or "Tengo un trato", demonstrating that if just a week ago we were talking about Kase O as the king of Spanish hip hop, the title of queen of the genre is, undoubtedly, in the power of Mala for more than a decade ago. 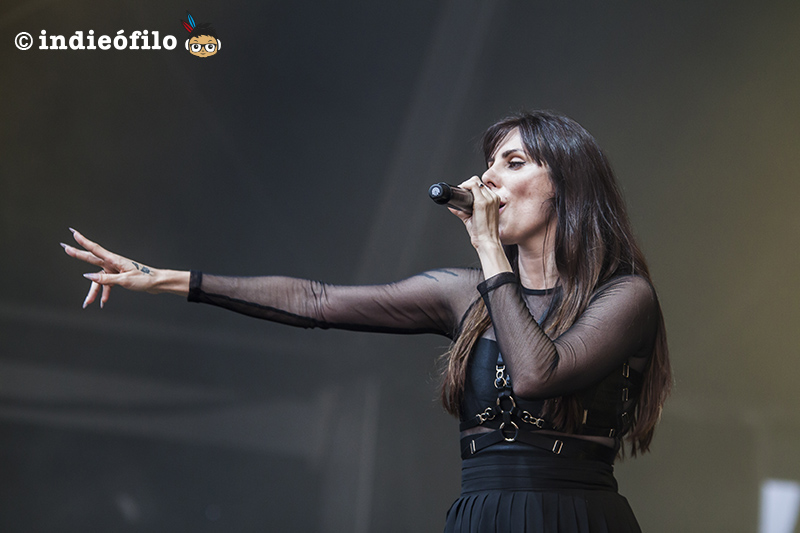 Mala Rodríguez – Photo made by Víctor Ramos for Indieófilo©

The marathon of big names on the main stage was closer to start with Mancunian Liam Gallagher, who came to show his first solo album As You Were (2017). With a spectacular start based on songs of Oasis like "Fuckin 'in the Bushes", "Rock'n'roll Star" and "Morning Glory", the English knew how to put in the pocket to an audience that idolizes and that also received in a positive way his new hit "Wall of Glass" and the accelerated "Greedy Soul", where Liam's voice was at the level of his best years. However, the rest of his concert was a wannabe where the new songs didn’t go smoothly and where the absence of some songs of Beady Eye didn’t help the global rhythm of the concert, making that we can only remark from the second phase of the gig the two encores of Oasis songs; The first one full of guitars with "D'You Know What I Mean?" And "Slide Away" and a second one in which the singer gave himself a walkabout  being the leader of a massive karaoke that sang from beginning to the end "Be Here Now" and "Wonderwall". 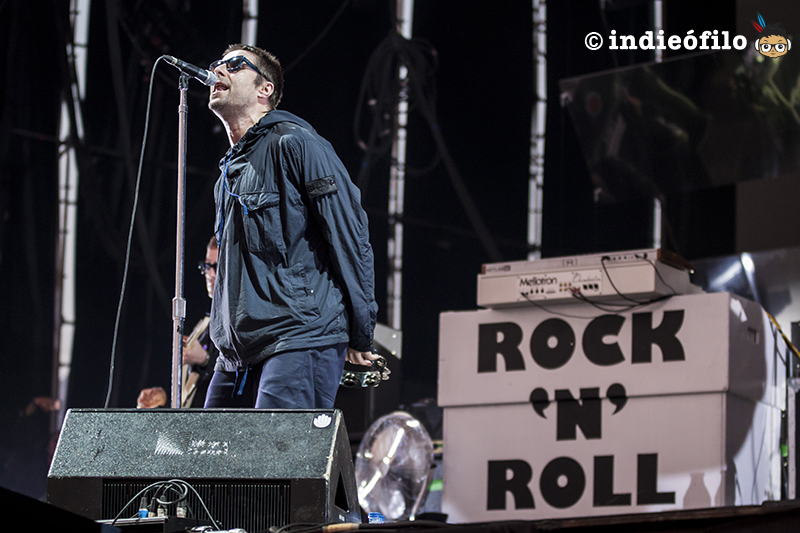 Liam Gallagher – Photo made by Víctor Ramos for Indieófilo©

After Liam's leadership demonstration, it was time for the big headliners of this 23rd edition, the band from Los Angeles Red Hot Chili Peppers. With a spectacular stage full of screens and with Flea solo on stage opening the show, the quartet started strongly with "Around the World" and "Dani California", to later focus their show on their latest album The Getaway (2016). With the rhythm of the concert going down and some sound problems centered in the volume of the mic of Anthony Kiedis kneading the sound (as soon as he separated it from him 10 cm, it was almost impossible to heard his voice), their show was gradually falling.. Luckily, based on hits as "Californication", "Under the Bridge" or "By the Way", in addition to their classic cover of Stevie Wonder's "Higher Ground", they re-animated immediately the concert. However, an incomprehensible break of about 4 minutes, which also prompted one of the festival's controversy because a part of the audience boo to those women who did not show their tits when they appeared on the giant screens (Special mention of asshole of the year for camera and producer), made that the set of encores were sounded a cover of "Fire" by The Jimi Hendrix Experience or the iconic "Give It Away" were reduced to mere anecdote instead of the icing on the cake. In short, it is a spectacle to see Flea and Chad Smith on the stage, Josh Klinghoffer is well-established as a substitute for Frusciante and it is always a pleasure to enjoy one of their multiple hits live, but a band like Red Hot Chili Peppers is expected to roll over everybody in their role of headliners, and this time their concert was simply a good one, not an exceptional one.. 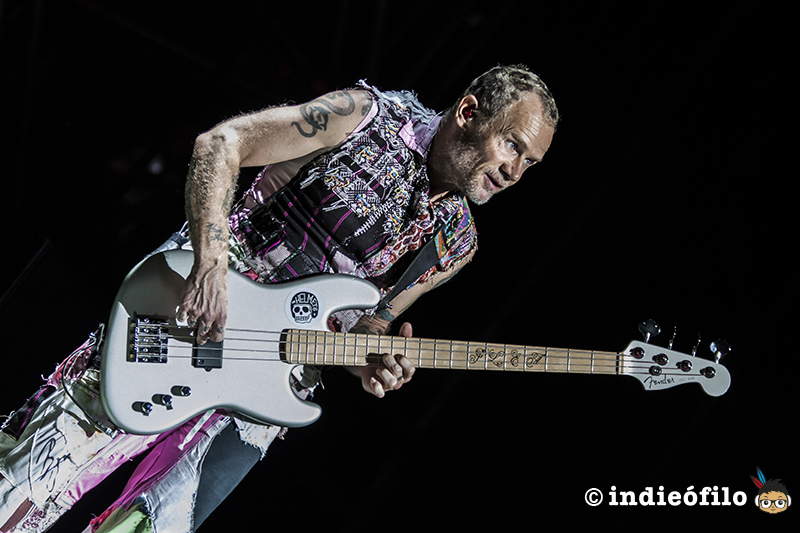 The usual stampede among concerts on the main stage didn’t happened before the arrival of Biffy Clyro, nowadays possessors of one of the best lives on the international scene, as we could enjoy a few months ago in their recent tour of halls that brought them last January to Barcelona. Before a crowd full of British people who idolizes them, the Scottish band offered a concert that combined strength in voices and instruments to deliver about 90 sublime minutes, which kicked off with "Wolves of Winter" and "Living Is a Problem Because Everything Dies". After them, the first half of the concert will focus on their last two albums Opposites (2013) and Ellipsis (2016), to release later a final apotheosis of about 30 minutes in which we could enjoy "Mountains", "9/15ths" or "Many of Horror", plus a couple of bises that started with Simon Neil playing the acoustic guitar on the delicate "Machines" and their classic end of party with "Stingin 'Belle". 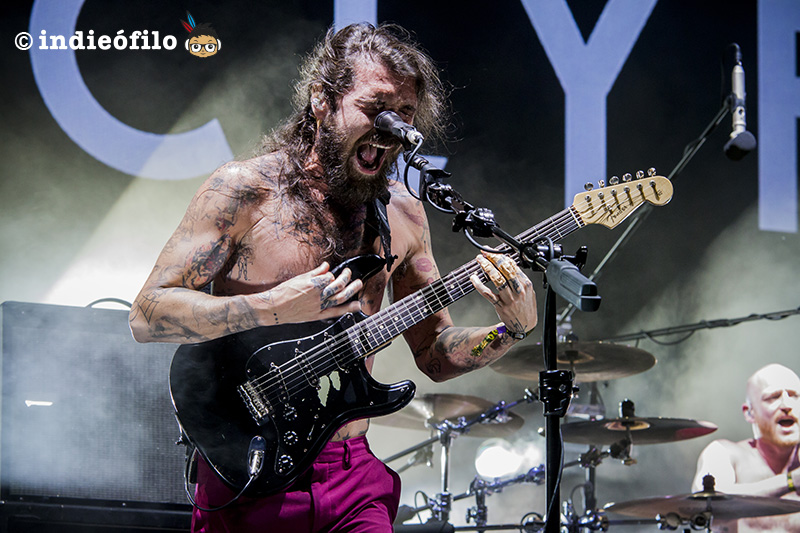 Perfect end to a day that proved that FIB has come back to the best ages with a sold out of 53,000 people, who enjoyed the great shows of Mala Rodriguez and Biffy Clyro and appreciated the set of hits of Red Hot Chili Peppers and Liam Gallagher.