The second day of Cruïlla 2017 demonstrated the strength of an exceptional Line-up, which left us almost ten notable concerts among which stood out the Spanish bets of Exquirla and Enric Motefusco, as well as the good level of the big international headliners as Pet Shop Boys, The Prodigy and Ryan Adams. 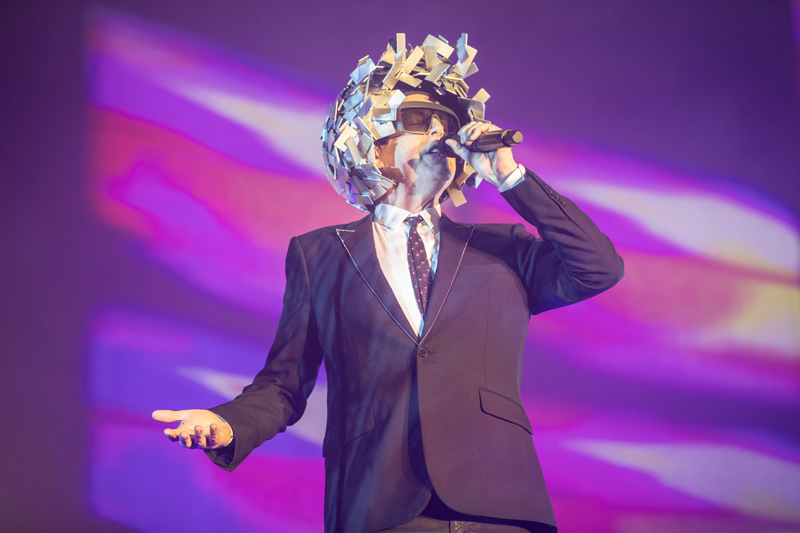 Our first concert of the day was Exquirla, the joint project of El niño de Elche and Toundra, who played their entire debut album. The show managed to raise even the emotional level of a superlative LP, which fuses perfectly all the good of progressive rock with the desire of experimentation of the Valencian singer, taking full advantage of those passages in which the distortions of the guitars mix perfectly with flamenco “quejios”. Even on those moments in which the sound walls created by the guitars of the band form Madrid get to fade the voice of the singer, is when the versatility of El niño de Elche stand out adapting his voice in a way that looks like another instrument in the hard landscapes created by Toundra. His interpretation of "Un hombre" will remain as one of the moments of the festival.

Not quite far away, at the Time Out stage, Benjamin Clementine tried to make people that were sited in the stands go down to dance closer to the stage under threat of leaving the festival.. Once the challenge was accepted by the crowd, the English singer offered a good concert in which he demonstrated that he is one of the best masters of ceremonies of the current scene, dare to create choreographies with the public with little effort while thrilled with his deep voice and the help of a piano, as demonstrated in that walkabout that was "Condolence". However, the presence of an almost imperceptible chorus and the insistence on rhythms that eventually became somewhat repetitive, left us conflicting sensations when we analyze concert as a whole. 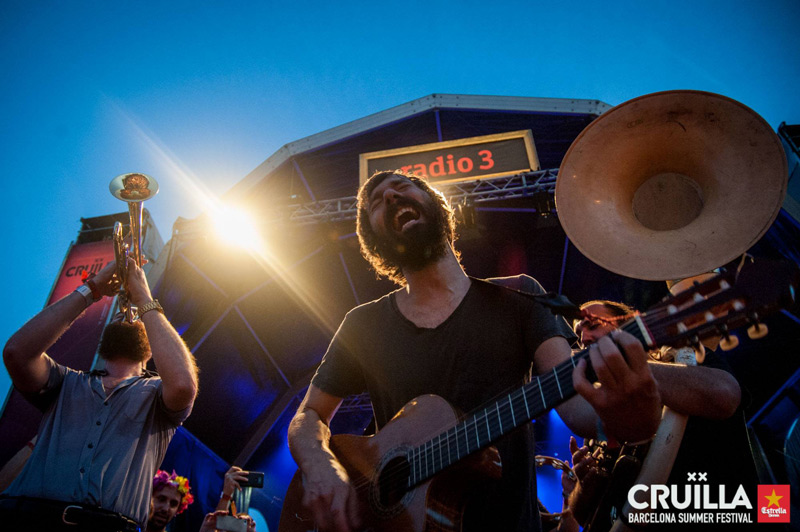 Back on stage Radio 3, Enric Montefusco will start his concert where he will celebrate his recently released paternity playing his latest album Meridiana (2016). Despite being warned that his voice was not in the best conditions and small problems of sound in the form of feedbacks in the first songs, the Catalan overcame the problems with the help of a magnificent band that shine on recent songs such as “Buenas Noches” or "Flauta Man". By the time that came out the most animated songs of his solo discography, Enric already had people in his pocket, who would end up at his feet when they sounded "¿Por qué me llamas a estas horas?" and "Adelante Bonaparte (I)" From his time at Spanish band Standstill. The icing on the cake would be the last two songs played by the whole band, including trombone, in the middle of the audience, raised to chairs and without microphones, so the final big ovation that musician and band received was more than deserved. 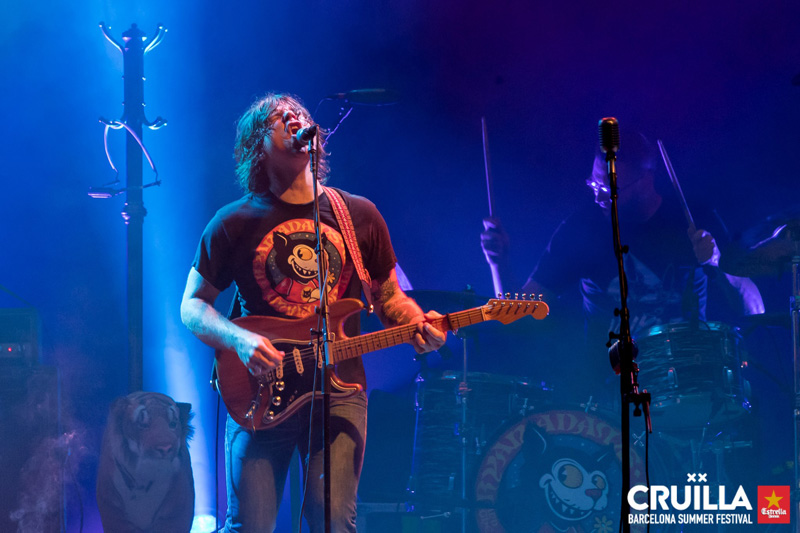 That amazing end with no expense spared made us miss the start of Ryan Adams’ show, who returned to the Catalan city more than a decade after his last concert in the city. With a maturity and an unusual sobriety for what we were accustomed, the American offered a linear show, full of good melodic rock in which he was interlacing songs from his last album Prisioner (2017) with hits like "New York, New York", "Cold Roses" or "When the stars go blue". At the same time, Murcia band Viva Suecia filled the tiny tent Movistar to present in Catalonia their new album Otros Principios Fundamentales (2017). Hoping to be able to enjoy them in better conditions next week at the FIB (the tent was a pain in the ass regarding sound in which it became difficult to hear the voices normally), we could only enjoy 4 songs, among which highlight "Piedad" or "El Nudo y la Esperanza", that helped us to verify why the band led by Rafa Val is the band in the shape of the Spanish Indie panorama. 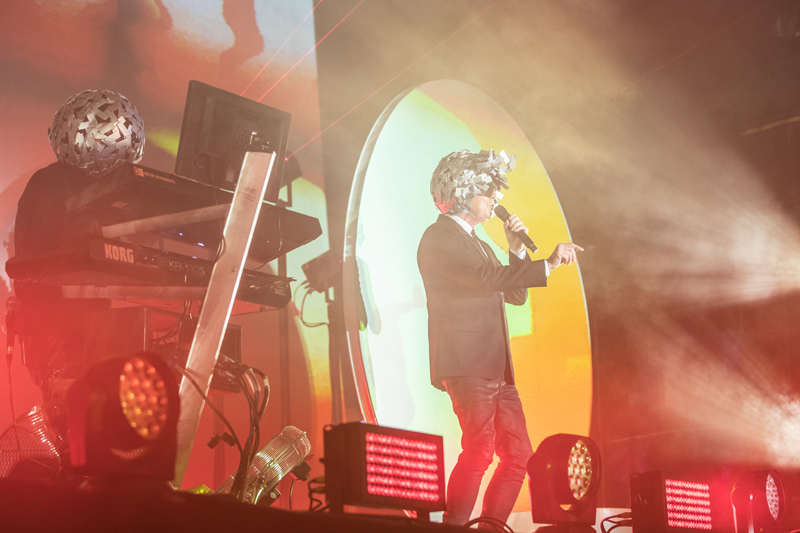 The main stage was full to overflowing for Pet Shop Boys, who visited the festival in the tour to promote their latest album Super (2016). With an amazing set design and incredible light sets, and helped by a band of up to three people that erased from our mind their iconic image of duet on stage, the British band had a somewhat dubious beginning due to the low volume in the voices and the excessive number of songs in the setlist of their last two albums. Thanks to hits like "Se A Vida É" or "West End Girls", they took control of the situation to deliver a final 25 minutes of high level in which we could enjoy "It's a Sin", "Go West" or "Always on My Mind". 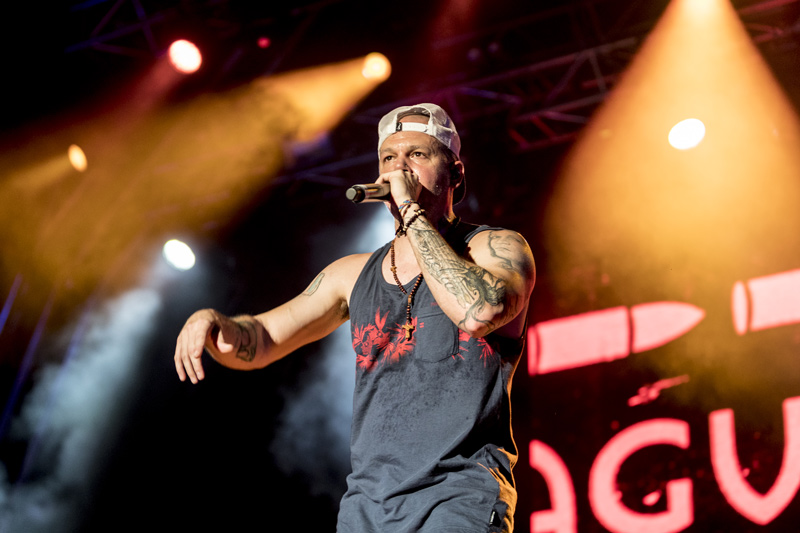 Without rest and few meters from that, Cruïlla Enamora stage received Residente, one of the leaders of the already disappeared Calle 13. With a setlist in which the songs of his previous band stood out, the Puerto Rican made dance to a stage that became crazy with hits like “Atrévete-Te-Te”, “Calma pueblo”, “Vamo' a portarnos mal” or “La vuelta al mundo”, although the excess of orchestration of some themes, extended to infinity for the magnificent display of the band that now accompanies him, faded a little bit some of them. Completely wiped up in sweat we were again waiting at the main stage, where after a slight delay appeared the British band The Prodigy. With an overwhelming start where sounded “Breathe”, “Nasty”, “Omen” and “Firestarter”, the band of Liam Howlett and Maxim Reality offered a rave full of strobe lights that was gradually falling down due to the majority presence of songs pertaining to The Day Is My Enemy (2015) and Invaders Must Die (2009). Only towards the end of their show, when they recovered the already distant "Everybody in the Place" and megahit "Smack My Bitch Up", the show was able to return to the initial euphoria.

Our last gig of this Cruïlla 2017 were going to be La Raíz, who surprisingly failed to attract as much audience as we expected, since their style and the schedule of their performance were the perfect ingredients for a massive party. And to our delight, it was "simply" a big party where we could dance and jump with the fast rhythms of the Valencians, who faced a half-full stage offered a setlist focused on his latest album Entre poetas y presos (2016), but in which there was also time for songs from past albums such as "El Tren Huracán", "A Sombra de la Sierra", "Elegiré" or "El lado de los Rebeldes". In overall, a very good concert in which the 4 main voices were at a high level, where the section of winds was the great protagonist thanks to his great level and in which the band from Gandia demonstrated an evolution that has made them deserving a spot on the Spanish ska-fusion-rock podium.