American Eli "Paperboy" Reed came to the Dutch capital a week before launching their fifth studio album My Way Home, which as we have heard on the streaming of NPR still shows the roots of the guy from Boston; American blues, country and rock 'n' roll. The show at the Bitterzoet room started on time and with Eli as a cyclone interacting with the public, demonstrating not only that his outstanding reputation as showman is deserved but also that the themes of the new album as "Your Sins Will Find You Out" or "Hold Out" have a presence and strength. 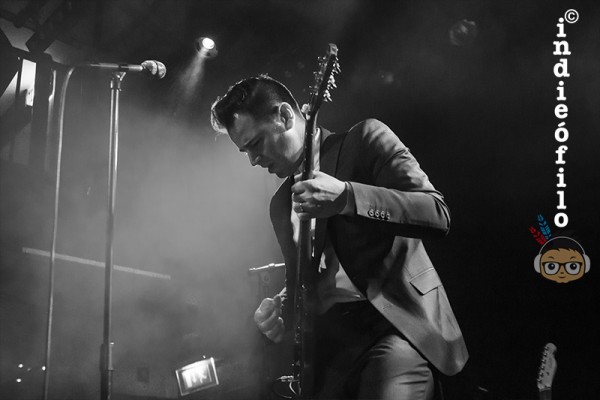 Thus in the first part, serve as a cover letter from the new album with a large presence of new songs, were highlighted "Alright Now" and "Tomorrow's Not Promised", with Reed's guitar as main protagonist and an immaculate union between the members of the band, though the second half of the concert would overcome it both on pace and response from the public. With the plus that provided J.B. Flatt on keyboards and Eli himself singing out of the microphone, and thanks to songs more known to the audience as "It's Easier", "Stake Your Claim" or "Do Not Let Me Down", the band was paving the way for a grand finale with "Come and Get It" and "Explosion". There would still be time for some right encores, where perhaps the initial surprise of the band singing a cappella outshone the overall and left a little bitter taste for a concert in which the new songs were better received than expected and both Eli and his band demonstrated that their quality is beyond suspicion and that they are a sure bet live.