After the successful concert of PJ Harvey the night before, the second day of Down The Rabbit Hole 2016 started for us with the show of American Kelela, one of the new muses of R&B that offered a rather dull and lacking of strength show. Behind the tailgating of the success of FKA Twigs, but without that touch half sensual-half emotional that has the British, only the interpretation of "A Message" and "Bank Head" made us leave the general lethargy produced by the monotone of her voice and some austere projections. 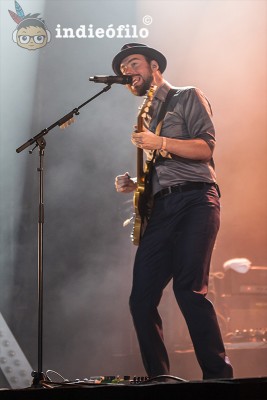 Luckily locals De Staat would return us the faith in music thanks to the incredible charisma of their leader Torre Florim and their powerful rock that made became crazy the main tent. With the experience that gives them have been the openers for Muse across much of their recent European tour, the band of Nijmegen began with the forceful "Blues Is Dead", to show later their style that mixes synthesizers style (which resemble the industrial style Nine Inch Nails) with powerful guitars full of effects on the amazing "Input Source Select". In case someone doubted about their growing fame, close to the end would come a great version of "I'll Be Your Only Friend" of Flamman & Abraxas and the amazing "Witch Doctor" with which the tent has become an authentic Rave that made a huge mosh circle with their leader Torre in the center as a perfect master of ceremonies. 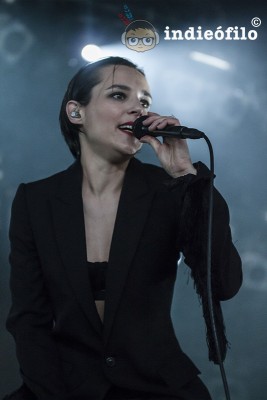 Although it will be hard to believe, the level would increase even more with the English Savages at the Teddy Widder tent. Their concert was one of the best of the festival, a full lesson of Noise and Post-punk, with Jehnny Beth attracting the attention of the entire audience on her person with gestures and spasms that made during the whole show. The start with "I Am Here", "Sad Person" and "City's Full" was spectacular, maintaining a constant level during the rest of the concert where highlighted the dark basslines and the strength of a very present drums on all the songs. There was still a bullet in the chamber, which arrived with "Mechanics" and "Adore" in the final minutes, showing that the band, with this new album that enshrines as one of the worldwide references of the style, has earned by far take up the main stages of the festivals. Calm came with Lianne La Havas, that had offer a somewhat lacks of character and too linear show on the main tent. Her music is an ode to good vibes and is perfect to enjoy it quietly on the couch at home, but live requires something different that keeps you interested in the show beyond some good songs like "Tokyo" or "Grow".

That is precisely what brings Glen Hansard that has already been removed the label of "The boy from Once" to show all the quality that holds in his nearly 25-year career, first with The Frames and then solo. With nearly a dozen people accompanying him on the stage, and continuous interaction with the public (He had the folly to ask the crowd for a beer and they responded him by throwing few glasses full of beer..), his show was a mix of own songs and excellent covers as "Astral Weeks" by Van Morrison where we miss the interpretation of the well-known "Falling Slowly". It is a shame that as the show of The National approached, the tent became emptied, precisely because the encores were one of the jewels of the festival, with "Don't Do It" by Marvin Gaye or "Devil Town" of Daniel Johnston as small parting gifts. 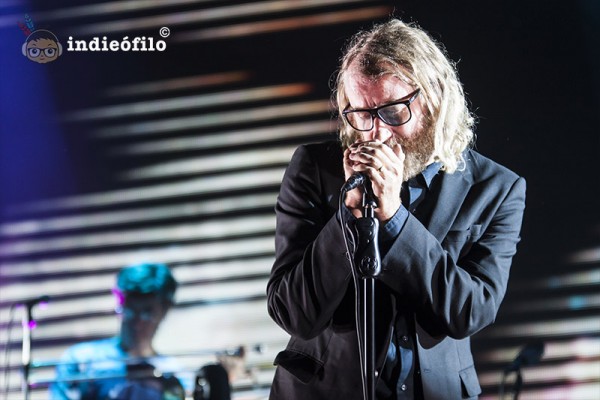 The big headliner of the festival had finally arrived and, unfortunately for us, the first minutes of The National were completely disastrous. The attempt to please presenting the new song "Find A Way" became a handicap due to the lack of synchronization between members, and Bryce Dessner decided to cancel in the middle of it, and with Matt Berninger joking seconds after pointing out that the new album would include atonal and full of crazy rhythms songs. Probably due to the doubts of this first theme, the songs that came after that were the most powerful ones from their latest album Trouble Will Find Me, like "Do not Swallow the Cap" and "Sea of Love", did not sound so blunt as usually , hitting bottom with another new song on the setlist as "The Day I Die" minutes later. From here on the show was gradually growing up, taking up that level to which we are accustomed by the Cincinnati’s band, with fanfare and habitual gestures of their leader, and that allowed us to enjoy chained "Afraid of Everyone", "Squalor Victoria" and "I Need My Girl" in the middle of the show and a grand finale with "Graceless", "Fake Empire", "Mr. November" and "Terrible Love". So good show by the Americans, with a start that perhaps detracted them too much but which was a great end to a day that left us incredible gigs such as the ones by Savages, Glen Hansard or local heroes De Staat.