Canadians Black Mountain came to Melkweg room in Amsterdam as next-to-last stop of their European tour to promote IV, its highly anticipated fourth studio album which was released just 15 days ago. Before a crowded room in which surprised the presence of different generations, and with a sober scenography with only two side screens with a fixed image and with almost no lights (In what appears to be a trend in recent years that "love" our Photographers), the band stepped on stage with about 30 minutes delay over the scheduled time that were quickly forgotten by the crowd thanks to a spectacular start sustained on two of the most powerful songs from their latest album, "Mothers of the Sun" and "Florian Saucer Attack". 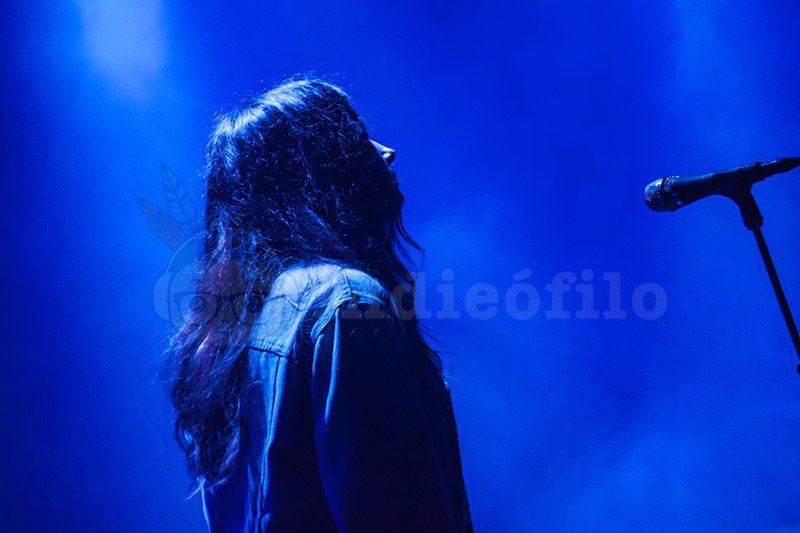 These first songs were a sign of what was going to be the whole concert: An exceptional sound quality based on the visceral soundscapes, created mainly by Stephen McBean on the guitar and the keyboards and synthesizers of Jeremy Schmidt. Despite all the scenic attention falls back on a shy Amber Webber, the two geniuses in the shade (and never better in this scenario..) are responsible for the powerful distortions and fed back loops house mark, that achieve to vibrate a dedicated audience that applauds and shout out each of their songs. After the magical "Stormy High", the rocker level is disappearing slowly in order to gradually choose for longer songs with progressive sound, like if Led Zeppelin or Black Sabbath had become Jefferson Airplane in just 5 minutes, as could be observed in "Druganaut" and its funk-rock seventies style or the approach to 80's pop in "Cemetery Breeding", although undoubtedly the most psychedelic part would come with "Tyrants", probably the best song of their discography released in the distant In The Future. 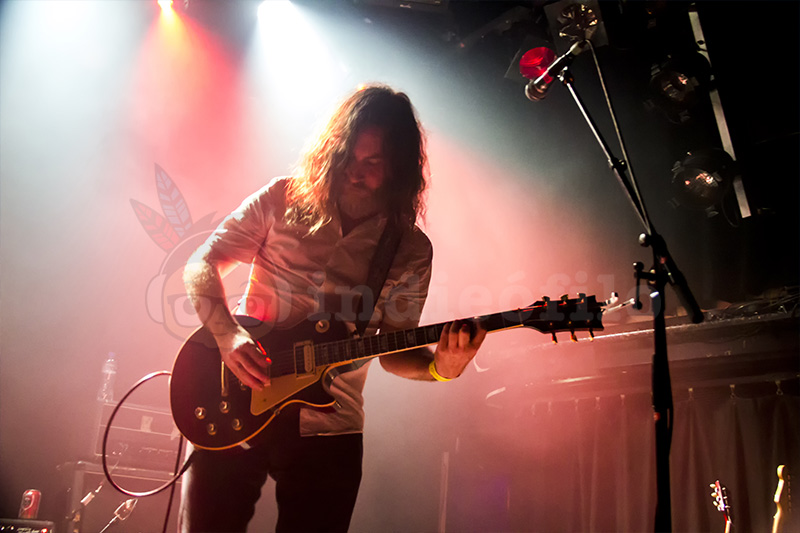 The return to their most recent songs show the electronic kraut of "You Can Dream" or the contemporary folk on "Line Them All Up" where Amber approaches to a calm version of none other than Janis Joplin. We had to wait until the 9th theme to listen the only theme in the setlist in their previous albumthat was precisely the one that named the album, "Wilderness Heart", in what seems a statement of intent of the band to hide their more indie and accessible side that showed 6 years ago. Although if that means to enjoy performances such as "Defector", in which synchronization between the two main voices together with powerful synths that remind us of the best Pink Floyd, we forgive him without problem.. With the public again at their feet, the band returns to its lysergic side with "Wucan", to close the concert with the endless "Space To Bakersfield" which served for the personal brilliance of a immense Stephen McBean who demonstrated his skills to the guitar, remembering at times to Jimi Hendrix. There would still be time for a couple of encores like "(Over And Over) The Chain", with keyboardist playing an endless intro full of sounds reminiscent of space movies, and "Do not Run Our Heads Around", forceful and uncomfortable in the beginning thanks to the characteristic drumbeat, that were the one who closed a show of 90 minutes that despite demonstrate the great live of the Canadians and a quality beyond suspicion, went from highest to lowest probably due to a bad choice in the order of the setlist.