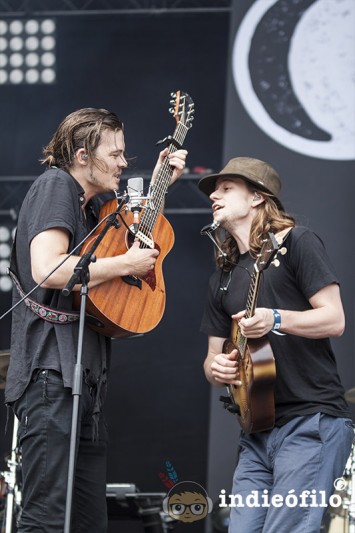 After a second day that will be remembered by the big shows of Editors and Sleaford Mods, the last day of Best Kept Secret Festival 2016 finally started without the rain as protagonist and with the ground drier than in the previous 48 hours. In what has become a tone on these lands on the closing day, some concerts like Explosions in the Sky, Unknown Metal Orchresta or Beak> took place on very early hours, making it impossible to arrive on time for those who didn't chose for the accommodation in a muddy campsite. So, our first show of the day would be the one of Canadians Half Moon Run, whose indie-folk match perfectly with the first rays of pure sunshine throughout the festival.. Their concert, much more lively of what is shown on their last album Sun Leads Me On, started with small problems with the power on their instruments, which made us enjoy a magical moment when Devon Portielje and Conner Molander performed an acoustic version of "Devil May Care", both in the same microphone and with continuous laughs between them. The show, based on too much percussions instruments, was from highest to lowest falling into a monotony of guitars and choirs that only disappeared on the last song of their repertoire, the famous "Full Circle".. 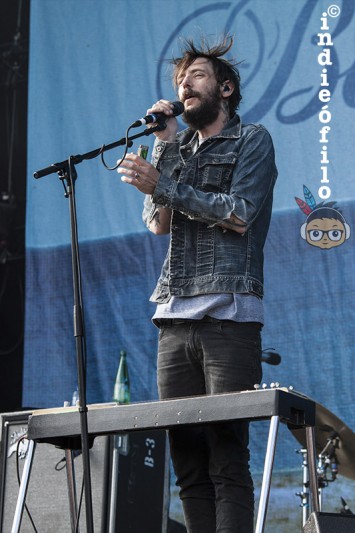 The most danceable rhythms and synthesizers came immediately after with Americans Yeasayer at tent 2. As they get used, their concert was a party that had Anand Wilder and his guitar as perfect masters of ceremonies and in which Brooklyn's band offered a brief tour through their discography. With continuous ups and downs, that usually matched with the times when Chris Keating left the keyboards to sing in the foreground, the concert had its best moments in the final minutes with the concatenation of "Ambling Alp", "O.N.E." and "Sunrise", leaving a well deserved good taste on the overall. With these antecedents, we were against the most awaited gig for us of the day , the one of Americans Band of Horses gave to show their recent fifth studio album Why Are You OK, and the band of Ben Bridwell did not disappoint gaving the best concert of the day sustained in an exceptional sound. With the diverse effects on the guitars and the always emotional voice of their leader as protagonists, the concert was an extensive recap of their discography with which the public shuddered a great time and in which was even possible to see a real size cardboard horse introduced by someone in the audience (sic) on the front lines for a couple of themes. On our memory will remain the magical last 15 minutes, focused on their early albums Everything All the Time and Cease to Begin with "The Funeral" as high point sang in unison by a devoted audience who fall in surrender at their feet before the quality and the perfect staging of the Seattle's band. 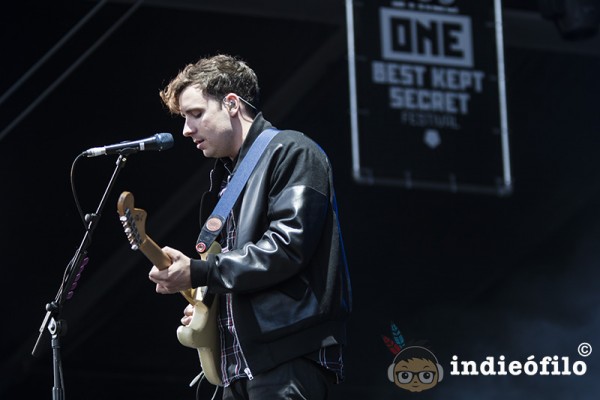 Perhaps the state of euphoria that we enjoyed with the Americans meant that the clash with the proposal of the Icelandic Asgeir was an insurmountable obstacle for the second. Their concert was slow and lacked of that delicacy side able to flourish all kinds of emotions that the burly Nordic arouse, thus sounded their show a watered down version of their two spectacular records, and away from all those shades so reminiscent of John Grant or Bon Iver that he used to. Joined by a superb band, he shattered nonsense the "Heart-Shaped Box" by Nirvana, to later deliver some good moments with "King and Cross", "Going Home" and especially the powerful "Torrent", with which he closed his concert. Two Door Cinema Club had it easy to raise the level, and for a moment, it seemed that the one at Dutch festival could be one of those memorable shows.. However, the Northern Ireland band demonstrated that all the stereotypes that we detested in the past remain in their live show; songs that start at a rapid pace, to progressively decline over the intermediate verses and re-accelerate in the chorus.. We must recognize that they have great songs that can be classified as hymns of indie-electro as "What You Know", "Undercover Martyn" or "I Can Talk" and that the new songs premiered "Are We Ready? (Wreck)" and "Gameshow" seem to approach slightly to darker sides, so we ought to wait until October to check if their new album is the LP that will bring us the expected disruptive step forward of the British band. 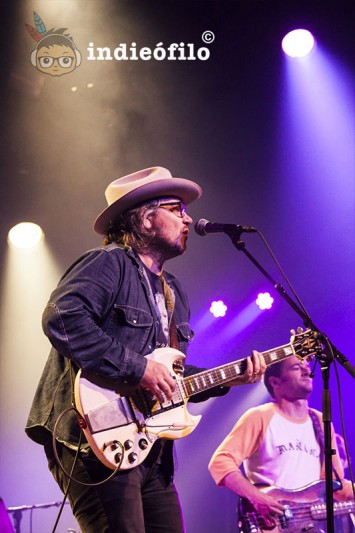 The festival was closer to its end and two big headliners of this edition were about to emerge. First it was the turn of Americans Wilco, who offered one of the concerts of the festival before a full tent and showed that their evolution beyond their initial folk to more experimental approaches is a success. After a somewhat hesitant start in the sound, "I Am Trying to Break Your Heart" and "Art of Almost" showed the first flashes of quality, and from there on the show was gradually increasing, providing us memorable moments as the union of "Via Chicago", "Spiders (Kidsmoke)" and "Jesus, Etc.". The culmination to an almost perfect show would arrive in the final moments, when sounded "Impossible Germany" and "The Late Greats" to the delight of a tent that said goodbye to Tweddy and company with a well-deserved standing ovation. The last bullet of the festival came with Jamie XX as an absolute headliner of the day, coming into Dutch festival to present his wonderful debut album In Colour. And as it was shown in the initial moments, it seemed that he had forgotten about it to make a session of greatest hits where he mixed "You've Got The Love" by Florence + the Machine, "Don't You Want Me" by The Human League or New Order and their legendary "Blue Monday". That was a warm-up for an audience that didn't take care of what was sounding , dancing all without judgment and enjoyed the show as if it was a common session in a nightclub, so when finally arrived the highpoints of his show with magnificent "SeeSaw" and "Loud Places", they did not show the enthusiasm that the grand finale of the British deserved. Good show that went from lowest to highest and that was a great close up for a festival marked by the rain that turned the field into a real quagmire, and in which after a poor first day, Sleaford Mods and above all the excellent concert of Editors rise up the level, which was keep in a final day with the shows of Band of Horses, and the aforementioned Jamie XX. 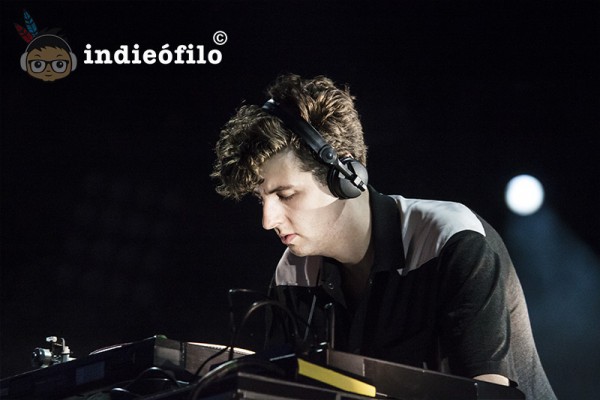