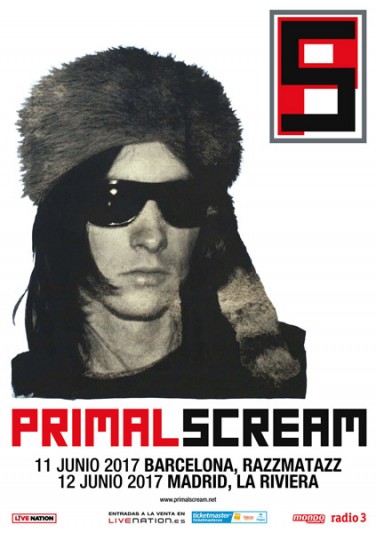 Scottish band Primal Scream have announced this morning that they will play two concerts in Spain in June of this year in which they will present their latest album Chaosmosis. Bobby Gillespie's band will be on June 11 at Razzmatazz in Barcelona and on June 12 at La Riviera in Madrid, and in addition to their last album, we will enjoy the great quantity of hits of the extensive career of Primal Scream, authors for example of two vital Lps for the independent scene like Screamadelica and XTRMNTR.

Tickets will go on sale at 10am on February 1st on an exclusive pre-sale through livenation, while 24 hours later tickets will be available at livenation, ticketmaster and rnetwork (FNAC + Carrefour + Hawk Travel), in both cases at a price of € 40 + fees.