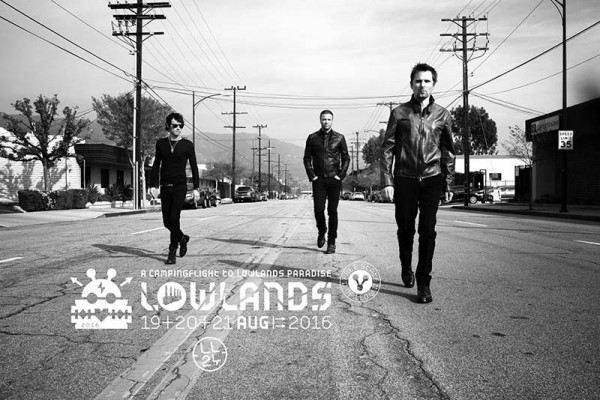 One month after confirming Foals, and taking advantage of the English are in Amsterdam this week, where they sold out three times the impressive Ziggo Dome, the organization of one of the most important festivals in Europe, the Dutch Lowlands, just confirmed Muse as big headliner for the edition of 2016. The festival, to be held in the usual enclosure near Walibi in Biddinghuizen from 19 to 21 August, will have for the third time the British in their lineup, after their performances in 2001 and 2006 and is closing a incredible lineup of daydream which already include Foals, Sigur Ros, LCD Soundsystem, Disclosure, Chvrches, The Last Shadow Puppets, Eagles of Death Metal or M83, among others.

Tickets are available at its official Website with a starting price of 185 Euro.