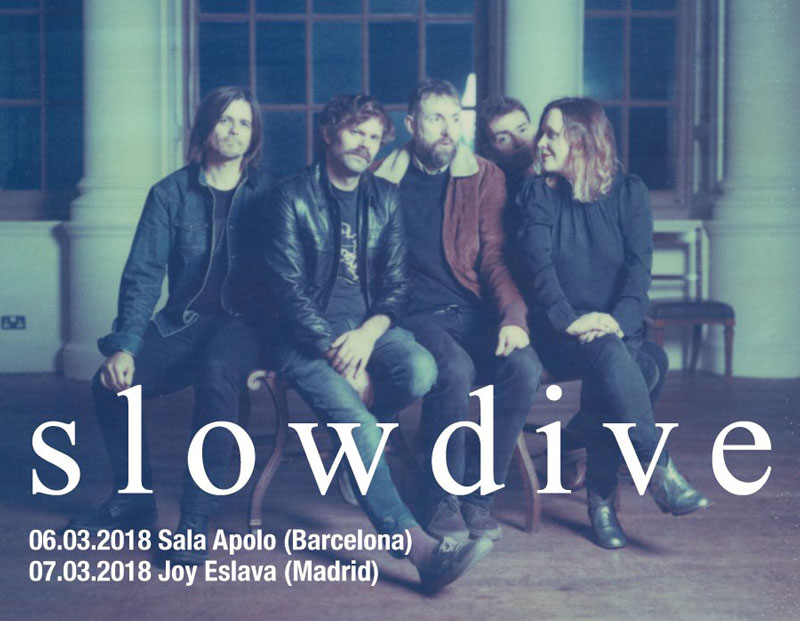 British band Slowdive have announced today as a perfect gift on Three kings day two concerts in Spain in which they will present the successful self-titled album Slowdive (2017), their return more than two decades after their last studio album Pygmalion (1995). The band led by Rachel Goswell returned to the stages in 2014 demonstrating why they are one of the leading groups in the history of shoegaze, and now they will finally visit Spain, performing on March 6 at Sala Apolo in Barcelona and a day later on March 7 at Joy Eslava in Madrid within the Sound Isidro concert cycle, acting finally thus at Madrid's capital after the band's refusal to act in the past Mad Cool Festival due to the death of the acrobat Pedro Aunión.

Tickets for both concerts are now on sale with prizes that range from 26 to 30 euros; Barcelona's tickets can be bought at El Portal del Primavera Sound and Madrid's ones at Wegow.