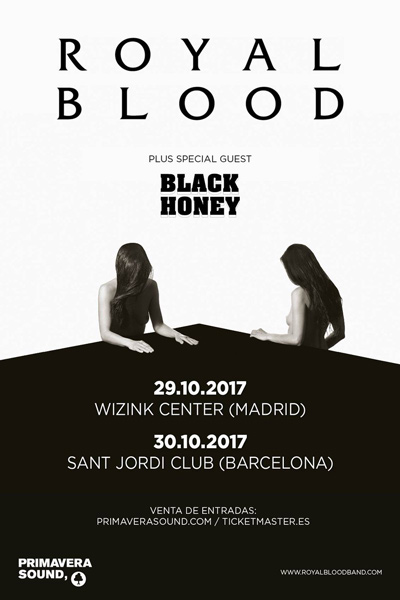 Just a couple of days after their show at Bilbao BBK Live 2017, British duo Royal Blood have just confirmed a mini tour that will bring them to Spain in late October. The dates chosen were Sunday, October 29 at the WiZink Center in Madrid, and on Monday, October 30 at the Sant Jordi Club in Barcelona, in both cases having Black Honey as opening band.

Tickets for the two concerts will go on sale tomorrow, Tuesday, July 11 at 12:00am through Redtkt and Ticketmaster with a price of 30 € plus management fees. In the case of the concert of the city, some tickets will also be on sale soon in La Botiga del Primavera Sound.