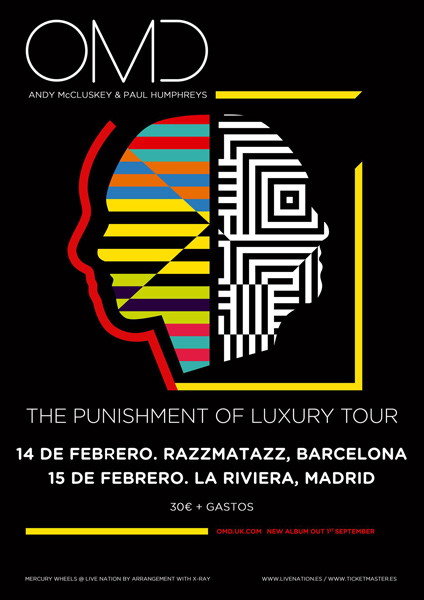 British Orchestral Maneuvers In The Dark, better known as OMD, just announced two concerts in Spain for the month of February 2018. After his visit to Primavera Sound Festival in 2015, the band led by Andy McCluskey and Paul Humphreys will return to the Catalan city to present their new album The Punishment Of Luxury (2017) on February 14, 2018 at Sala Razzmatazz, while a day later, on February 15, 2018 they will perform at La Riviera concert hall in Madrid.

Tickets for both concerts, that will have a pirce of €30 +fees, will be on sale this Friday September, 29 through Livenation, ticketmaster and ticketmaster ticket network (FNAC + Carrefour + Halcón Viajes).

OMDOrchestral Manoeuvres In The Dark