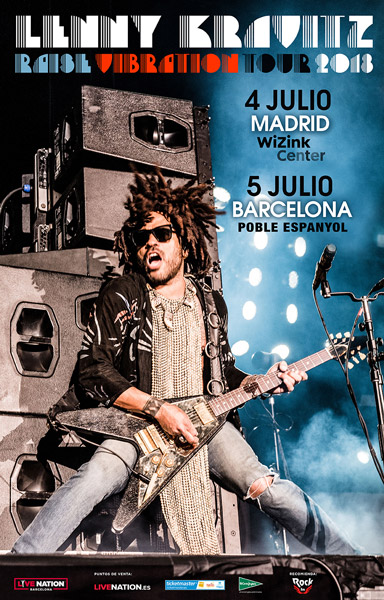 American musician Lenny Kravitz has announced today that he will add nine dates to his upcoming Raise Vibration tour, playing thus additional shows in Spain, the Netherlands, England, the Czech Republic, Belgium and Switzerland. This 2018 tour will be done in support of Kravitz’s new studio album Raise Vibration, which will be released sometime in the spring, being his first record since Strut (2014).

Regarding the shows in Spain, Kravitz will play on July 4th at the WiZink Center in Madrid, while the next day he will perform at the Poble Espanyol in Barcelona on July 5th, returning to Barcelona after his performance at the Hard Rock Rising in 2015. Tickets for both shows will go on sale on 26 January at Live Nation, Red Ticketmaster and El Corte Inglés, while a special pre-sale will open at Live Nation on 24 and 25 January.