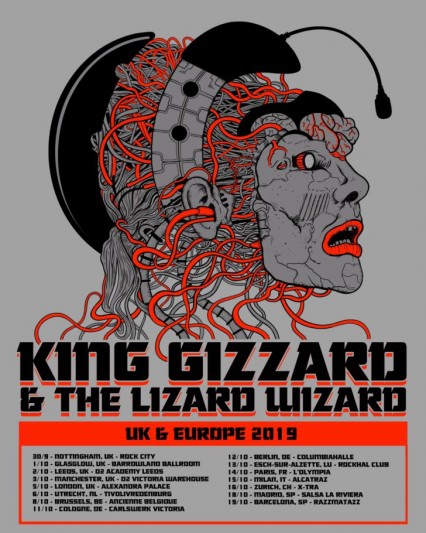 Aussie band King Gizzard & The Lizard Wizard have announced a European tour this fall. The band, that recently announced their new LP called Fishing For Fishies, will start the tour in the UK and will visit later The Netherlands, Belgium, Germany, Luxembourg, France, Italy, Switzerland and finally Spain, on Friday 18 October at Sala La Riviera in Madrid and at the Sala Razzmatazz in Barcelona on Saturday 19 October.

Tickets for these last concerts in Spain will be on sale at 11:00 this Friday March 15 through Redtkt and Ticketmaster with a price of €25 (+fees)