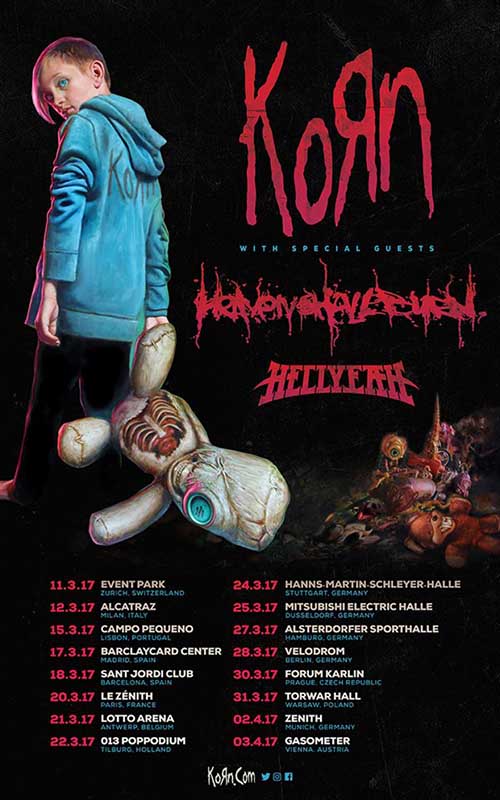 North Americans Korn have announced the dates of their upcoming European tour that will begin in March 2017, where they will visit 16 of the main halls like the shows on March 17 in the BarclayCard Center of Madrid, 18 March at the Sant Jordi Club Barcelona or March 22 in 013 at Tilburg, among others. With Heaven Shall Burn and Hell Yeah as warming up bands during the whole tour, the band of Jonathan Davis will present what their twelfth album The Serenity of Suffering, which is scheduled for next October 21.

Tickets will go on sale this Wednesday, October 5th in a presale style and direct way on Friday, October 7 at 10 am on the official website of Live Nation, with prices between 49 euros+fees for single tickets up to 224 euros plus the "meet and greet" with the possibility to meet personally the band.