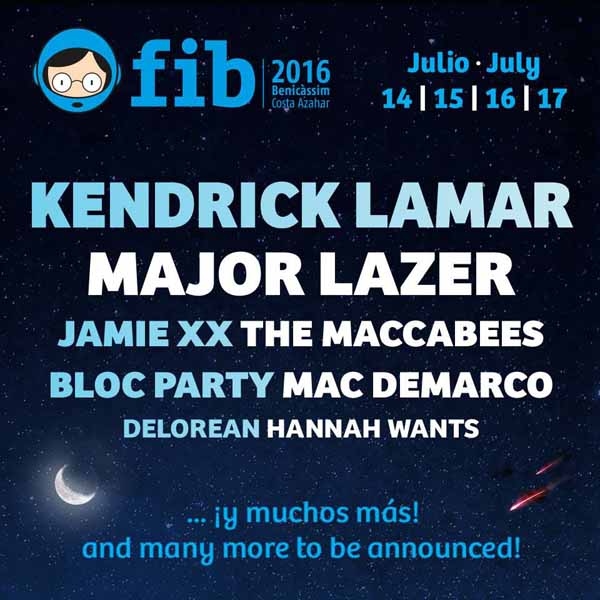 Kendrick Lamar, one of the big winners of this year (at least as far as the recognition on the lists of best albums of the year concers), will be one of the great stars of the next edition of the FIB, as was confirmed by the organization of the festival. After the confirmation of Major Lazer, the American rapper is the big name of a new batch that has also included Jamie XX, Bloc Party, The Maccabees, Mac DeMarco, Delorean and Hannah Wants.

Tickets for the festival, that will be held in Benicàssim from 14 to 17 July. can be bought at its official Website with a starting price of €108 euros for the four days ticket.