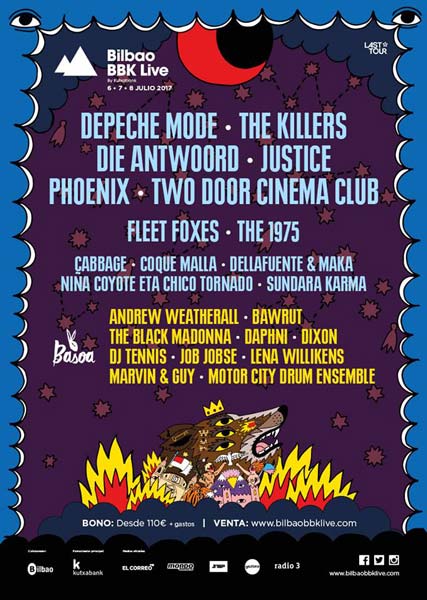 Bilbao BBK Live 2017, which will be held on 6 and 8 July in Kobetamendi at the Basque Country, has just announce new names for its line-up as a pre-Epiphany present. To the already known names of Depeche Mode, The Killers, Die Antwoord, Fleet Foxes, Phoenix or Two Door Cinema Club, the festival adds now Justice and The 1975, as well as British Cabagge and Sundara Karma or Spanish bands Coque Malla, Dellafuente & Maka and Niña Coyote eta Chico Tornado.