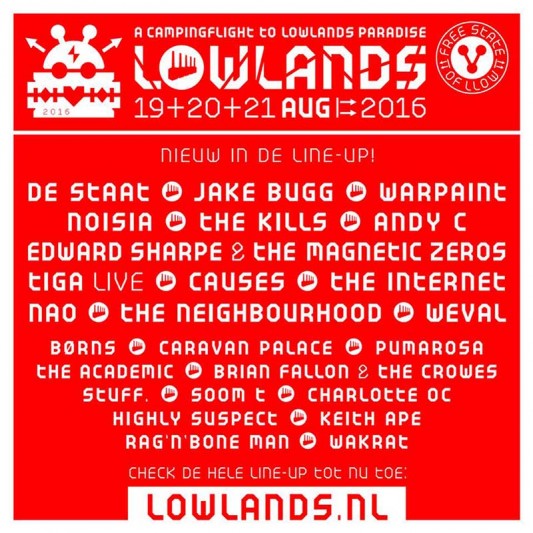 We remind you that tickerts for the festival, that will be held in Biddinghuizen from 19 to 21 August and that includes on its line-up bands like Foals, Sigur Ros, LCD Soundsystem, Disclosure, Chvrches or The Last Shadow Puppets, among others, are available at its official Website with a starting price of 185 Euro.