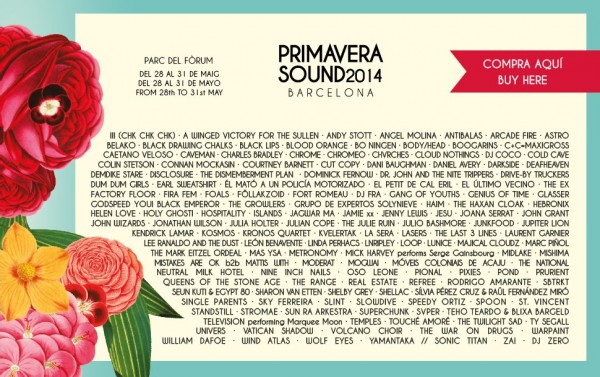 Great Line-up! is the word that gives summarized to all comments seen in the last 12 hours by social networks regarding the one for Primavera Sound 2014. There was little expectation raised by the organization after disclosing that the groups act at the festival would be released in a movie called'' Line-up''. After half an hour of projection, the names spread like wildfire online, Nine Inch Nails, Stromae, Caetano Veloso, The National, CHK CHK CHK, Black Lips, Chvrches, Cold Cave, Foals, Metronomy, and many more who join the already announced Pixies, Neutral Milk Hotel and stratospheric, and hyper-media lately, Arcade fire.