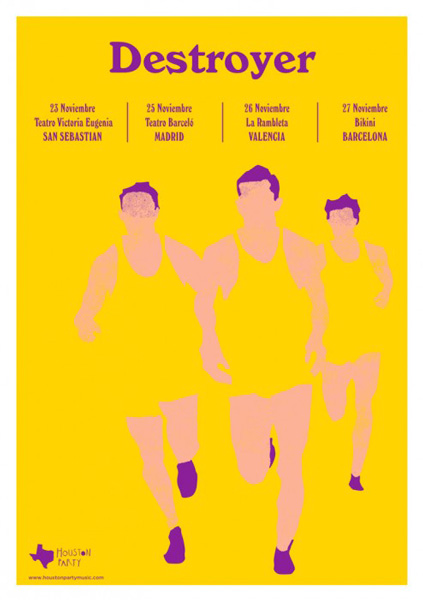 Canadian Dan Bejar, best known for his alter-ego Destroyer, has just confirmed a Spanish tour on the occasion of the release of his highly anticipated new album Ken (2017), which will go on sale on October 20 via Merge Records. Two years after publishing Poison Season (2015), Bejar has collaborated with Joshua Wells of Black Mountain, who has also been his drummer, in the recording of Ken, who will have 11 songs and which in the words of the artist from Vancouver promises to be his darker album. The Spanish tour will start on November 23 at Teatro Victoria Eugenia in San Sebastian, will visit Teatro Barceló in Madrid two days later, on November 25, and the tour will finish on November 26 at La Rambleta in Valencia and on November, 27 at Sala Bikini in Barcelona. The tickets are already on sale on the website of the promoter Houston Party.