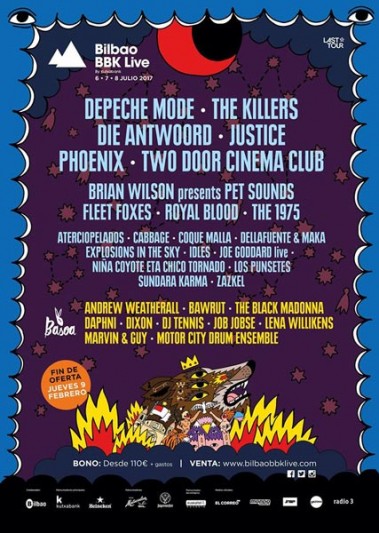 Spanish Festival Bilbao BBK Live 2017, which will be held on 6, 7 and 8 July at Mount Kobetamendi in the Basque capital, announced this morning new confirmations that join in the line-up to Depeche Mode, The Killers, Justice or Phoenix, among others, previously confirmed. In this new batch especially stand out the names of Brian Wilson and Royal Blood; The first one will play as in the past Primavera Sound 2016 the masterpiece of Beach Boys Pet Sounds, while the British duo are closer to publish their awaited new album. The rest of bands confirmed in this series have been Explosions in The Sky, Joe Goddard, Aterciopelados, Los Punsetes, Idles and Zazkel.