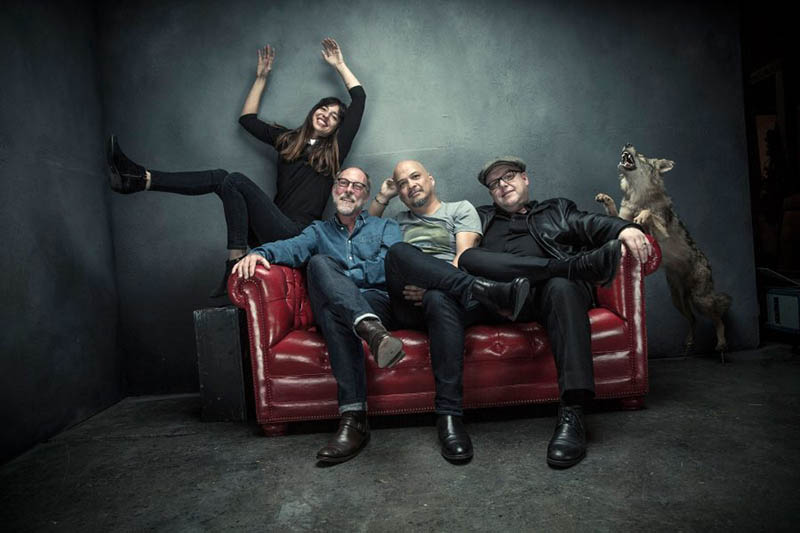 After 15 years without being able to enjoy them in a concert hall in Barcelona, Pixies achieved a sold out at a Sant Jordi Club that was small before the attack of nostalgia and revival of an audience that was around 40 years old on average and that didn't seem to care that the reason for this tour is the presentation of their new album, Head Carrier, launched a few months ago and in which Paz Lenchantin finally exercises as a full member of the band, replacing Kim Deal. With a sober set in which barely highlighted a couple of sets of lights, the Boston band went on stage under the chords of their version of "Cecilia Ann" of The Surftones, without saying a single word of presentation (in a sample of the general tone of the concert), to later make it clear that the night was going to be a broad tour of their most successful discography, the one that in just 3 years (87-89) bringed them to stardom. "Nimrod's Son", "Mr. Grieves" and iconic "Where Is My Mind?" almost chained put the Sant Jordi Club upside down in the opening moments, to later play an epic "Vamos", in which we could see the more untied Joey Santiago of the whole show enjoying the song between feedbacks and distortions.

A little more relaxed impasse where sounded their classic version of "Winterlong" by Neil Young and a decaf "Wave of Mutilation" was the opening door for the madness that came back with eternal "Here Comes Your Man", chanted in unison by a crowd that also jumped with "La La Love You", the only one of the whole concert in which the drummer David Lovering had the protagonism on the vocal side. After another major exercise of rock in "Bone Machine", already with Frank Black on the electric guitar, would arrive again a small comedown with the higher presence of some songs from their last album, but the trio "Cackity Jones" – "Isla de Encanta" – "Caribou" was in charge that the environment became excited again for what would be an apotheosis final.

Black's sharp tones in "Gouge Away" kicked off what would be an almost perfect monographic of Doolittle. "Debaser", "Tame" and "Hey" achieved to make us back more than 25 years, when Alternative rock was not just a label and you could feel it as your own. And just at that moment, when everything seemed to go with tail wind, when we were waiting for "Monkey Gone to Heaven" or the selection of Bossanova's songs with "Dig for Fire" or "Velouria", the band decided that the concert was due to end, leaving us with a sensation of a coitus interruptus.. It was useless the applause and obeisances of the public, which could only enjoy "Into the White" as a single bis, and that left a small bitter aftertaste although the concert was remarkable in general terms, sustained by that interminable of great hits that the band of Massachusetts has in its wide trajectory, and in which highlighted for good the perfect integration of Lenchantin in the global sound of the band.