Sometimes it is gratifying to note the evolution on the proposals of a band also means a sharp increase in the number of followers. A good example of this would be the casuistry of English Foals, who from their splendid first album Antidotes more than eight years ago, have gradually raise up steps in the international recognition until they reach to easily fill venues like the Heineken Music Hall or be considered headlines for renowned festivals such as Bilbao BBK Live, sharing the front row on the lineup with bands like Arcade Fire. 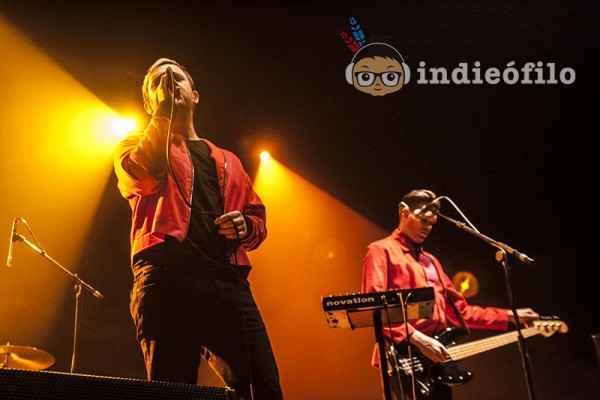 On their second visit to the Dutch capital in just over six months (they already presented the new album in September at Melkweg), the Oxford count again as luxury warm-up band with their countrymen Everything Everything, in a line-up that is becoming a classic in the tours of Foals. The Mancunians offered a show with some short of connection with the public supported by the falsettos of their singer Jonathan Higgs (Just as an example is the perfect "Regret") and also an outstanding percussion such as the one we could enjoy on songs like "Kemosabe". For the end of their colorful concert, they chose the two themes with more punch from their latest LP Get To Heaven, "No Reptiles" and accelerated "Distant Past", creating a false feeling of having offered a much more energetic and busy concert than what really was.. 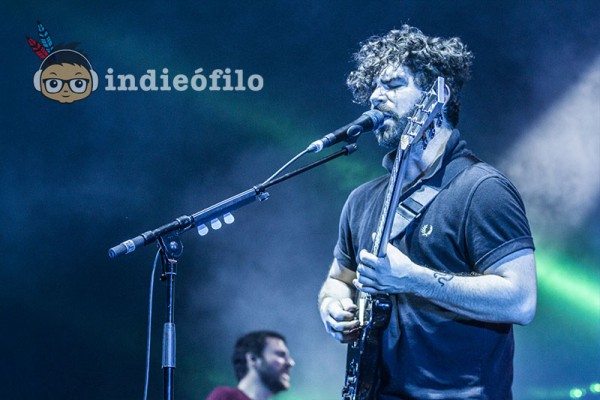 After about 40 minutes of break, however enlivened by the excellent debut album of Canadian Viet Cong, the band led by Yannis Philippakis took the stage under the strains of "Snake Oil", well received by an audience that later became silence with the incredible and now old on their discography "Olympic Airways". Maybe that's why the band tried to end quickly with it and chain it with the danceable "My Number", retaking control of a somewhat cold room in which only the front rows seemed to be involved in the concert. Despite the significant presence of Jack Bevan's drums, it was not until the guitars and synthesizers took part in "Providence" when the show took off, leading to a great atmosphere for the hit "Mountain at my Gates" or the vast "Spanish Sahara", probably the best song of the concert thanks to the emotion of the first chords and the impressive choir of the public in an endless finish.

Song after song the band toured their discography, to get into an apotheosis final stages with an  closed with "A Knife in the Ocean" and "Inhaler", in which the distorted voice of Philippakis and asphyxiating effects of the guitars led the public to an absolute ecstasy. However, there would still be time for the next level with a memorable encore in which we could enjoy "London Thunder", "What Went Down" with the leader of the band doing crowd surfing on the front rows and the math side of the British in "Two Steps, Twice", with Yannis and Jimmy Smith transformed into jedi and Sith performing a kind of battle of lightsabers with their guitars. In short, great ending to a concert that gone from worse to better, in which the public perhaps responded too late to the good deeds of the English and also demonstate that the band is one of the great figureheads of recent indie style.