Just three months after his last concert in Barcelona, Sting returned to the Catalan city as part of the Festival Jardins de Pedralbes with the challenge of filling the venue with the high price of tickets.. But few things are impossible for the British artist, which offered a great concert of about two hours before an audience that filled all the way all the seats at the stage located at the entry of the Palau Reial of Barcelona. 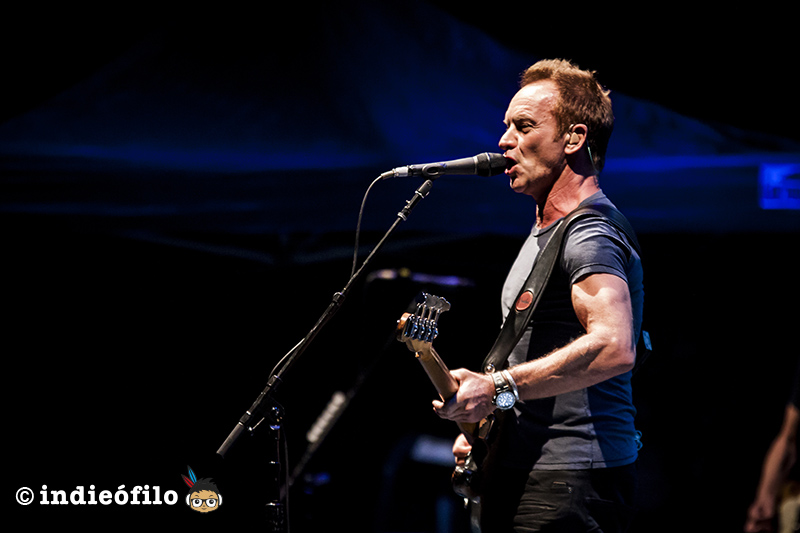 With a luxurious group of musicians that includes his son Joe Sumner to choirs, father-son couple Dominic and Rufus Miller to guitars or Josh Freese on drums, the Englishman started his concert recalling songs from The Police as "Synchronicity I" and "Spirits in the Material World", to later delight a mainly adult audience with one of the great hits of his solo discography as "Englishman in New York", making clear from the beginning that the night was going to be a continuous repertoire of great hits. 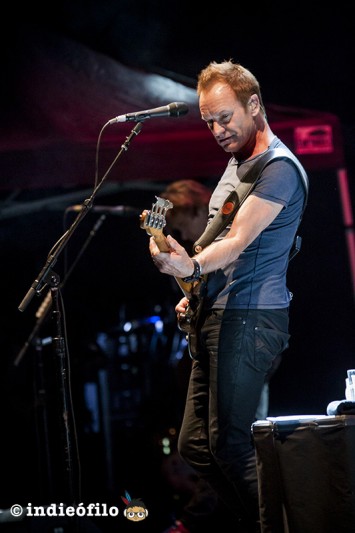 So, between some tracks from his last album 57th & 9th (2016) and classics like "Every Little Thing She does Is Magic", "Fields of Gold" or "Shape Of My Heart" passed fast a first part of the concert dominated by the accordion rhythms of Percy Cardona and acoustic guitars, leaving us even some approaches to reggae or blues in some of his best known songs. It would be necessary to wait for "Message in a Bottle" so that the concert takes off, as much in the spirits of an audience that finally got up of their seats, as of on the band side, that began to accelerate little by little the basic rhythms of their songs, as happened in the cover that his son did as lead vocal of David Bowie's "Ashes to Ashes".

With that festive atmosphere, Gordon Sumner appealed all his experience to start chaining songs from The Police and unleashing the madness in a final 30 minutes apotheosis, where we could enjoy mythical themes like "Walking on the Moon", "So Lonely" or " Roxanne", this last one with a change to blues rhythms in the middle of the song that suddenly turned into a small and delicious cover of “Ain't No Sunshine" by Bill Withers. There would still be time for two sets of bises that were quite celebrated by the public, the first focusing on The Police with "Next to You" and "Every Breath You Take" for the rejoicing of a few rows of audiences who doesn't care about anything about the concert and who could finally had the chance to record an Instagram stories to make their friends jealous by demonstrating that they had been at the concert, and a second more intimate to close the concert with "Fragile". 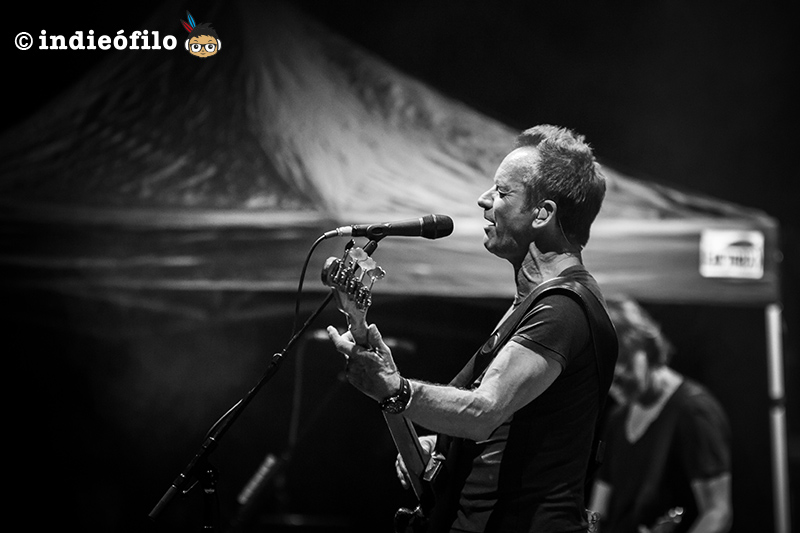 So, great night the one that the British offered us in a unique environment, where all the great hits of his discography were sounding one after another to the delight of a lenient audience that at times seemed to be more aware of the number of likes in their photos in social networks instead of the amazing concert offered by a legend of the music like Sting.