Spanish Festival FIB 2017 kicked off with an opening day in which highlighted the presence of one of the main stars of the current mainstream as the American The Weeknd, but also the prestigious performances of the British Ride, Bonobo, Kaleo or Spanish bands like Viva Suecia and Belako. 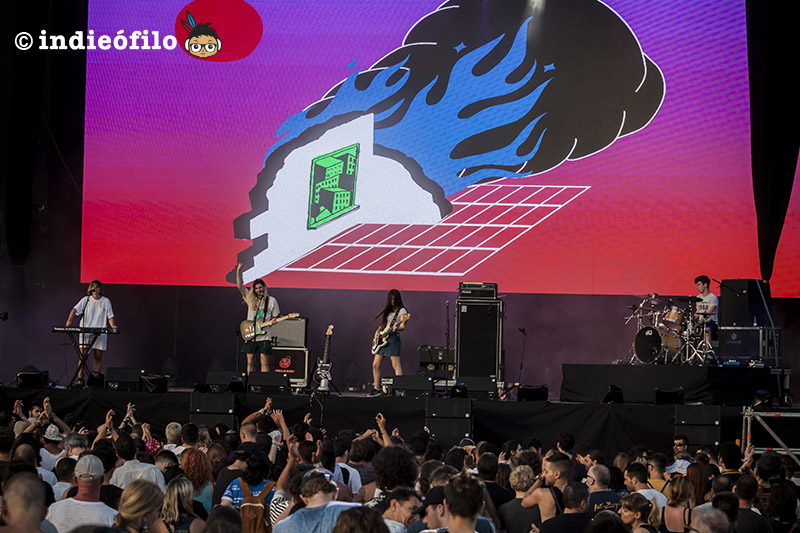 Precisely the Basques would be our first band of this edition at Las Palmas stage in the middle of the afternoon with a show full of energy that surprised much of the British public that were waiting for their bands. The quality of their show was incredible high, with Cris Lizarraga in a stellar role, that the director of the festival Melvin Benn recognized in the official press conference of the festival celebrated on Sunday that theirs was not only the best concert of the festival, but also the best one that he has seen all year. 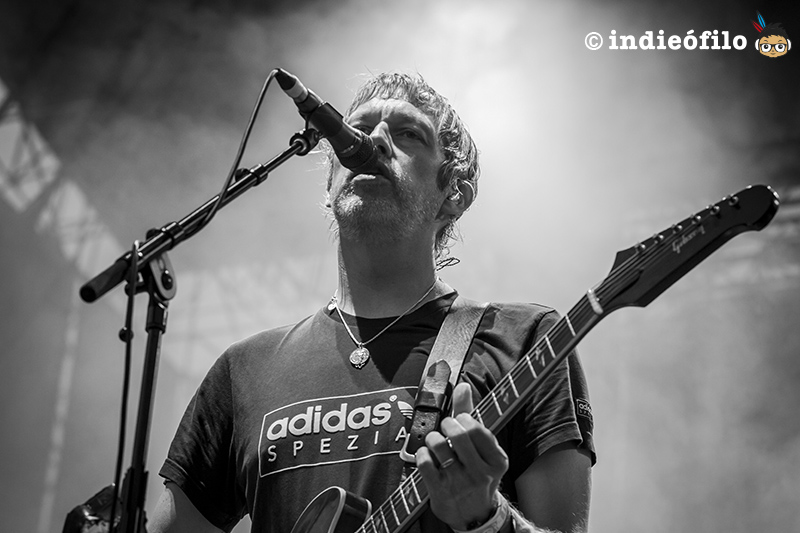 Andy Bell – Ride – Photo made by Víctor Ramos for Indieófilo©

After a few failed minutes trying to give a new try to Trap style on the festive stage South Beach with the Canary Bejo, we returned to the main stage where the mythical Ride delighted the few British non-teenagers that were at that time on the fairgrounds. With a much better sound than two years ago at Dutch Best Kept Secret Festival 2015, the band of Andy Bell and Mark Gardener took advantage of the bass power of the stage to unfold some incredible dark sound walls, as would be demonstrated by the powerful "Vapor Trail" and "Drive Blind" with which they closed the concert. 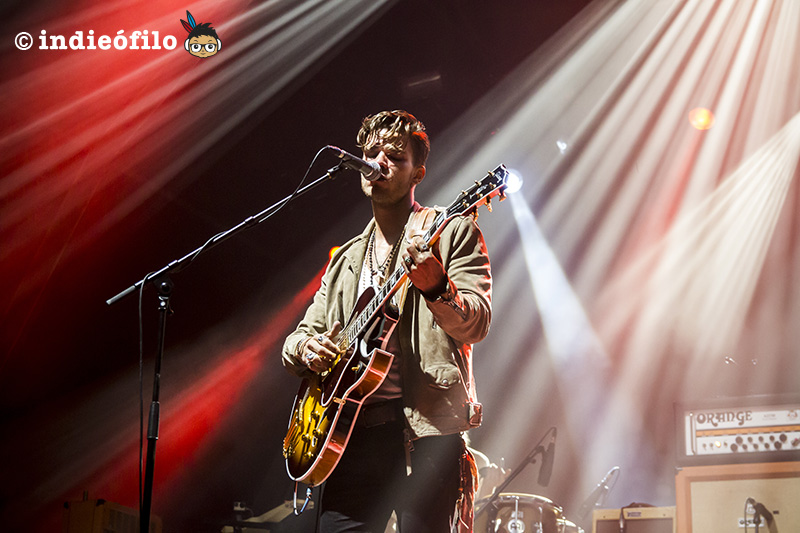 The great find of the day for us were the Icelandic Kaleo, who beyond their good-vibes and pretty flat hit "The way we go", deployed a show full of rock and guitars outside of the canons established by their hit that sounds on the radios around the world. With their leader JJ Julius Son with an unusual overflowing charisma on the bands of the small Nordic country, theirs was one of the concerts of the day on the VISA stage. Quite the opposite, much to our regret because they are one of our favorite Spanish bands, than the Valencians Tortel. Continuous sound problems in vocals and guitars detracted their show, that despite the good work of Jorge Pérez and company, was deflating quickly to leave a half-empty tent around the middle of the concert. 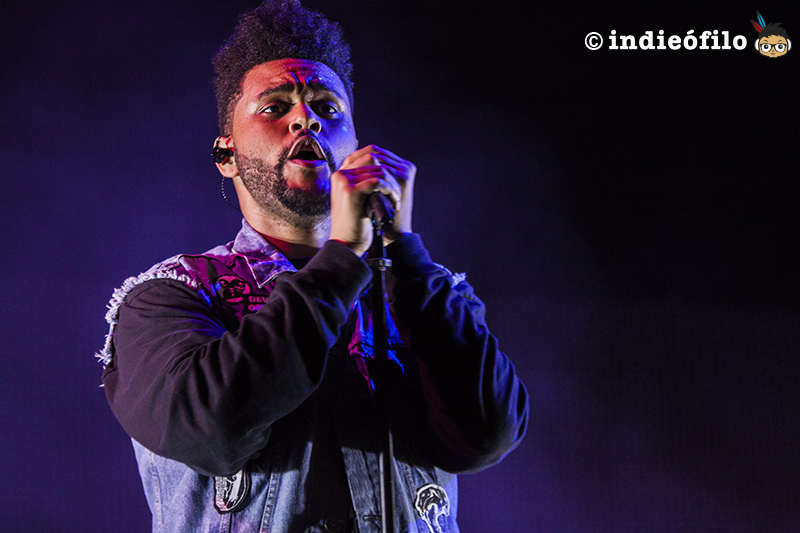 The Weeknd – Photo made by Víctor Ramos for Indieófilo©

By then, the hordes of young people who had already invaded the venue crowded into the main stage to enjoy the great claim of the day, The Weeknd. With a spectacular staging and a clear sound in which he emphasized the quality of his voice, the concert started off with "Starboy" and "Reminder", leaving us an incredible first minutes. However, as the minutes passed, their concert became monotonous and bland because of the repetitive bases with not so much variety that only seemed to delight a few rows full of teenage fans. By the time that at the end of the setlist they sounded "Can not Feel My Face", "I Feel It Coming" and "The Hills", it was too late and much of the audience had gone to other stages. 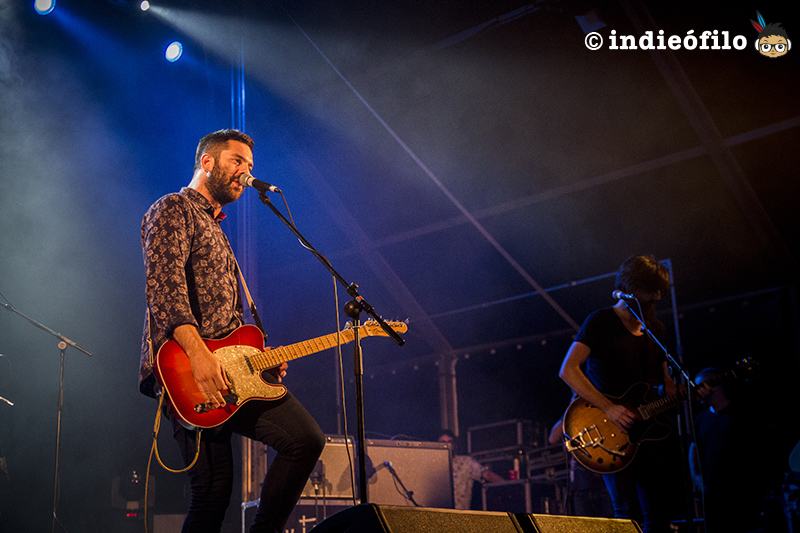 Viva Suecia – Photo made by Víctor Ramos for Indieófilo©

In our case the bet was clear, the band from Murcia Viva Suecia. After their mini show at Crüilla, the band of Rafa Val confirmed to us all the good that was foreseen in their concert of the last week in Barcelona. With a start focused on their new album Otros Principios Fundamentales (2017), little by little they were playing songs from their previous album La Fuerza Mayor (2016), without losing at any time a bit of quality thanks to the great sound of the band in its whole, being impossible to highlight any of their members above another. Their awaited closure with "Bien por ti" was one of the moments of the Radio 3 stage throughout the festival. 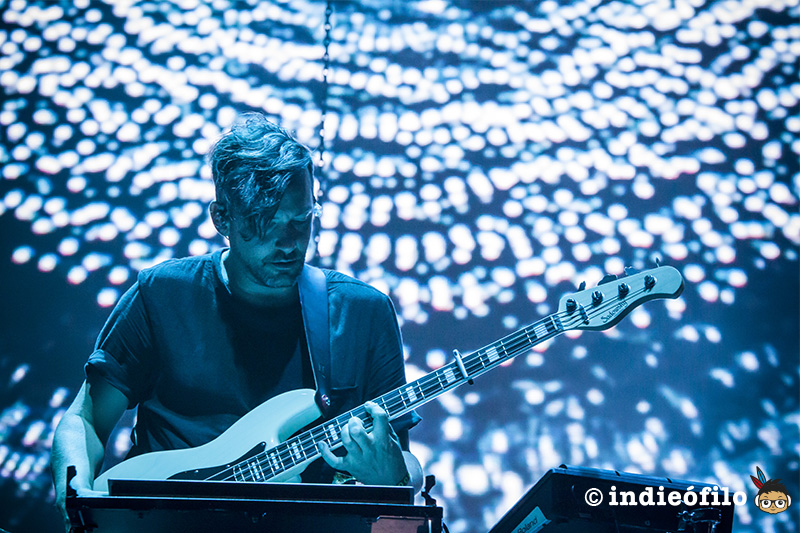 Simon Green – Bonobo – Photo made by Víctor Ramos for Indieófilo©

The desire to enjoy until the end the band of Murcia made us run a lot to arrive on time at the concert of Bonobo, but without any doubt the waste of energies was worth. With a very similar show to the one that he gave last March in Madrid and Barcelona, the English delighted everyone with a delicate and precious session full of shades that arose from the synthesizers or the multiple instruments that were up on the stage. Few people could doubt that Brighton guy, along with the Germans Moderat, have raised the bar of lyrical electronics to an unimaginable level a decade ago.