After a first warm up day that was clearly won by Enrique Bunbury, Catalan Festival Cruïlla 2018 open all the stages in a second day in which Prophets of Rage, N.E.R.D. or Lori Meyers, among others, stood out. 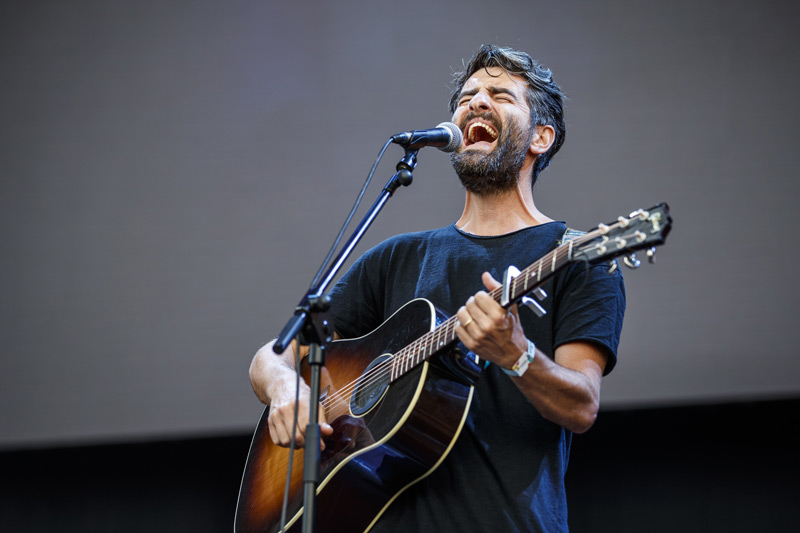 The day began with Joan Dausà on the stage of Cruïlla Enamora, where the Catalan played much of the discography of his group Joan Dausà i els Tipus d'Interès. With a somewhat low volume in the voice on the first tracks, the concert gradually picked up pace as Joan himself interspersed the keyboards with the guitar and even a piano. In the final songs, and coinciding with the fact that from the main stage the people of N.E.R.D. decided to set songs at full volume, there was an annoying overlap of music that the Catalan resolved with mastery increasing the general volume of his show and leaving us with great moments like the performance of "Jo Mai Mai". 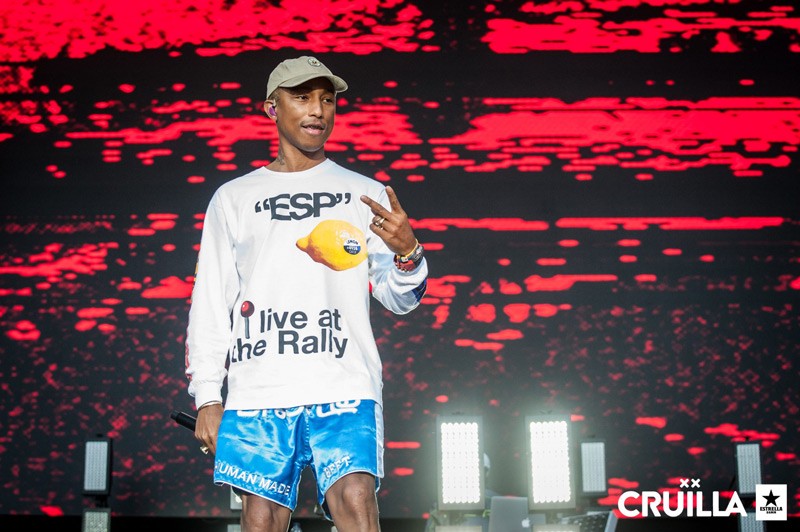 As we said, North Americans N.E.R.D. led by famous Pharrell Williams were the ones in charge of opening the main stage, and they did it with a heterogeneous mix of hip hop, rock and R&B. A big spectacle in which Pharrell and Shay Haley, together with the help of a group of dancers, managed to make a large majority of the audience jump and dance despite the general ignorance of their music… This shows Pharrell's high level of leadership as a true leader and that their concert was a pleasant surprise for a majority who wanted to have a good time at all costs. A good example of this is that songs such as "She Wants To Move", "Rock Star" and "Spaz" were hardly sung by an audience that would go crazy with Pharell's own medley of collaborations with other artists, including "Hollaback Girl", "Blurred Lines" and the well-known "Get Lucky". 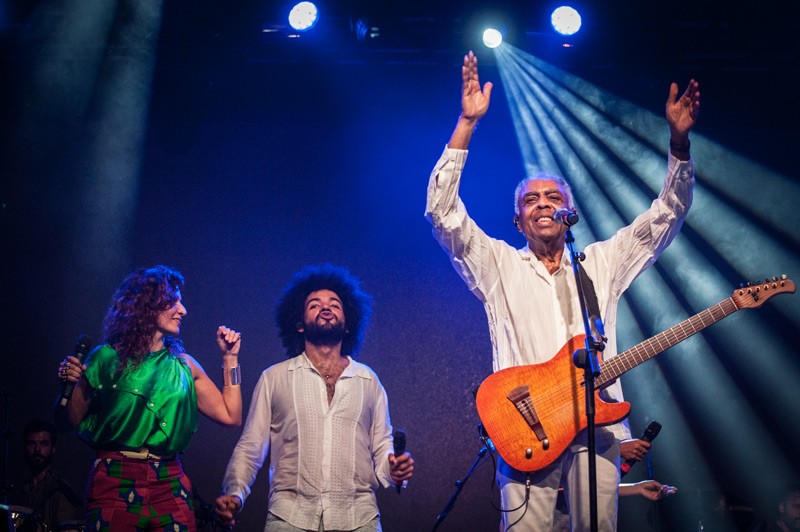 Unfortunately for us, and like in Joan Dausà's show, his thunderous sound would be heard during the first few minutes of the concert in which Gilberto Gil celebrated the 40th anniversary of one of his most famous albums, Refavela (1977). The Afro-Latin rhythms of the album flowed little by little with the help of exceptional collaborators such as his son Bem Gil (incredible, by the way, his version of "Balafon"), Mestrinho or the Italian Chiara Civello, giving us with great moments like "Aqui e Agora" or a great cover of "Three Little Birds" by Bob Marley & The Wailers. In the final moments of the show, the greater presence of the Cape Verdean Mayra Andrade, who even performed a song native to her country, further raised the pace of a magical concert that served to a large part of the young audience that was at Cruïlla to discover the great Gilberto Gil. 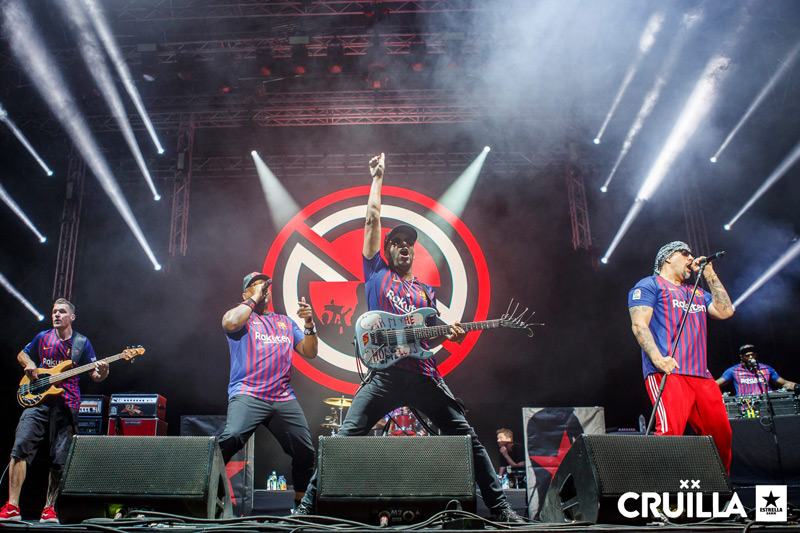 After enjoying the fire and light show that aquelarre de Cervera brought to the Time Out stage, the main stage was waiting for us with those who were going to be the great winners of the day, Prophets of Rage. The megaband with members of Rage Against the Machine, Public Enemy and Cypress Hill turned the festival upside down with rock and hip-hop, focusing much of their repertoire on the extensive discography of Rage Against the Machine and forgetting a little of their only album as a band. With the entire band wearing F.C. Barcelona t-shirts and Tom Morello as their absolute master of ceremonies from their spectacular guitar riffs, the Americans went from worse to better in a concert that didn't get off the ground until Chuck D gave the starting gun with "Fight the Power" from his Public Enemy… From here on, only a few songs of rest on a setlist that included "Guerrilla Radio" or "Sleep Now in the Fire" by RATH, but also Cypress Hill hits like "Inside in the Brain", "Yo Quiero Fumar" or "How I Could Just Kill a Man" by Public Enemy like "Bring the Noise" or "Welcome to the Terrordome" or a version of the mythical "Jump Around" by House of Pain. It's true that these songs are a bit dwarfed by the hits of Morello's band and company, but the strength of the final trio "Bulls on Parade", "Freedom" and the brutal "Killing in the Name" makes it difficult to ask for more Cypress Hill or Public Enemy songs. After an hour and a half of madness in the form of jumps and flying beers, the activist band would say goodbye painting at the giant LED screen "Make Barcelona Rage Again" and making it clear that in the absence of Zach de la Rocha, B-Real is the perfect bet to replace him with both his nasal voice and his charisma. 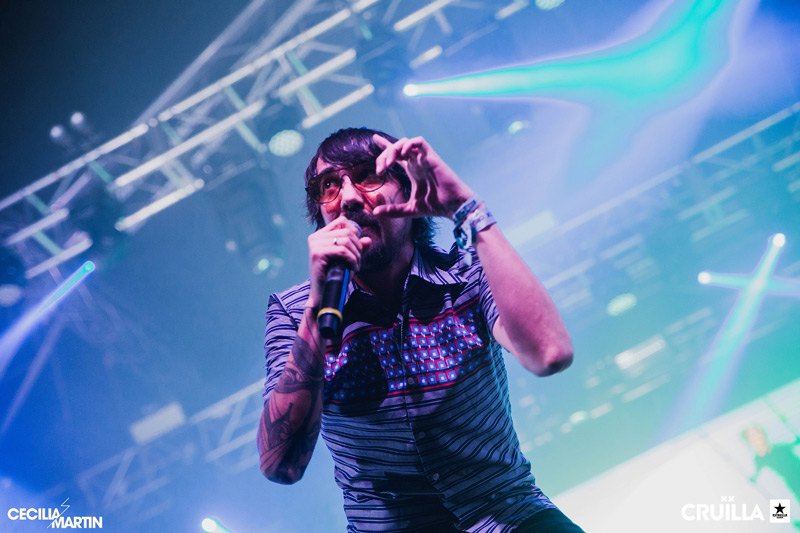 The incredible concert of Prophets of Rage concert made it impossible for us to see the entire Lori Meyers show. The about 30 minutes we listened left us with a setlist and a show practically identical to the one we enjoyed at Santader Music 2017, but this time with a weak overall strength in its sound. This loss of power meant that some songs like "Siempre Brilla el Sol" or "Mi Realidad" didn't have the clarity that Noni and his band are used to, but that didn't seem to matter much to an audience crazy about the band's greatest hits.