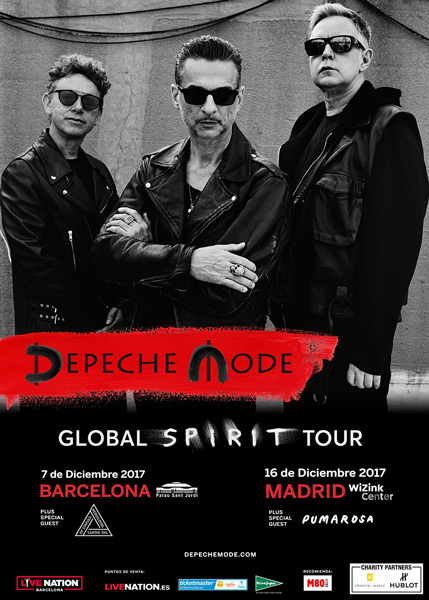 After announce in mid-July that Depeche Mode have included Barcelona and Madrid in their "Global Spirit Tour", today we have finally known the openings act bands for both concerts. The Chinese band Re-Tros (Rebuildings The Rights Of Statutes) will be in charge of opening the concert at Palau Sant Jordi in Barcelona on December 7 showing their post-punk full of synthesizers with they have dazzled half Asia on their last album Before The Applause (2017), while the British Pumarosa, which we could already enjoy at past London Calling 2016 in Amsterdam, will be the opening act at the Wizink Center in Madrid on December 16th.