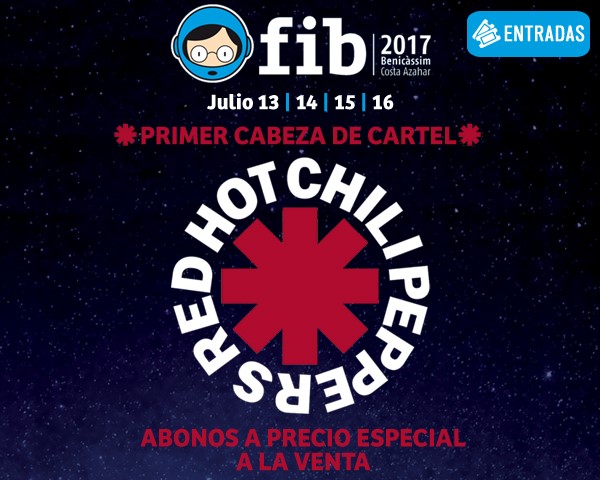 One of the big Spanish festivals, FIB 2017, has just announced its first major headliner. Confirming a rumour that emerged a few hours ago on the social networks, the festival which will be held from 13 to 16 July 2017 has confirmed that Californians Red Hot Chili Peppers will headline one day. The band of Anthony Kiedis and Flea will present their new album The Getaway in what will be the first performance of the band at the festival of Benicàssim and the only one in Spain in 2017.

We remind you that 4 days tickets (with 8 free days of camping at Campfest) are still available at the official Website of the festival with a promotional price of € 100 (+ booking fee). As of November 11, its price will be 120 €.