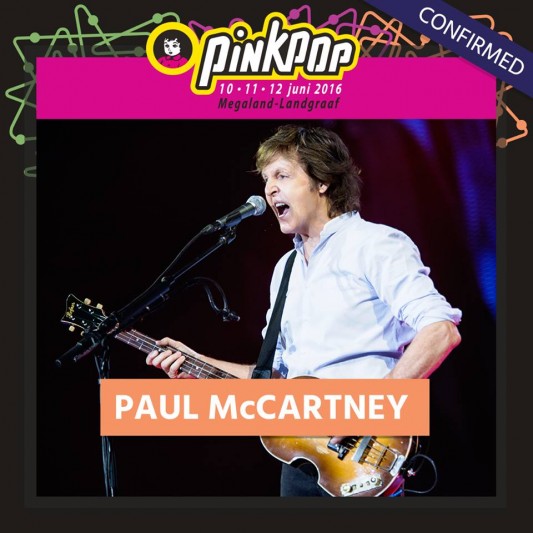 After weeks of rumours, it finally became true.. Paul McCartney has been confirmed as the closing act at Pinkpop 2016, the festival that will take place at Landgraaf from 10th to 12th June. It will be the first time that the old former Beatle has appeared at a Dutch festival, and according to Jan Smeets, director of the festival, ‘it is almost unbelievable’. The new was confirmed at Paul McCartney´s official website, where he wrote ‘I love a festival audience and we plan to close Pinkpop with a massive party. I’ve not done a festival in the Netherlands before, so it’s an exciting new experience for me and for the audience, so we can all rock out together. Get ready, Pinkpop, we’re on our way. See you in June.’

McCartney is the third big name of the festival, after the confirmations some months ago of Rammstein and Red Hot Chili Peppers.

We remind you that tickets for the festival will go on sale next Saturday February 20th at Ticketmaster, just 4 days after the press conference where the full line up will be announced, with a price to determinate yet.