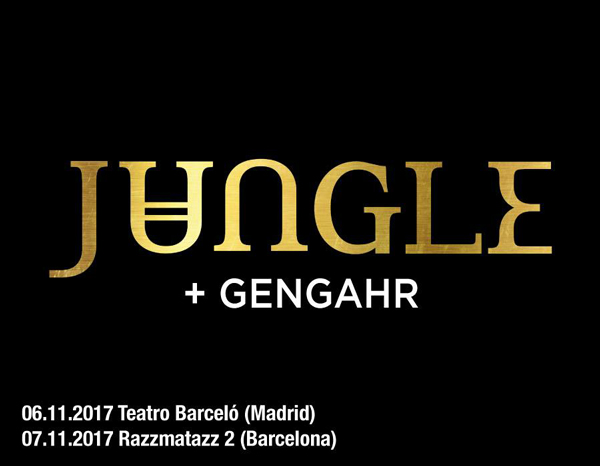 One of our favorite bands, British Jungle, just announced that they will perform in Madrid and Barcelona next November. Since their hypnotic concert at the London Calling May 2014 held at Paradiso in Amsterdam months before launching their first album, the band led Tom McFarland and Josh Lloyd-Watson has been captivating us by leaps and bounds with their mix of 70's disco style, soul and funk in big Festivals such as Lowlands 2014 or Primavera Sound 2015. Waiting for a new album, the concerts on November 6 in Madrid (Teatro Barceló) and November 7 in Barcelona (Razzmatazz 2), in which they will also have the Londoners Gengahr as opening band, seem to be as a unique opportunity to listen some new songs.

Tickets for both concerts are now on sale with a price of €28+fees through Redtkt & Ticketmaster. In the case of the concert of the Catalan city, they will also be soon available at La Botiga del Primavera.