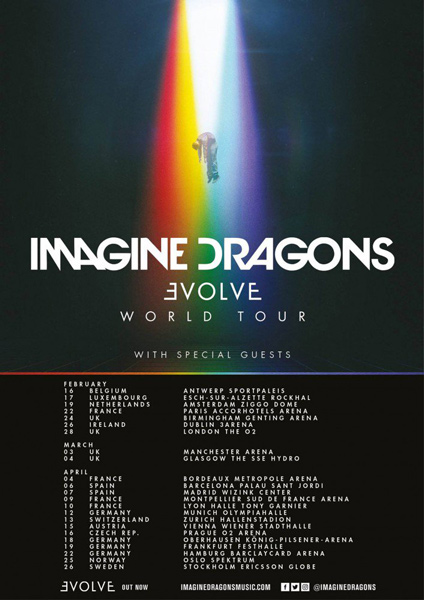 American band Imagine Dragons have just announced the European tour where they will present their last album Evolve (2017). The concerts are scheduled to start on February 16 in Belgium and will extend into late April, when the tour will end next April 26 in Stockholm. The name of the special guests will be announced shortly.

The general ticket on-sale will begin on September 22, 2017 at 8 AM GMT. Tickets for shows in Spain, whose prices range from 40 euros to 60 euros + fees, could be  pre-order through livenation.es on Thursday, September 21 at 10:00 am, while the general sale will be enabled from from 10:00 am on Friday the 22nd of September at the usual ticketing platforms: livenation.es, ticketmaster.es and ticketmaster network (FNAC + Carrefour + Halcón Viajes).